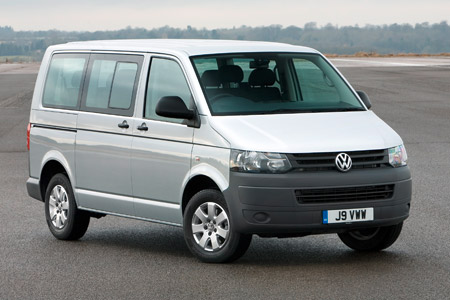 Something I’ve never really understood about people carriers is why so many are based on cars if they need to carry people.

The car-derived people carriers, such as the Ford Galaxy and Volkswagen Sharan are great at carrying five people, and do a good job of carrying seven.

But they still sometimes fall short of carrying all the kit those seven people might need to transport with them.

And don’t get me started on the smaller lower-medium platform derived people carriers.
Occasional seven seaters at best with all seats in use, and when you do that there’s hardly any luggage space.

If the job of a people carrier is to carry people, then in my view only the van-derived variants are up to the job.

We tried the Volkswagen Transporter Shuttle recently, loaded it up with people and delivered them home safely from an event in London.

Rivals for the Transporter Shuttle include the Mercedes-Benz Vito Shuttle, multi-seat versions of the Citroën Dispatch, Peugeot Expert and Fiat Scudo as well as the Hyundai i800.

The Transporter Shuttle is available in S and SE specification with seating for eight people as standard (including driver), although our test vehicle had an optional double front passenger seat and could seat nine.

The Shuttle comes with the T30 chassis and standard roof height only, although there are standard wheelbase and long-wheelbase options.

It is designed to offer buyers a functional people carrier/MPV and is primarily aimed at the hotel and airport shuttle and taxi sector, though also would be suited to people with large families or businesses.

There are ISOFIX child seat mountings in the first row bench seat. Although it has a tailgate with heated rear window and wash/wiper system as standard, the choice of options includes rear doors and electric side doors, or for added passenger safety there are side, front and rear curtain airbags available.

The shuttle features sliding doors on both sides of the vehicle, electrically-adjustable mirrors and electric windows; SE versions have body-coloured bumpers, chrome trim on the radiator grille, wheel trims and air conditioning with rear roof vents as well as carpeted floors. But there is also an extensive options list.

The Transporter has a van-like driving position, but it means you sit high with an excellent view ahead, and the seats seem ideal for long hours spent in them. Refinement from the 2.0 TDI engine is excellent.

The optional seven-speed DSG transmission also makes easy work of city traffic, although the Transporter’s size still makes it more cumbersome than a car. It’s also less fuel efficient than one. But the benefits of the space and practicality of something designed to stand up to heavy use could well offset the higher costs.