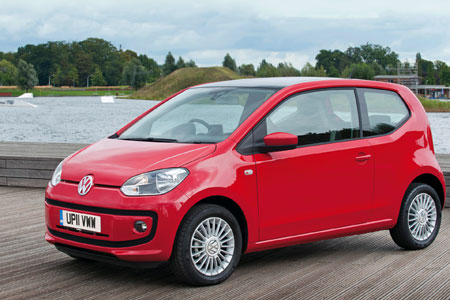 A small car set to give fresh appeal to Volkswagen will not be making a big impression in the UK fleet market – for the time being.

The funky Up runabout, designed to cut a dash in urban motoring, is to be kept out of the reach of business buyers for at least 12 months.

Fleet News can reveal that of the 11,000 examples likely to be sold here next year, only 900 are earmarked for the fleet sector because Volkswagen UK wants its retail network to have priority when it goes on sale in spring.

“Up has a significant job to do for the brand in achieving substantial volume improvement but there are issues,” said head of fleet Vincent Kinner. “There’s less margin for retailers than other models and the fleet sectors we think it best suits – bodyshops and rental – are the two most expensive areas of the market.”

As the next-generation city model was previewed in Rome, he added: “I’m not saying this is not a fleet product – I believe it will generate interest from the public sector – but we’re just keeping our powder dry at the moment. If we can sell into retail, competing in the most expensive fleet channels makes no sense at all.”

Designed as affordable and fun transport for both young and older drivers, the 1.0-litre city car boasts sophisticated styling, an interior big enough for four and versatile luggage space extending from 251 litres to 951 litres, the biggest in the class.

Balancer shafts have been discarded in the German group’s latest three-cylinder engine, which develops 73bhp in the High model, but the Move version still matches the output of the 1.2-litre three-pot unit currently driving the Polo (59bhp) and is a robust performer that spins freely, quietly and smoothly.

On offer as a £400 extra and packaged with ESP, emergency braking detects the risk of a collision at speeds under 18mph and slows the car automatically.
Another significant novelty is a £275 option packaging navigation, phone, information and entertainment into a dash-mounted system that can be removed and operated independently of the car.

A £9,330 Move BlueMotion Technology version features stop-start technology, battery regeneration and low rolling resistance tyres to cut emissions to 97g/km and fuel consumption to 67.2mpg and five-door Up models will be added later next year, along with the option of automated five-speed transmission.