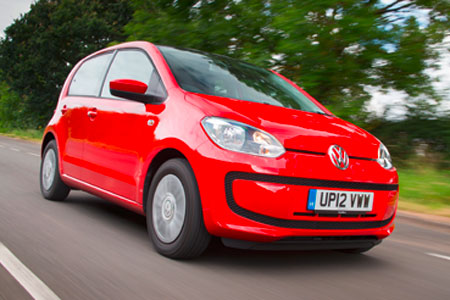 After picking up a string of awards this year, it’s fair to say the Volkswagen Up has been well received since arriving in the UK in January.

Flying high on this success, the manufacturer is now offering its city car with a new five-speed ASG automatic gearbox for an additional £595.

While this might seem an inexpensive auto option, it’s because it’s a manual gearbox with an electronic gearshift rather than a traditional torque converter auto.

The Up is a fun, quirky and stylish small car. Choosing the ASG could improve efficiency and fuel consumption, but is it worth choosing in pursuit of lower emissions?

With only 60bhp on offer, it’s never going to feel fast, but the five-speed gearbox certainly doesn’t make acceleration any easier.

Noise from the three-cylinder engine also intrudes into the cabin under hard acceleration and it is when you need the car to move quickly that the gearbox really struggles.

The Up isn’t the only car with this type of gearbox which feels hesitant in automatic mode when you need it to kick down a gear or two. The answer is to better anticipate traffic and overtaking opportunities and use the gearstick to shift manually.

Around urban areas and when driving at a steady speed, the Up cruises well and it is easy to drive with light steering and nimble handling.

We tested the five-door 1.0 litre Move version. The extra doors over the three-door models increases practicality and the boot offers 251 litres. Folding the rear seats down increases this to a class-leading 951 litres.

It’s easy to criticise small cars for being a little bland and utilitarian, but the Up is fun, the interior is cheerful and quirky and the console controls and dials are refined.

Priced at £9,985, the ASG Up Move more than stands up against other small car automatics in the market with low running costs and a benefit-in-kind tax band of 11%.

For an additional £290, you can opt for the Maps & More navigation and infotainment device that comes mounted on the dashboard.

Compared to its manual counterpart, the ASG would save a 20% taxpayer £5 this year in BIK tax, but overall it’s more costly than the manual and not worth the extra investment.