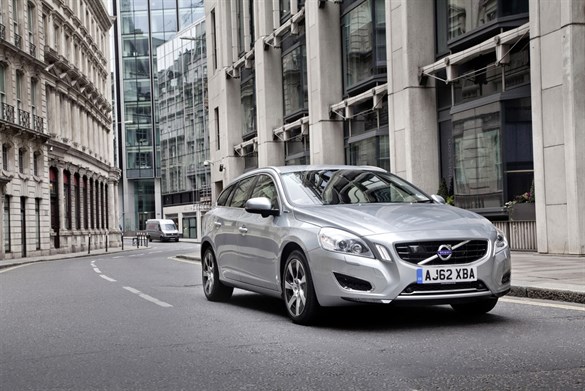 If you have had experience of a plug-in hybrid car yet, then you’ve been very lucky. Plug-in hybrids are meant to bridge the gap between an electric vehicle and filling up with fuel.

They qualify for the plug-in car grant of £5,000 off the total price of the car and could cover the distance of a commute with electric power with an internal combustion engine as back up to avoid the “range anxiety” associated with pure EVs.

Last year Toyota launched the Prius PHV, which offers up to 18 miles of plug-in charge (taking  90 minutes to power up from a domestic supply), and once that is spent, it behaves like the standard Prius with up to two miles of zero-emissions travel available from recaptured energy.

The next major plug-in hybrid launch is the Volvo V60 Plug-in Hybrid. It’s the world’s first plug-in diesel hybrid production car, and works quite differently from the Prius PHV. Using Volvo’s 215bhp 2.4-litre D5 diesel engine, the car is actually badged D6 to signify the increase in performance when the electric motor is used in conjunction with the engine.

A plug-in charge (taking around four and a half hours from empty at a standard domestic plug) will give the V60 up to 31 miles of pure electric range. Selecting pure mode will keep the battery power locked in, driving only the rear wheels.

It will give the V60 enough acceleration to keep pace with urban traffic, and is capable of a maximum speed of 78mph. Selecting hybrid mode will allow a combination of the diesel engine and electric motor to drive the V60 – as long as there is charge left in the battery – and electronics decide on the best combination for the conditions. 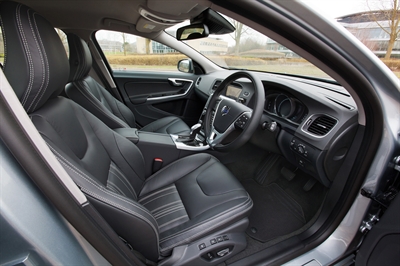 ‘Power’ mode delivers maximum performance from the electric motor and gives the car stronger acceleration than the petrol-powered V60 T6.

One of the buttons on the dashboard can save battery power for future use. Even if the plug-in charge is depleted, the battery will be charged by the engine when driving and store up to 12 miles of range should the driver decide zero emissions would be beneficial later in the journey.

The positive from a BIK tax perspective is CO2 emissions of 48g/km, which means the car will qualify for the ultra-low emission vehicle rate of 5%. In theory it equates to 155.2mpg on the combined cycle, but that’s an unrealistic figure. Drivers using the electric motor for the vast majority of the time might exceed that figure, but prolonged use of the engine would see something more like a conventional car, although the more the electric motor is used, the better the fuel consumption figure will be.

The version of the V60 we drove has the original appearance, although Volvo’s entire 60 range was shown facelifted in last month’s Geneva Motor Show. A new-look V60 plug-in hybrid will appear in June.

Volvo is not disappointed at having to launch a car that will look dated in two months. The new-look variant will be mechanically identical. It is calling this launch version of the V60 Plug-in Hybrid a Limited Edition, with only 1,000 built. All have been pre-allocated and sold with 150 earmarked for the UK.

A downloadable smartphone app can give drivers access to a wealth of information and allow them to set the car’s climate control while it’s plugged into the mains to avoid draining the battery. The app can also monitor precisely the fuel use of the vehicle.

The car’s on-the-road price is a fairly steep £48,775, although with the plug-in car grant, the cost drops to almost £44,000. It still makes it about £6,000 higher than the equivalent V60 D5, but fleets that make use of the electric motor should see a saving, and drivers will benefit from lower BIK tax payments. Employers will also see a much lower National Insurance payment for provision of the hybrid as a company car. 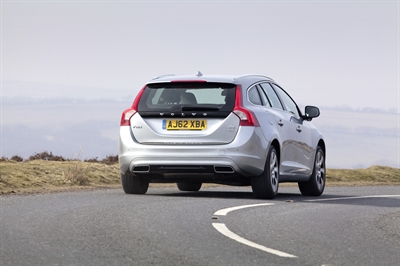 Drivers will certainly appreciate the performance, and Volvo engineers have worked hard to ensure the transition between electric and diesel is smooth, as well as harmonising both power units in conjunction with each other.

The only major criticism is a harsh ride, particularly over low-speed bumps, even on 17-inch wheels, which are small by high-performance car standards. The V60 – among a long list of standard equipment – comes with sports suspension, but in the case of the hybrid it would seem an unnecessary addition.

The battery pack also means you sacrifice a little boot space, while the fuel tank size has also been reduced to 45 litres. Using both diesel and electric power should give the car around 500 miles of range though, which easily makes it more useable than a pure electric model.

The V60 Plug-in Hybrid will be low volume, but there will be applications where the driver is entitled to a premium car and their driving is particularly suited to a plug-in hybrid. It also bodes well for future large Volvos – including next year’s all-new XC90 – and the likelihood of plug-in hybrid variants.