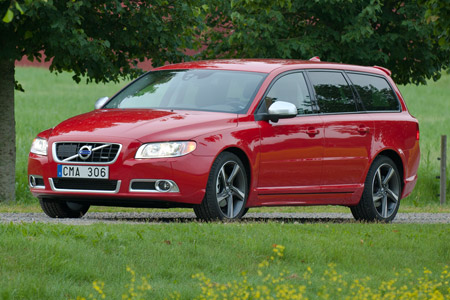 It has long been the case that most people choosing a large Volvo would prefer an automatic trans-mission. Although, historically, automatic transmissions have meant higher fuel consumption and CO2 emissions, many would prefer to pay for the comfort and convenience.

It seemed slightly incongruous that the lowest CO2-emitting large Volvos – DrivE versions of the V70 and S80, but now badged D2 – came with a five-speed manual gearbox.

The benefit to the fleet operator was that it could offer an upmarket and sophisticated estate car with low BIK liability, as long as he or she could sell the manual gearbox (and comparatively low power output) to the user-chooser.

Now customers can have their low-CO2 large Volvo with an automatic transmission – in fact, the D2 is only available with a Powershift dual-clutch gearbox.

Power is increased from the original V70 DrivE to 115bhp (from 109bhp), while the Powershift transmission offers near seamless shifts through the car’s six gears.

A manual transmission is no longer offered, so it isn’t possible to see whether the Powershift is a better performer, but at least it matches the previous DrivE version’s 119g/km and 62.8mpg on the combined cycle.

The V70 underwent a number of revisions for the 2012 model year, including standard City Safety (low-speed autonomous emergency braking), as well as the option of additional high-tech safety features. There are further changes to the interior, bringing the design in line with the recently introduced S60 and V60 range.

When choosing satellite navigation, the screen that used to pop up from the top of the dashboard in earlier versions, as well as the previous-generation V70, has now disappeared.

Instead, all information is presented on a five-inch or seven-inch colour screen towards the top of the centre stack. All the functions can be controlled via buttons built into the steering wheel or via touch buttons located just below the colour screen.

The V70 has never been the most exciting large estate to drive and, although our R-Design test car certainly looked the part, the 18-inch wheels and sports suspension made the ride too jarring on the fenland roads that make up part of my commute.

That’s a shame, as the car plays the role of comfortable cruiser quite well, with excellent refinement, low noise intrusion from the engine and probably the most comfortable front seats in any car.

No other premium car in the sector comes with power output as low as the V70 D2, but the car makes acceptable progress, and the Powershift gearbox brings with it additional comfort which should appeal to most Volvo drivers.