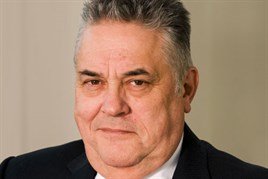 Volkswagen has been one of the most successful carmakers in the Fleet News Awards with eight wins in the past four years.

In 2012 it was the turn of the new Passat: a clear champion for the judges in the upper medium category. And fleets agreed, voting it their new company car of the year.

Those accolades are reflected in the Passat’s sales position.

It is winning market share, albeit in a segment that has fallen by 13% year-on-year.

Volkswagen has long been the biggest-seller in true fleet, but its own figures show it has slipped to second place behind Ford.

Supply has been partly to blame, although this has now been rectified, according to Vince Kinner, Volkswagen head of fleet services. “Delivery times were up to 20 weeks on some models; now it’s down to 10,” he says.

Fleet News: Volkswagen has lost its leadership in true fleet sales and has increased its rental business substantially year-on-year. Why is this?

Vince Kinner: We have front loaded our rental this year to make sure we get cars back when we want them. We also identified increasing demand in the run up to the Olympics.

Our volume is still capped and by the end of the year it will be at the same level as 2011 .

We are looking at the mix of cars in rental and being more scientific to ensure it meets our performance on re-sale.

FN: Does it matter which cars you go into rental with?

VK: Yes – it’s harder for larger cars, for example, Sharan, because there is a lot of rental demand but less demand in the used market. If you get it wrong by a couple of hundred, it has a big impact on re-sell values.

FN: How do you see the second half of the year in terms of fleet business?

VK: It will be tougher – business confidence is all over the place. Some companies have an embargo on buying cars; others are only if they have to.

The public sector is especially challenging and in banking there is re-organisation and re-sizing so they are not buying cars.

The SME market is buoyant; it’s the larger corporates that are examining what they order.

FN: Is this putting greater pressure on prices?

VK: User-choosers are looking to save money and we are trying to focus on wholelife costs. We are also working hard with leasing companies to make sure they understand we are competitive – and it’s working.

FN: You have successfully reduced delivery mileage to around 90 miles per car. Is this as good as it gets?

VK: This initiative bucks trends in the industry. Customers want to use their nominated supplier.

Leasing companies have preferred suppliers that they have confidence in and they like to buy all their cars in one place.

They have a relationship with these retailers. We have been unable to convince them that all our 60 specialists do the same job.

VK: Over the next few months we will tell leasing companies which retailers have what allocations so we can divert them to the retailers that can deliver the car more quickly.

This will speed up deliveries, especially for DSG models where we are under-supplied due to popularity, and reduce delivery mileage.

We are also allowing retailers to stock order cars for the first time. Previously they could only order versus sold orders. We are trialling them ordering up to 10% of their overall allocation.

FN: Volkswagen Group has invested millions of pounds in alternative fuels but has yet to bring anything to the UK. Do you not believe the market is ready?

VK: We were one of the first to develop electric cars but we’ve not brought them to market because we’ve not had the infrastructure.

There’s a place for them; the volume will be small, biased by fleet. Plug-in hybrids are the really interesting area. They will revolutionise the way people see alternative fuels. We will be late to market but when we do, it will be spectacular.

FN: What plans do you have for growth?

VK: Our aspiration is for an 11.5% share of the fleet market but we won’t drive growth until the economy is in better shape.

Our programme this year is to get our fleet specialists and non-specialist retailers to focus on the local business market rather than leaving it to brokers.

We saw it as an opportunity but it’s bigger than we thought.

We have a leasing product which includes a maintenance package and we will sell around 10,000 cars this year, which is a small improvement.

It’s a three-year process; we have to get retailers to think about selling finance to small businesses. This is still part of the market that no-one is talking to proactively.

FN: Do the needs of local fleets mirror large corporates?

VK: There is a specific way to handle a small fleet enquiry that is not dissimilar to retail. Their requirements on aftersales service are very important within the transaction.

Our retailers have sold more than 1,000 additional cars this year of which 60% are to customers that have not bought a Volkswagen before. It’s the tip of the iceberg.

FN: What about your aspirations with larger fleets?

VK: We are surveying customers on improvements, such as the quality of information we give them and how we talk to them about the proposition we can offer.

We are also focusing on the pros and cons of using our network for servicing.

Loyalty is above 80% and we have most leasing companies signed up to our service package pricing.

We won’t be as cheap on labour, but we are in the ball park on the repair price.

Opening hours and service/collection are two areas to focus on. It costs retailers money so we have to ensure they offer a bespoke level of service in return for a volume of work.

If leasing companies agreed a number of service bookings then retailers would be more confident on service and collection. It happens occasionally.

Kinner is paying greater interest in the uses of technology, in particular how he can use apps to communicate directly with drivers.

“Our weakness is not picking up driver information so we can talk to them about what we are doing to tackle loyalty rates,” Kinner says.

By the end of the year he intends to have an app that will offer driver benefits “but also be an opportunity to talk to them to get them to be an ambassador for the brand”.

Options include analysing real-time data for mileage logs, advice on getting maximum performance and efficiency and booking test drives remotely. Volkswagen has already tested some ideas with larger fleets although Kinner believes some leasing companies will be more “sensitive” to the concept.

“If we use it appropriately, we think they will have less of a problem with it,” he says.

“We will sign confidentiality agreements about not passing information on to our finance companies – it’s about converting company car drivers into advocates for the Volkswagen brand.”

Most popular articles in Manufacturer profiles