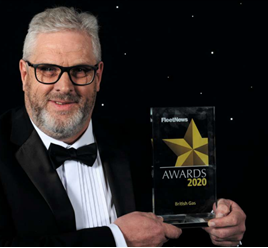 As a leading energy supplier, British Gas is clear in its ambition to be a pioneer of electric and zero emission vehicle technology.

The organisation and its parent company Centrica, which has 11,400 cars and vans, has committed to transitioning to a 100% electric fleet by 2030 under the EV100 initiative.

It is also taking part in the three-year Optimise Prime project – Europe’s biggest commercial vehicle trial – which brings together leading power, technology, fleet and transport companies to test and implement the best approaches to the EV rollout.

This appetite to adopt EVs is also shared by its workforce: it has had no shortage of engineers volunteering to switch to the technology.

“We went out to our people and asked who has got off-street parking, does less than 150 miles a day and would want to take on an EV, and we had more than 1,000 of them saying ‘yes’ to all three questions,” says Steve Winter (pictured), head of fleet at Centrica/British Gas.

“As a company, we now install charge points, but we are not fitting them to our guys’ houses yet; we are doing virtual surveys of their houses to check if they can have one installed.

“We’re photographing the fuse box, where the vans will be parked and where they would like the charge points, as well as checking the DNO (distribution network operator) to see if it’s got capacity.

“We’re trying to get up the EV ladder quite quickly. We’ve operated EVs since 2014 and our total cost of ownership (TCO) modelling says we can move to them as soon as the vehicles are readily available.

“Because we’re looking at charge points now, we should be able to switch as soon as we can get available product.”

Fleet News: Your engineers take their vans home each night. How will you recompense them for the electricity they use to charge an electric work vehicle?

Steve Winter: Engineers will obviously be worried about being recompensed for the energy they use which is why we’ve paid a lot of attention to this.

We’ve developed in-house software that runs with the charge point and the vehicle, and we will be able to bill back electronically to the engineer for the energy they’ve used – that will come through on their salary.

The software will do a ‘handshake’ with the van so it knows the engineer needs to be recompensed for that energy. If another EV is plugged in, it knows not to reimburse for the electricity used.

FN: In the past 12 months you have reduced the lease length for new small vans from five or six years to just three. Why?

SW: We want to drop them back into the replacement cycle when we think there will be many more EVs available on the market. If there isn’t, then we have the option in the lease to extend for one or two years. It gives us a bit more confidence to go to the business to say that we can start our EV programme straight away (the EVs will be on a six-year cycle with the option to flex if needed).

FN: What measures have you introduced to improve fleet utilisation?

SW: Our ambition is to cut out any hire usage and to use our fleet more effectively. We have a vehicle surplus of around 2% at the moment (98% fleet utilisation) and we are spreading those vans to strategic sites around the UK.

We’ve set up our vehicle movement company to help us so that if an engineer’s vehicle is off the road and we predict it’s going to be for a long time – such as after an engine failure or a serious collision – then rather than putting them into a hire van while they wait for their vehicle to get repaired, we’ll just swap the van.

That means we’ve only got one set of downtime while they take the kit off one van and put it into another instead of two sets were we to give them the original van back.

It also means we can choose the best option for the repair of that vehicle as we are not under the same time constraints as we would be if we had a hire vehicle out there.

Also, clearly, an engineer is not as productive when they’re in a white van as opposed to one of our blue ones with its racking and comms. It does enhance productivity for those engineers.

We also service more than 95% of our vehicles on engineer rest days which saves thousands of hours in downtime and productivity. Our servicing network uses a pick-up and drop-off service which means the engineer doesn’t even need to be in.

FN: What other measures have you introduced to increase efficiency?

SW: We’re also changing our supply chain for engineers. They used to have to go to a Royal Mail collection hub for parts and there are a few hundred of those around the country. But we now do it through ByBox (a nationwide network of 1,500 smart lockers) which means engineers don’t have to travel as far to a collection point.

With Royal Mail, they also had to pick up the parts within a set time, but ByBox allows them to pick the parts up at any time, night or day, which is saving an awful lot of mileage and expense of efficiency for the engineer. Probably about half our workforce are on the ByBox solution now and we should have the remainder over within the next two months.

Our engineers also have an asset-tracking app on their phones so they are able to track what parts they’ve got and what parts their colleagues hold. This makes it easier for them to swap parts if necessary to get that first-time fix for the job.

FN: Safety and driver well-being has long been a priority for Centrica and you’ve introduced the ‘Better Van’ initiative to further improve your work in this area. What does this involve?

SW: This is a van which is kitted out with various bits of equipment which can perform health checks on engineers including blood pressure and body mass index (BMI). The van goes all around the country; it can go to any team meeting if a line manager requests it.

The health checks are purely voluntary, but it’s been quite enlightening when you hear stories such as it’s found somebody has a medical issue that was perhaps undiagnosed.

Safety is really important to us; it’s a priority in everything we do. We try to take as much safety kit on our vans as possible and we’ve seen our accident stats go down significantly through that. We also use telematics for driver behaviour and use that data for our driver of the year competition. Sadly, this has been cancelled this year due to the coronavirus pandemic but we’re aiming to run it again early next year. 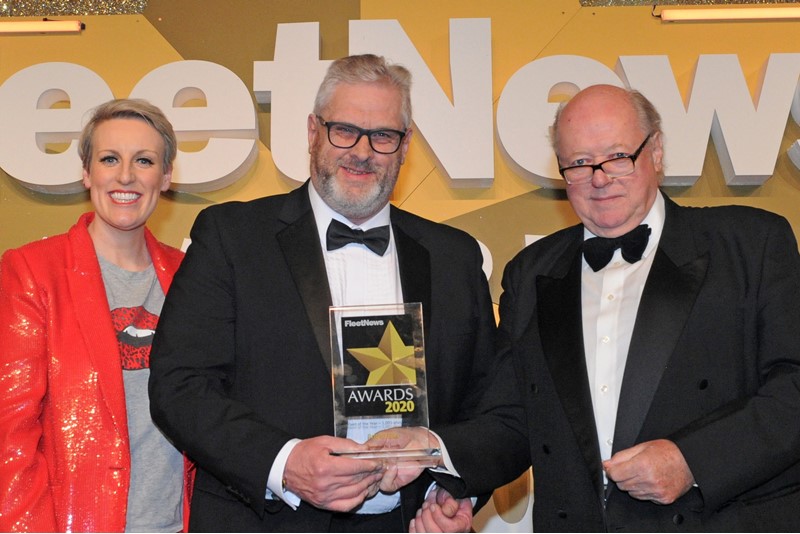 Centrica’s work on driver welfare has also included redesigning the racking on its new vans.

The company realised its old racking could promote bad posture and lifting habits, so it worked with Loughborough University over 18 months on a new design.

“Our racking has to be able to safely hold small, delicate parts as well as the large heavy parts associated with central heating systems, as well as tools and ladders,” says Winter.

“It uses sliders, boxes and pass-through shelves to help engineers keep the correct posture when lifting, but also allows us to carry 50% more parts in the same sized van.”