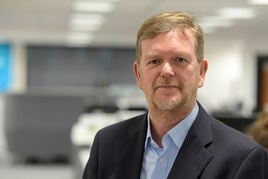 CVO Barometer gives insight into industry views on future, according to Arval.

Fleet operating cycles have settled down to an average of around 54 months (4.5 years) for cars and vans, shortening for larger fleets (43 months) and lengthening for SME fleets (59 months).

However, the UK lags far behind mainland Europe where the average is almost 71 months (56 for large fleets), according to the Corporate Vehicle Observatory (CVO) 2017 Fleet Barometer supported by Arval.

The reason is down to cultural differences. In the UK, the car is more of an emotional factor, connected to a job as part of a benefits package.

Employees, even those with job-need vehicles, are not prepared to keep their cars for much more than four years and companies, eager to recruit and retain the best staff, are willing to acquiesce.

It’s not as clear-cut in mainland Europe where the company car is a less mature market, more commonly associated with job need, not perk.

Ownership models generally are often longer in other European countries, so the notion of keeping a car for five years-plus is more readily accepted.

There are variations within UK fleets, as well.

Bigger fleets keep vehicles for less time than small ones.

Shaun Sadlier (pictured), head of consulting at Arval, believes some of this is explained by funding choices.

“Bigger fleets have a larger proportion of their business as contract hire so they tend to have less flexibility . Manufacturer support terms will also impact the length of time, i.e. higher discounts so they keep cars for less time,” he says. “They are also more likely to have done total cost of ownership modelling to find the optimum period for the contract.”

FN50 data backs this theory. Average operating cycles for fully-funded cars among the UK’s 50 biggest leasing companies has averaged around 37 months for the past three years.

However, while conventional wisdom suggests keeping cars for longer (in good condition) reduces leasing costs, could fleets lower their replacement cycles to benefit from the latest safety technology and fuel-efficient engines?

The Environment Agency thinks so and is currently investigating reducing its cycle from 4.5 years to 3.5.

It could go even further thanks to the size of the discounts it commands, according to head of fleet Dale Eynon, although the public tends to take a dim view of public sector organisations changing their cars too regularly – even if it saves taxpayers’ money.

Sadlier says: “The benefit of new technology is a bit of an unknown. It’s part of the conversation we are having with fleets to reduce operating cycles, although few have gone down that route at present.”

Shorter operating cycles could have an additional benefit in an uncertain economic climate by improving the flexibility of fleets to dispose of cars should they face a shrinkage in their workforce.

However, far from the gloom-laden forecasts of some economists, fleets are generally upbeat about their medium-term prospects.

The hottest topic of 2016 was undoubtedly the Government changes to the tax treatment of salary sacrifice and cash allowance.

While concerns around sal/sac were largely resolved following industry lobbying which saw the most efficient cars removed from the new rules, the implications for staff who are offered a company car or cash alternative remain potentially significant.

Of the UK fleets responding to the CVO survey, 14% offer all drivers a cash option, while 21% offer some drivers the choice. The majority – 39% - offer only a company vehicle and will be unaffected.

Asked whether they now intended to change their policy, 43% said no, 47% said they had not made a decision and 9% said they would – rising to 18% among the largest companies.

With typical cash options in the £4,000-£7,000 bracket, fleets might not be as affected as first thought, believes Arval.

Arval’s Shaun Sadlier says: “In the majority of cases for fleets reordering today, there is very little change for the driver in the tax they pay, perhaps a £5-£10 a month increase. We have seen a link between the cash offer and the car offer so it is not a major issue on the benefit.”

One outcome of the new tax treatment could be that companies are less likely to review cash allowance levels – they could stay the same for longer. “Even if the car goes up and BIK goes up, the cash allowance could remain consistent,” Sadlier says.

He also conceded that employees were less likely to trade down to smaller, more efficient cars if they had no tax incentive to do so, putting an end to many companies’ green policies in this area.

However, Sadlier raised a concern that the Government had yet to clarify the new rules fully. “If the cash offer increases while an employee has a company car, perhaps because they have moved division, would they still be hit with the cash benefit or would they have grandfathering rights? We don’t know.”

Asked for their view of the total number of vehicles their company will operate over the next three years, 29% believe it will increase; just 8% expect fleet size to fall.

The bullish view is greatest among the largest fleets, with half forecasting growth for a net score of +37.

Another element which could affect future operating cycles is a potential swing towards contract hire.

Currently, 31% of fleets use contract hire, with a further 21% opting for finance lease (see graph on page 31).

However, asked about their intention to introduce contract hire, 6% said they ‘definitely’ planned to and 20% said they ‘probably’ would.

The percentages were fairly even across fleet size, rising slightly for the biggest companies.

“SMEs have had concerns about contract hire but who would want to take the risk on residual values given the current marketplace? All the leasing companies are looking at the way they go to the second-hand market and we have experts . If you have a fleet of 20 or 30 vehicles, it is hard to look at all the alternative ways to sell your car.

“But with around 20% now considering introducing contract hire as a solution, perhaps they recognise the market risks.”

4. How long the company keeps its vehicles before selling/defleeting them

Just in excess of a quarter of UK fleets (26%) responding to the CVO survey have introduced alternative fuel vehicles to their fleets, while 56% are considering adding them over the next three years.

The proportion rises substantially for the largest fleets, where 52% have introduced and 78% are considering (either adding some for the first time, or adding more).

Not surprisingly, hybrid is the most popular choice, with 22% of fleets operating them, followed by plug-in hybrid (15%) and full electric (10%). One-third of fleets will consider adding full EVs over the next three years.

Arval’s Shaun Sadlier says: “We are finding that fleets that were diesel only are letting petrol or hybrids in, and some also plug-ins. Enquiries about alternatives to diesel peaks after negative national press coverage. Diesel will reduce as EV and plug-in increases – that’s a natural reaction.

“However, we have done modelling with diesel and petrol on wholelife costs and also with a variant if Government increases duty on diesel. Now it’s a 2p per litre differential, but go to 10p per litre and diesel still stands up well against petrol.”

“We have seen some movement, with 7-8% variance in diesel penetration on our fleet, mainly a move to petrol as fleets widen their selection lists, but diesel will be part of the fleet choice for some time,” Sadlier adds.