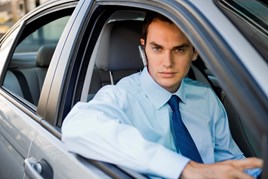 Drivers breaking the law by using handheld mobile phones have been a constant fixture in the headlines since the practice was banned in 2003.

Research by the RAC recently highlighted the scale of the problem while also suggesting the situation was improving. Its figures show the number of people convicted for the offence between 2009 and 2014 almost halved from 32,751 to 17,141. In addition, fewer drivers have been fined at the roadside for the offence.

However, the organisation claims both reductions are partly due to the police being forced to turn a blind eye because of a shortage of manpower.

Meanwhile, research by the Institute of Advanced Motorists (IAM) found motorists are now more worried about the dangers of distraction posed by technology and social media than drink-driving. Its Safety Culture Index report found text messaging and social media are the two biggest factors threatening drivers’ personal safety, with more than 90% claiming these to be a ‘very or somewhat serious’ threat.

The risks of distraction caused by mobile phones is not constrained purely to handheld phones, however, and road safety organisations Brake and the Royal Society of the Prevention of Accidents (ROSPA) are both calling for the use of hands-free devices – currently permitted – to be made illegal.

“Using a hands-free phone while driving does not significantly reduce the risks, because the problems are caused mainly by the mental distraction and divided attention of taking part in a phone conversation at the same time as driving,” says a ROSPA spokesman.

While it is not illegal to use hands-free mobile phones while behind the wheel, a number of fleets have voluntarily introduced blanket bans on drivers using mobiles to reduce risk, including online grocer Ocado.

“We’ve also banned the use of hands-free phones because they are a distraction: if the driver is involved in a serious or fatal collision then they could be prosecuted for causing death by careless driving or another charge if they are proved to be using hands-free.”

Shaw says that while Ocado’s drivers need to be able to call customers if they are running late for their scheduled delivery, the company tells them to pull off the road safely in a convenient place before using their phone.

“There’s no pressure from the business for employees to do anything else,” he says.

Ocado also uses technology to stop drivers making hands-free calls: it uses mobile phones without the Bluetooth facility to connect to a vehicle. “We don’t issue smartphones to our drivers, we issue Nokia ‘dumbphones’ simply because we don’t want people texting, tweeting or emailing while driving, so we remove that temptation,” says Shaw.

However, for many fleets opting for a ‘dumbphone’ is not feasible, as some drivers need the extra functions available through smartphones for their work. This is the case for company car drivers employed by Post Office, which introduced a blanket ban on drivers using hands-free mobile phones around four months ago as just one part of a programme of measures to keep its drivers safe on the road.

Fleet manager Gillian Joyce says drivers’ smartphones – Nokia Lumias, which are currently being rolled out across the fleet – allow them to use ‘driving mode’ which means the handset can be set up not to receive phone calls or texts. “This automatically sends a text message to the person who has tried to call or text our employees to say they are driving and they’ll get back to you as soon as they can,” she says.

Not all smartphones have this facility, but technology company Romex offers a mobile driver distraction prevention module for its employee management product, which automatically disables employees’ mobile phones while they are driving by using GPS to detect movement.

It allows Bluetooth use of the phone to be enabled, depending on individual company policy, but any interaction with the handset is blocked. This means email, text or other notifications are suppressed until the driver is stationary, thus removing the temptation to take their eyes off the road.

Both Ocado and Post Office communicate their policies to drivers, educating them about the risks involved in using hands-free phones.

Enforcement is also important, to ensure the success of the policies, with any employee found breaching the ban at either organisation facing disciplinary action. Punishment at Ocado is anything up to and including dismissal.

“There’s no point in having a policy and a process if you don’t enforce it,” says Shaw.

Ocado also uses technology to police the ban. Its delivery vehicles are fitted with Smart Drive camera systems, which record both what has happened in front of the vehicle and inside the cabin if a G-force sensor detects an event, such as a collision or harsh braking, has taken place.

This function is something Shaw finds particularly useful. “Using this, if something happens we can see if the driver is on a phone,” he says.

What is the law?

The Road Vehicles (Construction and Use) (Amendment) (No. 4) Regulations 2003 prohibit drivers from using a handheld mobile phone, or similar device, while driving. The penalties are a fixed penalty of £60 and three penalty points, or a fine of up to £1,000 if the offender goes to court (£2,500 for drivers of goods vehicles or passenger carrying vehicles with nine or more passenger seats).

What are the risks?

The Royal Society for the Prevention of Accidents says drivers who use a mobile phone, whether handheld or hands-free:

■ Are much less aware of what’s happening on the road around them.

■ Are more likely to ‘tailgate’ the vehicle in front.

■ Are more likely to enter unsafe gaps in traffic.

Meanwhile, tests by the Transport Research Laboratory showed drivers on hand-held mobiles had slower reaction times than those under the infuence of alcohol.