Green fleet manufacturer of the year: Market ‘coming round’ to Toyota’s way of green thinking

When Prius was introduced 21 years back people thought the company had lost its marbles. It doesn’t look so crazy now. By Sarah Tooze

Neil Broad, general manager Toyota & Lexus Fleet Services, has an air of optimism around him. He has experienced record interest from fleet decision-makers in the brands’ hybrid vehicles at this year’s Company Car in Action event and hybrid residual values are improving month-on-month.

The market is, he says, “coming round to our way of thinking”.

He might well have added “finally” for it’s been a long road for the Japanese manufacturer – a commitment recognised by the Fleet News Awards’ judges when naming Toyota green fleet manufacturer of the year.

“Twenty-one years ago, when we started with Prius, people didn’t think we had our marbles. Now our global sales of hybrid are 12 million. We’re proving the case and, as we’re seeing, the market is coming round to our way of thinking,” Broad says.

“That’s the beauty of being a well-capitalised firm, you can invest in the future for doing the right thing.”

As part of ‘doing the right thing’ Toyota has set itself six environmental challenges for 2050:

Broad points out that few businesses would plan that far ahead but Toyota likes to set itself “a peak target”.

“Our ultimate goal is to build cars that are good for the environment, that clean the air as they drive through them with zero emissions,” he says.

“That goes right through the manufacturer and retail side of it as well so every single aspect of that supply chain we’re looking to drive down .

“We believe in a multi-fuel future. It’s complex for the customer at the moment between petrol, diesel, electric, plug-in, mild hybrid, full hybrid, hydrogen and we believe in something for all angles.”

Jon Hunt, manager alternative fuels at Toyota, adds: “In terms of diesel, it’s an absolute fact that within certain applications currently at scale and at the right cost there isn’t any other alternative.”

However, on the passenger car side Toyota is moving away from diesel. Currently, diesel accounts for 1.4% of Toyota’s retail sales and 7% of its fleet sales. By Q3 the only Toyota passenger car being sold with diesel power will be Land Cruiser, which makes up around 2% of Toyota’s supply mix.

Within the next five years, Broad predicts that alternative fuel vehicles will make up more than 75% of Toyota’s sales (up from close to 60% currently). 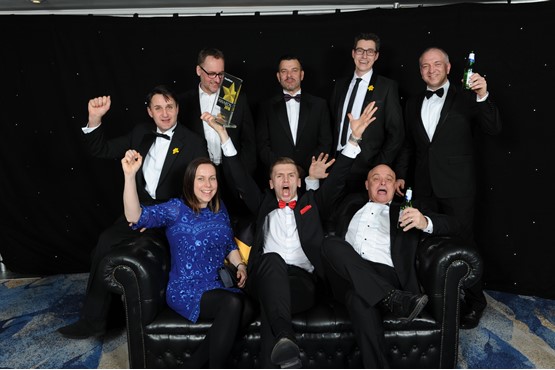 Neil Broad: We don’t have the finite details yet. It’s chicken and egg. We want to bring to market the right product at the right time as opposed to being first to market with limitations.

So, as and when we are fully confident that what we’re producing is viable for the marketplace, then we’ll bring them in. I don’t think a pure electric future at the moment is viable due to battery availability, battery scale and grid infrastructure so that’s where the multi-fuel view comes from.

FN: How does hydrogen fit in?

NB: Hydrogen, in our view, is the most virtuous of fuel choices because it’s a plentiful aspect of the environment. It’s storable and transportable. It can be created through electrolysis from water and if that electrolysis is taking place with green sources and harnessing some of the waste from the grid you’ve got additional fuel for zero cost.

FN: How viable is hydrogen at the moment?

Jon Hunt: We’ve got more than 70 Mirai on the road and a range of different users. We deliberately chose what you would describe as ‘heavy users’ so taxi firms doing 25,000 miles or more a year and the Metropolitan Police using them for response vehicles.

NB: The infrastructure needs to be there to make it a genuine viable solution for people’s normal journeys. Shell now has hydrogen under canopy for the first time at Beaconsfield off the M40 and that’s the first commercial publicly accessible ‘normal’, if you like, fuel station for hydrogen. So advancing that through and linking the dots starts to make it properly viable for us to then commit to more models, more volume, more scale and it becomes a self-fulfilling prophecy.

JH: The broader picture is hydrogen being used for industrial purposes – heat and power as well as carbon capture means that the production and distribution of hydrogen will be scaled up pretty quickly.

NB: There are industrial fuel cell applications that can power the factory that builds your hydrogen cars. That’s where you get our 2050 vision of zero emissions from manufacturer to use.

NB: We’re quite far through our WLTP processes and we don’t have any supply constraints. We’ve worked our way through all of the new homologations through our model line-up and we’re not going to have surplus product going into September when you’re obliged to be below 10% inventory so we’re in a privileged position at the moment.

It’s business as usual for us. There  were a couple of bumps in the road as you go through it, but I think we’ve planned well and executed it well over the past few months.

When it finally kicks in, diesel is probably hardest hit, petrol second and hybrid third so we are confident in our own figures coming out the back end of that.

JH: C-HR’s CO2 emissions were actually slightly down versus the previous cycle. That is the latest generation of platform in terms of the vehicle design and the latest hybrid in the Toyota range so that’s giving a view as to what the new hybrids will be able to achieve.

FN: Prius Hybrid’s emissions increased from 70g/km to 78g/km meaning it is no longer exempt from the London congestion charge. What impact has that had?

NB: It was a very base model with certain size wheels (15-inch), and most of the cars we were selling were above that threshold, anyway. We don’t see it as a massive impact.

JH: In the reverse, we never saw a huge number of sales because it was . We’d sell all over the place.

FN: Do you think the increase in CO2 emissions and the resulting rise in benefit-in-kind tax will damage fleet registrations?

NB: In an ideal world the Exchequer and the environment side of things would have aligned. I think it’s the doubt more than anything else that is the impact.

You have a number to ring and it generally looks after itself.

Broad believes long-term partnerships – be they with leasing companies, brokers, Toyota’s own dealer network or those in the mobility space such as ride-hailing firms (Toyota recently bought a stake in Southeast Asia’s Grab) will be the key to growth.

Toyota’s new concierge service for leasing companies, which it launched at the same time as a localisation strategy (whereby fleet sales are allocated to the nearest dealer), is helping to develop partnerships.

Broad points out that localisation also makes “absolute sense from a green perspective”.

“Delivering our car once as close as we can get to the customer cuts down the amount of miles that are done. That, in itself, is a green ethic,” he says.

What else would you expect from the green fleet manufacturer of the year?

Toyota’s commitment to environmental issues has been frequently dismissed over the years, but the company was brave and stuck to its guns. It was the right thing to do.

The environment is ingrained within the company – it’s part of its ethos. Toyota’s holistic approach covers every part of its business as it relentlessly seeks to drive down CO2, NOx and particulate emissions.

Toyota has refreshed the trim levels on the C-HR crossover, adding more specification and a new Design grade.

Chris Hayes has been appointed as director of vehicle planning and logistics at Toyota (GB).

Toyota is planning to demonstrate a range of mobility solutions at the 2020 Olympic Games in Tokyo.