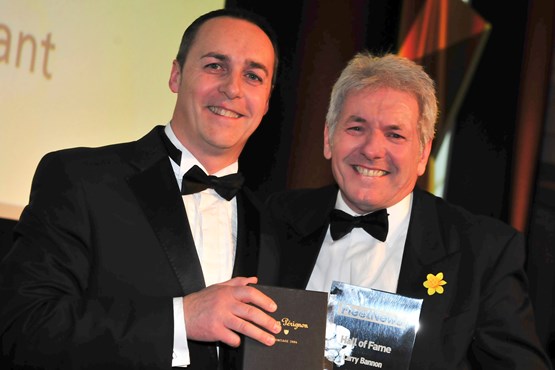 The technology has changed a lot, says Larry Bannon, but running a good fleet is still about getting the basics right, as he enters the Fleet News Hall of Fame.

Larry Bannon faced a steep learning curve upon entering the fleet industry – after training to be a mechanic in the UK he emigrated to Canada, where a series of rapid promotions saw him running a local authority’s fleet at the age of 23.

Never satisfied, Bannon still holds a passion for the fleet industry and its development, and is always looking for the next innovation.

Fleet News: How did you first get involved in fleet?

Larry Bannon: I started my career as a 15-year-old apprentice motor mechanic, and served my five-year apprenticeship. Almost as soon as I finished my apprenticeship with the local authority in Stockport, I looked to do something different, and decided to emigrate a few months later to Canada, at the age of 21, where I spent the next 10-and-a-half years.

I found a job over there with a local authority as a truck mechanic, and got bumped up through the ranks very quickly, ending up running the whole of the local authority fleet just two years later. It was an induction of fire.

In 1988, I had a spell at Avis Leasing, and a couple of years later joined a highway maintenance company called Prismo as group transport manager. When I first went there it had 55 road-marking vehicles. When I left, after 12 years, we had 700 vehicles. In 2000, I joined NHS Blood and Transplant.

FN: What have been the most significant changes during your fleet career?

LB: The technology in fleet has changed unrecognisably. I can’t say right now that if I were to open the bonnet I would be able to recognise that many components any more – vehicle maintenance has become far more of a technician’s role than a mechanical one.

The focus on emissions, the environment and health and safety has also become far more prominent, as well as the increasing importance of efficiency in cost
management.

We now get down to the nitty-gritty of knowing exactly how much it costs for us to do our job – pence per mile travelled. Things get analysed to eke out every single penny and efficiency.

Some bureaucracy has made life more difficult for operators, but there are many other things that have changed for the better, such as the huge increase in
efficiency and reliability of cars, along with big reductions in people killed and seriously injured in accidents.

FN: How has the role of a fleet manager changed?

LB: Gone are the days when a fleet manager just looked after the metal and rubber of a fleet. Today, you have to be an IT manager, a HR manager, a travel manager and an expert on insurance and taxation.

Likewise, the role has become a lot more proactive. You can’t just follow the service intervals and repair things when they go wrong any more. We’ve now tailored our inspection programme, by building bespoke inspection sheets, for example.

We’ve analysed breakdowns and repairs between services for each type of vehicle, and monitored those items more frequently and carefully. Certain components need more attention than others.

There is much more science behind fleet management now – stopping something breaking down rather than waiting for it to happen.

FN: What do you enjoy most about working in the fleet sector?

LB: I’ve always had great job satisfaction. The purpose of what we do, to provide blood and organs to people who need them, gives you a moral good feeling. Your input into a chain of events that will save someone’s life is vital, no matter where you sit.

What gives me the most satisfaction is applying all my years of knowledge, experience, and patience – especially working in the public sector – to achieve results.

You have to work with the culture of the organisation, work through the red tape, but when you achieve something, it’s brilliant.

The recognition you get from within the industry, from the likes of Fleet News and the Freight Transport Association, is fantastic. We know we’re doing a good job, but there is immense satisfaction when the industry agrees.

There are always new initiatives. I don’t believe the art of good fleet management is rocket science. It’s all about getting the basics right. Is the vehicle right for the job? Is it being maintained properly? Are any other issues spotted?  Are our drivers trained properly? Are we getting good value for money?

I’ve never worked in another industry, but I’ve met many people in different sectors such as tyres, leasing and rental over the years. They may leave a role, but a couple of years later they’ll show up in a different role for another company. There’s so much camaraderie in the industry, particularly networking at events.

FN: What role does networking play in the management of your fleet?

LB: I think its absolutely brilliant that even more experienced fleet managers like me are always looking for continual improvement and get the chance to network with new people joining the industry with new ideas and innovation. Learning from others can often give a ‘lightbulb moment’.

You can talk to them at events, or read about their plans in Fleet News, and pick up on lots of good ideas. It’s good fleet management to learn from others. You never know it all.

It’s wonderful to see some younger fleet managers coming through the industry, appearing on shortlists, coming up with new, great ideas that no one else has done before.

Despite years of experience in the fleet sector, Bannon still has a strong desire to innovate and continue to improve his fleet operations. The nature of the work of the NHS Blood and Transplant fleet remains a strong factor, but a passion for running an effective fleet is clear.

“Legislation, innovation and technology change all the time. Doing something that works really well that no one else has done gives you brilliant satisfaction,” he says.

“I’ve been lucky that I’ve been able to bring in some innovations to my fleets over the years, saving money and making efficiencies, and I think innovation is the difference between good fleet management and great fleet management.”