Most improved fleet manufacturer: Seat is easing up on the confusing choices

Four years ago, Seat sat outside the top 20 for true fleet; now it’s in the top 10. Peter McDonald explains his quiet revolution. By Andrew Ryan

Seat is a fleet manufacturer on the up: registrations in the sector are at an all-time high, while its range of cars is broader than ever.

“As a brand we have moved from being outside the top 20 in true fleet four years ago to now being in the true fleet top 10 and we have full expectations we will continue to grow,” says Peter McDonald, head of business sales.

Such has been the demand for Seat cars in the UK that the manufacturer has made a conscious decision to avoid pushing vehicles into short-cycle markets purely to achieve volume, but to instead concentrate on sectors which have wider benefits.

“We have a 4.2% market share in true fleet, but we have only a 1% share of the rental market and are the 19th biggest manufacturer there,” adds McDonald.

“Avoiding short-cycle markets means we are optimising our residual values, which means we can give leasing companies confidence that we are managing our sales channel mix the right way.”

Part of Seat’s sales success is due to the freshness and scope of its car range. Last year, it launched a new Leon lower-medium car and Ateca mid-sized SUV, while this year has seen the introduction of a new Ibiza supermini and Arona small SUV. These joined the Mii city car and Alhambra MPV.

“The SUV segments are growing very quickly and being able to offer Arona and Ateca has helped give us greater product depth and made us much more relevant in the fleet market,” says McDonald.

“The big, institutional fleet customers want to work with a relatively small number of brands, have good, deep relationships with them and buy more than one product.

“Our SUVs are part of that and growing our product portfolio has helped open more corporate relationships with us, and we’ve grown a lot in the major corporate end-user space.” 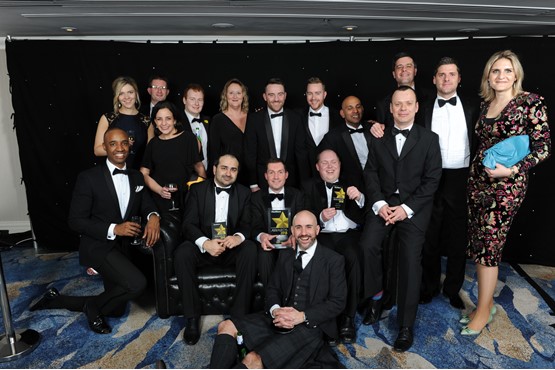 Fleet News: One of your big successes has been the introduction of the four-day test drive with customers taking more than 1,500 since it was launched last year. Why did you introduce it and how does it work?

Peter McDonald: If you look at the fleet customer buying process, they have a number of interactions with the manufacturer and the test drive is probably the biggest one of those.

We recognised that the company car driver really does struggle to get a test drive and we didn’t think we – or the industry generally - had a great solution for making sure they were accessible.

We looked at different ways of solving that problem through incentivising or improving processes within our dealerships. However, we wanted to turn it on its head and do something about that, and that is where the four-day test-drive concept came from.

It makes life easier for a company car driver because they can just go to our website or call a number.

There are some checks in place, but they are relatively simple and we will give a car – as close to the engine and specification as possible – to a driver for four days.

We launched it on the Ateca and it was really successful, so we’ve broadened it to the rest of the range. It’s been a commercial success, but we also want to be easier to work with and find tangible ways of doing that.

FN: You’ve also launched an ‘Easy’ initiative which simplifies the range and options available to fleet customers. How does this work?

PMcD: The next extension of being easier to work with was our Easy offering. If you are a leasing company there are probably a total of 14,000 or 15,000 derivatives in the marketplace: that’s an awful lot of data to quote on. It’s also quite complex for a customer to choose the right vehicle.

As part of the decision-making process, once a customer has decided on the segment of car and the make they want, there is then usually a vast number of options to choose from.

We wanted to make that simpler, so, when we developed Arona, we looked at what options customers were ordering and, for example, 80% ordered metallic paint, so we included that in the price.

This meant Arona was launched with six simple trims and no options. So, for the customer, it is ‘which trim do I want, which engine and transmission do I want, and then what colour’.

There is none of that anxiety over decisions such as going for a certain paint because it is £500 less than a metallic alternative.

Also, it will help keep things simple in 2020 when another level of complexity comes into the industry when the options will have to be taken into account under WLTP.

The feedback we’ve received from customers and leasing companies has been positive, so our intention is to roll out Easy across all our models by the end of the year.

FN: What work have you done to improve the service delivered to fleet customers?

PMcD:  As a brand, we made a conscious decision about four years ago to put the right infrastructure into our fleet offering. We want to offer great service to end-user customers and you really need to do that by having good people that are dedicated to fleets and we believe we have a team that does that.

You also need the right dealer network, so we invested to improve their expertise and infrastructure for fleet. Within true fleet there are a variety of sub-channels and customer types, but we segment it for our dealer network in two different ways.

One is the local fleet customer who would have less than 40 vehicles. They are looked after under our local business development manager (LBDM) programme, which has 25 dealers in it.

They each have a dedicated LBDM who is placed through an accredited training programme and given coaching by a Seat development manager to improve dealer capability in managing small fleet customers.

We also have a Fleet Excellence programme to support the major fleet dealerships that have significant relationships with fleets of 40 or more vehicles.

Seat will launch its first car with an electrified power train next year – a plug-in hybrid Leon – with a fully electric model arriving the following year.

However, as air quality becomes a bigger issue for fleets, it has already seen a significant shift in fuel mix. In 2017 YTD, its diesel:petrol ratio of fleet registrations was 51:49. This year, it is 32:68.

“We saw a dramatic move last year when we launched new Leon and new Ateca which had low CO2 petrol options,” says  McDonald.

“This changed some of the wholelife cost modelling, so in the past where there was typically a natural response for a fleet customer to always choose diesel, in some instances the petrol cars had lower wholelife costs, so there was a decision to be made.

“It made fleets realise that the fuel choice depends much more on what my drivers need and the distances they are travelling. The fuel mix shift has now started to stabilise and there are still significant advantages for high mileage drivers to take diesel product.”

Seat’s engagement with fleets and leasing companies has greatly improved. It’s been helped by the launch of some excellent new models, but it has also restructured its account management team and introduced new initiatives.

Seat wants to listen, learn and improve its service and it has worked hard to ensure it offers the right terms to fleets.

Seat introduces Digital Cockpit to the Arona and Ibiza

Seat introduces Digital Cockpit to the Arona and Ibiza