Its red fleet is ubiquitous and instantly recognisable. Travelling down every road, delivering letters and parcels to 29 million addresses six days a week, Royal Mail operates the UK’s largest fleet in every sense: the most trucks, the most vans, the most mileage, the most drivers.

The level of complexity that comes with introducing policy changes and new initiatives to 46,000 vehicles and 90,000 drivers is unique and challenging, not least during the Christmas period when the numbers swell by an additional 6,500 vehicles and 21,000 staff.

Yet, the organisation has some of the most advanced processes around for safety and cost efficiency, and it is constantly investigating new ways to improve its fleet performance.

Safety is a priority. While the memory of a red blur hustling down the local high street may not have been completely erased from the public’s mind, in reality Royal Mail’s wide-ranging driver behaviour policies supported by an ongoing roll-out of telematics have created a safe and considerate fleet.

Road safety manager Mark Bromhall is responsible for driving down incidents and managing risk. A former insurance employee, he joined Royal Mail 11 years ago, initially to manage its claims centres. He moved to his current role three years ago.

“On claims, you deal with everything that has gone wrong, so to get the opportunity to try to stop that happening in the first place is very worthwhile,” Bromhall says.

While Bromhall has completed his first decade at Royal Mail, head of fleet operations Debbie Rivers has notched up her 22nd year, having joined from university.

A former workshop and regional manager, she moved to her current role six months ago and is responsible for cost initiatives, utilisation/efficiency and supporting the driver safety programmes.

Fleet News: Could you outline your approach to road safety and when the current policy started to take shape?

Mark Bromhall: We target ourselves on reducing RTCs (road traffic collisions) year-on-year and we are in our third year of achieving this. Every manager is directly affected (through annual bonuses) by whether we achieve our RTCs targets – that was a massive step to changing their buy-in.

We have a suite of operational road risk standards including recruitment, how we buy the vehicle and what we do on the road. Four years ago we introduced a new driver training programme.

We went from having lots of regional partners to one provider and from 120 courses to just three, which gives us greater consistency. We put in place a minimum driver standard which we assess against, but our focus isn’t to fail people, it’s to improve them.

Drivers have an initial assessment and the instructor will coach them before giving them a final assessment. They spend more than two hours on the road so fewer than 2% fail to make the grade.

MB: Investigations have been a big focus to ensure it doesn’t happen again – managers are required to investigate all RTCs.

We’ve gone from following up just 7% of fault RTCs with training to nearly 50%. We encourage the use of training, but don’t mandate what the intervention should be as we need managers to take responsibility.

People don’t go out to have an RTC; we have to understand why it happened and put in a solution to address it. You can’t be prescriptive. We look at telematics scores, any witnesses and the root cause analysis to find out the real cause.

If it results in on-road training, it’s usually not about the skills, it’s about the behaviour.

FN: What reductions in RTC have you achieved?

That’s around 2,500 fewer collisions over a three-year period, saving us £1.5 million in claims costs last year alone, not to mention the cost of repairs and time off work.

FN: Has taking on electric vehicles (Royal Mail has more than 100 EVs) caused any safety concerns?

MB: We have looked at the risks, such as quiet running, regenerative braking, flood water, range and charging and we have put in a new four-hour induction course for EVs. So far, we’ve not had any RTCs in our EVs (touches wood).

MB: In a driver’s first year with us, they have a 30% higher collision frequency rate compared to existing drivers. So we have developed a risk assessment system to funnel down who we should select. The assessments introduce driving elements, such as the Highway Code and hazard perception.

A question and answer story takes them down different paths dependent on their answers and three best scoring applicants are selected for the shortlist.

We are currently trialling the programme and targeting deployment in July 2019. The business case for investment is to turn that 30% negative into a positive, so we recruit drivers who are better than our existing drivers.

We recruit 5,000 people a year and we have, on average, 85 applicants per role, so it’s a major project.

FN: How do you use telematics data to support your safety targets?

MB: Telematics in vans is approaching two-thirds of the fleet and drivers get live feedback with audio and traffic lights. All our HGVs have telematics, and we have almost 100 advanced driver coaches who have access to the data to help identify the drivers that need support.

DR: We are very supportive of telematics. We train managers to use the data so they can improve their drivers’ performance.

MB: We are also looking at forward-facing cameras. We have fitted them to 20 vans for a six-month trial. While we’ve seen no difference in RTCs, where there has been one, the camera has supported the investigation, especially with accidents that were not our fault.

We also saw an improvement in telematics scores and fuel efficiency. We are now expanding the trial.

FN: How did drivers react to the ban on the use of mobile phones, including hands-free?

MB: This happened in July for all vehicles, including cars. Most vans and HGVs don’t have the technology but where it really makes a difference is with the culture. It also affects managers and that sends a strong message to all drivers that we are serious about road safety.

The communications was huge, with briefings, emails, WhatsApp, the use of films, our staff magazine and executive support. Educating everyone about the issue by using stats on the impact of phone usage won hearts and minds.

The key was to keep it brief; use the same message through different mediums – that’s more effective than a large briefing session.

FN: One of the big distribution challenges is running empty or part-empty vehicles after making deliveries. How does your ‘empty legs’ initiatives offer a solution?

DR: We have sold space to more than 150 customers on empty legs, carrying everything from baked beans to bubble bath, from Inverness to the south-west. We have fixed routes that we run and also an element of flexing with extra routes.

Some customers buy a guarantee on the route; others are ad hoc requests. Year-to-date, our empty legs project has saved 55,000 miles for our customers.

“It’s about making best use of vehicles, fully utilising them, updating our profiling of customers and where demand is changing, and linking our fleet to customers’ requirements,” says Rivers. “We do it annually – also for our planes, trains and boats.

“We work on 97% fleet availability and we are constantly looking at ways to simplify our routes for consistency and reliability.” 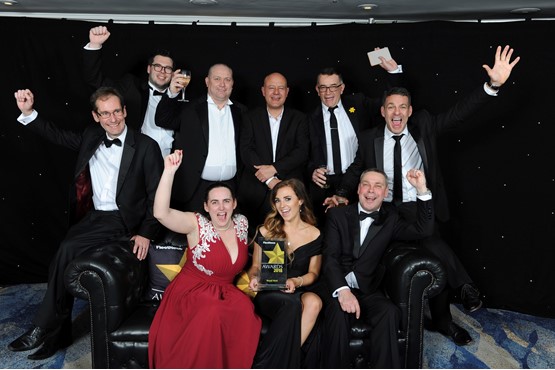 Royal Mail faces a unique set of challenges and has developed a range of initiatives that tackle and improve every area of its fleet.

It recognises that, as a commercial operation, it now needs to take a commercial approach with its workshops and empty legs programmes, but this is within a wider future strategy that  is focused on finding the best solutions to every challenge. An amazing fleet, said the judges.

Fleet News Awards: one week to go – have you got your tickets?

With only one week to go until the 31st annual Fleet News Awards, and the full shortlist announced on February 22 time is running out to book a table

Fleet News has revealed the finalists for its fleet, manufacturer and supplier categories in the upcoming Fleet News Awards 2019.