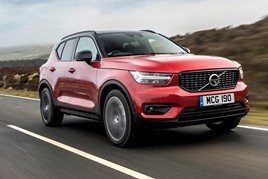 Volvo is a brand that has come a long way in a short time. Traditionally renowned for its approach to safety, in recent years its critically-acclaimed range and ambitious electrification plans have helped position it as a serious challenger in the premium brand sector.

“Old Volvo is very different to new Volvo,” says Steve Beattie, head of business sales at Volvo Car UK. “It’s not that old Volvo wasn’t very good – it was – but it’s a massive point to be able to say to a fleet manager ‘try this car, you’ll be surprised’, and they are.”

Its progress was further recognised at the Fleet News Awards earlier this year when the XC40 became the first SUV to be named new company car of the year, voted for by fleet decision-makers. Beattie is pictured below (left) after collecting the award from Pete Marden, fleet director, Halfords Autocentres.

“It was a really big award for us: it was the one I really wanted to win,” adds Beattie. “The XC40 has been received amazingly well, fleets have been so open to it.

“In Q1 it accounted for about 20% of our true fleet registrations and has created almost a halo effect because it’s helped open doors to new customers. For a small SUV it’s really punching above its weight.”

Beattie expects the model’s fleet appeal to grow further at the turn of the year when a T5 Twin Engine plug-in hybrid variant is launched.

Growing the brand’s presence in the true fleet market has been a core focus for Beattie since he joined in September 2017 after working as national contract hire and leasing manager at Vauxhall Motors. This policy has borne fruit.

In the first six months of this year, Volvo was the fastest-growing car manufacturer in this sector – which excludes Motability, rental, retailer demo-nstrators and internal cars – with registrations increasing 43% year-on-year to more than 8,500.

Last year, it also secured business from more than 640 companies that had not bought a Volvo in the previous four years, if ever.

“A big part of has been changing the dynamic to make sure we are adding value to people’s meetings,” says Beattie.

“We want fleet managers to know that when they have a meeting with us in their diary, they know they are going to see someone who isn’t just going to take them through a presentation of a new car and go.

“We are going to get into the details of their (choice list) policy, understand where they are facing difficulties, what cars they are not able to offer, and where we need to support them in order to give a full offering to their drivers.

“That’s what we’ve driven the team to question a lot more: if it fits outside of policy, what extra support do they need to get our cars into the grade?”

Beattie says a recent trend which has “played into our hands” is organisations increasing the number of brands on its choice list.

“If you go back three, four or five years, companies had restricted badge policies with only one, two or three brands on there, and it was limited in what a driver could have,” he adds.

“What I’ve noticed in the past 12 months, which has played right into our hands, is that fleet and procurement managers have opened up their fleet policies to have maybe six badges on there.

“So they are still slightly restricting it, but they have been looking for alternative brands and because we are in such a good place from product and sustainability points of view, fleet managers want to talk to us.” 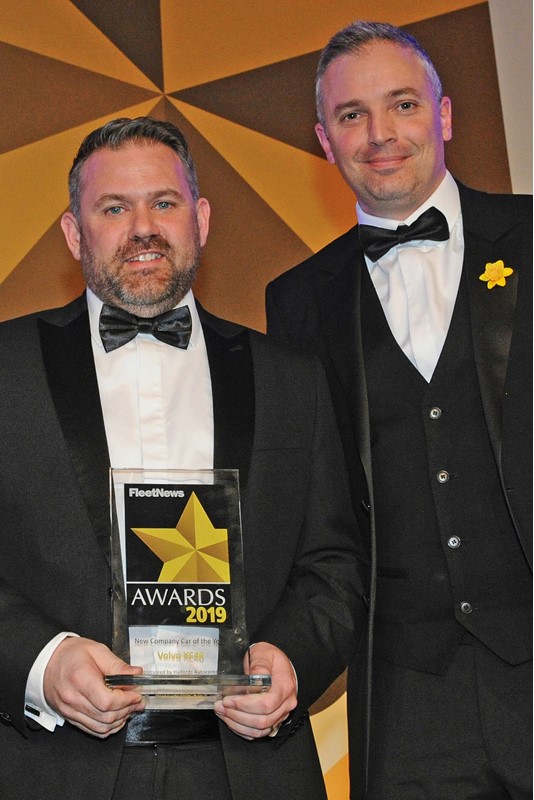 Beattie has also overseen a restructuring of Volvo’s fleet team to give differentiated services to large corporate customers and small-to-medium enterprises (SMEs).

Stanton’s role focuses on seeking new contact opportunities with businesses that may not have purchased Volvos for a number of years.

“Who are the large corporate fleets in the UK that we are not talking to but might be buying some Volvo cars on standard leasing terms? Why don’t we have a direct relationship with them?” asks Beattie.

“We’ve now got someone who is concentrating on that to drive us forward.”

Beattie has also identified SMEs as an important part of Volvo’s fleet business and the manufacturer introduced a virtual sales team at the beginning of the year to improve its service in this area.

This initiative sees a dedicated virtual sales manager working with the client – identified through an online or call centre-generated lead – to identify their vehicle needs, source the cars and facilitate the acquisition process with the Volvo retailer network.

“We’ve seen growth in online sales and how brokers sell cars, and our strategy is not about how we can combat those, it’s more about how we can understand that we can support the SME better,” says Beattie.

“If you look at SMEs, they’ve typically got eight vehicles and the person responsible for those is probably the MD and they will be very busy people.

“What we do is talk to them, arrange quotes, send demonstrators to them. We arrange all the information and specs and send them walkaround videos of the car.

“The initiatives we’ve introduced are all about being easy to do business with. Certainly, when I buy something and the product and service is good, I go back and buy again. For me, it is about being the easiest premium car manufacturer to deal with.”

How Volvo manages to increase RVs

Instead its policy is to “control” rental volumes so these vehicles go back into the dealer network to be resold, says Steve Beattie.

“When I joined, our daily rental volumes were maybe 70% buyback, and this year it will be 93%,” he adds.

“That gives us control over the used cars. So, if I can bring them back into our network, I can give them to our retailers, and actually we can drive supply and demand with that.

“Therefore, if the pricing of the used cars goes up, the Black Book values increase, that drives Gold Book which supports our RV strategy.”

WLTP compliance along with a focus on safety have helped the XC40 become the fleet vehicle of choice for Asda managers, say Volvo.