Volvo: ‘Our absolute aim is to keep the momentum going’

With a new ‘Fleet Hub’, a one-million EV sales target and the award-winning XC90, Volvo has laid out some ambitious plans 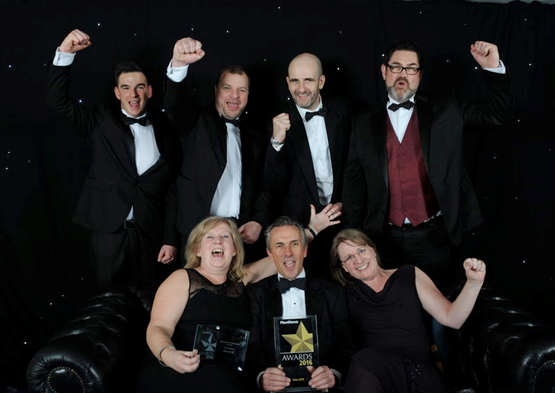 Product, people and momentum are the three things that will drive Volvo’s growth over the next few years as it seeks to sell 60,000 cars in the UK by 2020 and up to one million pure electric and plug-in hybrids worldwide by 2025.

“There are lots of things that will contribute to that growth,” says Selwyn Cooper, head of business sales at Volvo Car UK.  “To summarise: it’s product, it’s people and it’s momentum.

“As a brand we have got momentum at the moment, and momentum is infectious. It’s the old adage: what’s the best restaurant to go to? Well, a busy one. Our absolute aim is to keep that momentum going.”

That momentum is evidenced by the flurry of announcements from Volvo last month: a new online ‘Fleet Hub’ (offering fleet factsheets, tools and industry news), the desire to sell up to one million electrified cars by 2025, and the news that Volvo will launch a semi-autonomous car trial on public roads in the UK next year, initially with a limited number of cars but set to expand to up to 100 cars in 2018, with ‘real families’ testing them.

Cooper believes that autonomous cars will “revolutionise our roads”.

“From a fleet perspective, this technology will mean fewer accidents and injuries, and all the associated cost savings that implies, along with potentially cheaper insurance,” he says. “Autonomous driving technology should also help to ease congestion, saving drivers time and, ultimately, improving their wellbeing while at work.”

Fleet News: What are your fleet sales expectations this year and what products will be key to your fleet growth?

Selwyn Cooper: We’re looking to sell between 47,000 and 48,000 cars this year and close to 38-40% of that will be business sales sold through the dealer network, excluding things like rental. Last year it was 35%, so it’s slightly up because some of the models coming out are quite business-orientated.  This year we have got XC90 for a full year and the T8 twin engine variant delivers 49g/km of CO2. We have also introduced a second PHEV within the V60 range, a D5 twin engine, and that will deliver 48g/km of CO2, which converts to £89 a month in benefit-in-kind, so we’ve got some growth expectations around that. We’ve got S90 and V90 being launched and we are using CCIA (Company Car in Action) as the driving launch bed of the S90 for us.

We’ve also made some enhancements to V40 this year. There are some design changes at the front end. We have introduced some LED headlamps which give the car a modern look, very much in line with XC90, S90 and V90. But what we’ve also done is taken the chance to amend the specifications of the car to make them slightly more business-orientated. V40 is an important car to us in fleet; it’s a big player. These changes help us maintain our growth aspirations.

FN: How important is it to have fleet managers driving the S90 early on at CCIA?

SC: Over the past few years CCIA has been a fantastic tool for us to give drivers the first drive of cars. It times well with when our first model year cars come through. So when we had the V60 Plug-in Hybrid three years ago they were literally just off the boat, turned round and brought to Company Car in Action. For us, it’s the ideal platform to give current and potential drivers of Volvo product a very early taste of what our cars drive like in a highly professional, well-organised event. We don’t just give people the keys to the cars, we take it as an opportunity for a professional handover. So we will have product experts there to give people enough information, so when they go out and drive the car they are able to test and use the technology and the features in the car to get more out of the test drive than just driving round the track.

FN: Is your target of up to one million electrified car sales realistic? How are you going to achieve it?

SC: Those are corporate statements as opposed to detailed plans of how we get there at this stage but that’s a real firm illustration to me of where this brand is going in terms of our environmental credentials and the use of technology to deliver environmental savings, efficiency savings. But that twining with electrification is key. Our SPA and CMA platforms are designed for electrification from the start and every model range within those will have at least one plug-in version. Now, if you take into account that the company is growing at such a rate that we will get to 800,000 sales worldwide over the next few years, and we’ve already sold 43,364 plug-in hybrids globally since launch in 2012, getting to that million figure by 2025 is genuinely a realistic prospect if you take into account the plug-in hybrid as well as the fully electric. From what I can see from the XC90 T8 and the way that has taken off in my sales channel, it is a very positive growth opportunity for me.

FN: So that’s ‘product’. How do ‘people’ fit into your plans?

SC: We’ve got the Business Centre programme and we’ve upgraded the dealer training that we’re doing. Sarah Symcox, our strategic partnerships manager, is part of that induction training now where we train across all the channels. We’ve also put some extra resource into our Volvo Business Centre – we’ve gone from 12 to 15 people. That is about delivering enhanced customer service to existing and potential Volvo drivers, as well as supporting my team in the field.

FN: How did it feel to be highly commended in the fleet manufacturer of the year category?

SC: We were pretty proud of that internally. We win lots of awards for safety and the XC90 has been picking up lots of awards, which is great, and when I go back to my people and say ‘we’ve won’ they get excited. But it’s about the product rather than the people.  So it was a real positive for my team to get some recognition for the work they have done. Volvo UK’s sales director, Jon Wakefield , collected the best large SUV award for the XC90, and I collected the highly commended honour for the fleet department, but I’ll be doing everything I can to make it the full fleet prize next year.

FN: Are you still offering free training to SMEs through Co-Pilot?

SC: The training offer ended last year. Hundreds of drivers went through it, but is it the role of Volvo to train drivers? Probably not. We decided mid-way through last year to evolve Co-Pilot into providing information and advice on safer driving within Volvo’s main digital experience, which is the Fleet Hub mentioned earlier.

Digital will grow in importance for Volvo next year when customers are able to use an app on their smartphone to access their car rather than having a physical key. Volvo is conducting a pilot with car-sharing firm Sunfleet at Gothenburg airport in Sweden. Volvo says that there will need to be proper process in place to de-register the vehicle and make sure data is wiped when the car is defleeted and that will have to be “worked through”. However, there is “demand for the feature” and “with the right checks and balances in place it will be a real benefit to customers”.

Access to data is becoming a key battleground among manufacturers and leasing companies.

Cooper says: “We’re respectful of leasing companies and we want to work with them to find ways to give the clients – the drivers of the car – the benefits of connected cars.”