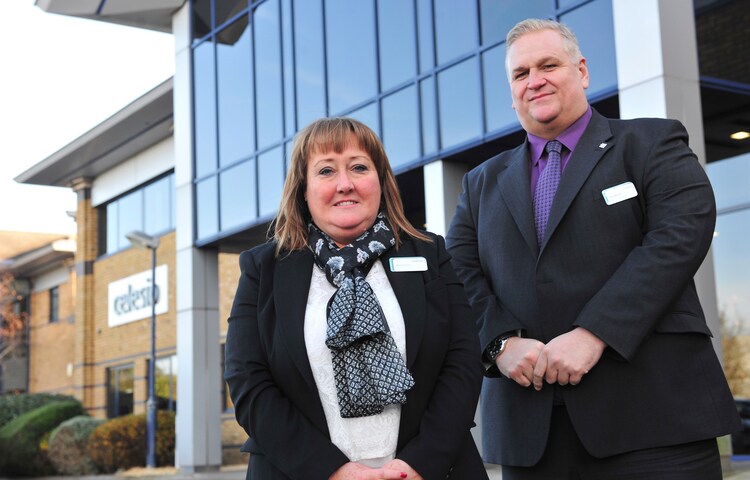 Celesio UK, perhaps better known by its Lloyds Pharmacy and AAH Pharmaceuticals subsidiaries, has seen its fleet profile alter dramatically over the past three years.

Martine Smith, Celesio distribution manager and the person in charge of the group’s 2,270 vans and cars, has been at the company for 18 years and has been instrumental in ushering in big changes.

The group switched its leasing company partner from a solus Lex Autolease deal to taking 90% of its fleet to Arval three years ago and has seen its choice list reduce from 14 different brands to just two.

Lex still represents the remaining 10% of vehicles on the fleet.

Smith, who was promoted from fleet administration manager to her current role four years ago, heads up a team of five, centrally running the fleet, with an extended team of 15 transport managers working at its warehouse depots across the UK. Smith reports in to head of distribution Tony Percival.

The majority of the fleet is made up of Ford Transits, responsible for delivering the bulk of the company’s pharmaceutical deliveries to hospitals and pharmacies, covering 26,500 jobs, twice a day all across the UK. The mix is 900 Transits, 500 Connects, 50 Couriers, and almost 200 Fiesta vans.

Celesio has a close relationship with Ford and, while other manufacturers have come and gone, the Blue Oval badge has always remained on the choice list since Smith has been at the business.

“I think we’ve worked so closely with them over the years because they have always been very collaborative and the model range has been so consistent, offering what we need on the commercial vehicle side and what colleagues want on the passenger car side,” she says.

BMW is the only other brand on the car choice list and Smith says the decision to streamline came from wanting to take out as much complexity as possible.

“There was just too much. When you’ve got a fleet of over 2,000 vehicles the difficulty with ordering and lining everything up became very time consuming. We reduced it from 14 to eight and then went down again from that to two,” says Smith.

The move also resulted in cost savings as improved manufacturer terms were negotiated.

However, the reduction has prompted feedback from drivers in the business that indicates that they do want more choice and Smith has taken that on board.

Following feedback from drivers, she is currently reviewing several brands for inclusion on the choice list again and may increase the maximum to four in the future.

Celesio has been running a demo programme for the past four months, gaining feedback from drivers that have been having extended test drives. All the efficiency data and views from drivers is being compiled before a decision will be made. Smith couldn’t confirm which brands were in contention, although she said she was sure “everyone would love to be driving a Jaguar XJ”.

One area Smith is seeing demand increase in is for low CO2 emission models, including hybrids, due to lower benefit-in-kind payments. The average CO2 for the car fleet is 135g/km and 200.4g/km for vans.

“We were previously operating without a cap, as were a lot of fleets a few years ago, but 135g/km is now the limit on cars and we’re looking at reducing that all the time, perhaps down to 133g/km and then to 130g/km,” says Smith.

“Manufacturers are really delivering on choice with models at that CO2 level and more and more drivers are coming to our team specifically on CO2 and wanting something that’s not going to be too pricey for them in tax payments.”

Smith says that while the company is always looking to improve on emissions levels, there are certain limitations with its van fleet as it needs vehicles to deliver as an operational tool.

One way Smith has reduced emissions is by switching some of the fleet from larger Connect vans to Courier models. The new Courier vans can still handle Celesio’s work requirements, but they offer improved CO2 emissions and mpg, as well as helping reduce contract hire costs by 13%. There are 372 Couriers on order being rolled out over January and February this year. Smith is expecting an improvement in fuel consumption by up to 10% on the largely urban routes the new 97g/km CO2 Couriers will be doing.

Celesio has fitted speed limiters to its van fleet, stopping them from exceeding 70mph to give an additional fuel saving of 4%. While the percentages may be low, the fuel bill across a fleet of thousands is considerable for Celesio.

Part of the reason behind Smith being able to look at increasing the amount of brands on list has been due to Arval taking on some of the fleet administration at Celesio as part of its service offering to the company.

The management of the fleet is shared across Celesio’s in-house team and a team at Arval.

“We put the fleet out to tender and that’s how we ended up switching a lot of the fleet to Arval,” says Smith.

“I think it works, having a mix of leasing providers in terms of benchmarking. We’re always reviewing that and seeing what’s best for the business.”

Arval has taken on vehicle ordering, scheduling, servicing, licence checking and downtime management and Smith is expecting Arval’s involvement in the fleet management side to increase in the future.

“Having Arval handle a lot of the administrative elements leaves us to concentrate on strategic fleet objectives, such as risk management programmes, review and development of the car policy, and exploring any initiatives that can help us in running the fleet more cost-effectively,” she says.

Celesio has always been an early adopter of industry initiatives designed to raise levels of professionalism. It was the first fleet to receive accreditation to the Freight Transport Association’s Van Excellent scheme in 2011 and is has now among the first to adopt its Driver Certificate of Competence Programme, dubbed the ‘driver passport’.

The programme is incorporated into Celesio’s internal training programme and the first 17 drivers and members of the transport management team have completed the programme with a 100% pass rate.

It means Celesio’s drivers now have a ‘driver passport’ that demonstrates how professional they are and how seriously they take their responsibilities.

The Certificate of Driver Competence will be valid for three years. Celesio has four full time driving trainers that work within the business and they will be trained by the FTA to deliver the competence testing.

Areas of assessment include safe and green driving, as well as accident and breakdown procedures.

Smith hopes the training will show a reduction in servicing costs due to a reduction with dings and scrapes, as well further improvements in fuel savings as drivers adapt their behaviour to be more efficient.

A big draw on Smith’s time this year has been managing the replacement of 900 specialist temperature controlled delivery Transits. The project has been named PharmaVan II and it includes upgrades that have taken 18 months to pull together and is the result of working with six suppliers, including Ford and specialist conversion companies.

Celesio has ordered 340 new Ford Transit L3 H3s initially and the remainder of its current Transit 300 fleet will be replaced as vehicles reach the end of their leasing contract.

Percival says: “The Pharma I van met the requirements of the Medicines and Healthcare products Regulatory Agency (MHRA), but we wanted to go further and future-proof our fleet.”

Each Celesio van will be fitted with a Seven Eye telematics unit linked to an online portal, allowing drivers and managers to monitor the temperature of the fridge unit in the vans.

Celesio’s 15 depots can track temperature levels across the fleet and drivers can also access the information in the van.

Percival says: “Using the tracking Seven Eye technology, we can support whether temperatures have deviated and catch any problems with vehicles early.”

Celesio operates a four-year/140,000-mile cycle on its van and car fleet. It believes that this replacement cycle offers the best value while maintaining vehicle integrity.

“Extending our use of vehicles beyond this increases the risk of maintenance costs, vehicle off-road time and, from a driver perspective, would decrease satisfaction,” Smith adds.

The hope is that the new vehicles will meet strict new requirements from Celesio’s customers, but they will also offer savings through the fitment of telematics.

Each van throughout the fleet will eventually be fitted with telematics through supplier Seven Eye. The project is the biggest initiative on the horizon and Smith is expecting further savings to be passed on as the company monitors driving style elements.

Drivers were previously inputting mileage capture data manually, which meant there were discrepancies on occasion due to human error.

The Triscan technology lets drivers record vehicle mileage, the vehicle identification and fueller ID automatically through a key fob. These are added to the fuel quantity delivered and the time and date to form an accurate fuelling transaction.

Smith then has access to fuelling data in real time to generate fuelling reports with accurate mpg figures.

Since introducing the technology, the commercial van fleet has seen an improvement of 1.8mpg on average for vans. Mileage capture input accuracy has gone from 90% to 100%.