Northumbrian Water: telematics has 'forced a change in attitude to safety' 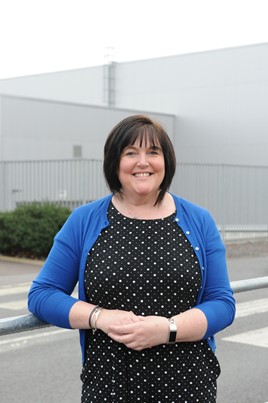 In July 2015, Kate Wilson was asked to support a fleet audit at Northumbrian Water Group by its parent company CKI.

The compliance expert, who had just passed two decades with the utility company, made a simple recommendation: employ a fleet manager. The operation had for years been outsourced to fleet management company Vehicle Lease and Service (VLS), a joint venture between Northumbrian Water Group (NWG) and Northern Powergrid, with no internal expert.

“We needed to have joint responsibility rather than leaving everything to VLS,” says Wilson.

She helped write the job description, and liked the look of it so much she decided to apply. She was appointed two months later.

It was, by her own admission, a steep learning curve – “I didn’t know a lot about vans” – and required a change in her usual business approach.

“I’m a ‘two-feet-in’ person; I try to fix the world in one go,” Wilson says. “However, it became obvious that I wouldn’t be able to do this in fleet. I had to break it down.”

She decided to consolidate the data into three key reports: financial performance/outlay, short-term hire and O-licence.

She also enrolled on a transport manager Certificate of Professional Competence course, recognising that while she only uses it in “1% of my role, I know where to look if I have to”.

Praise for the FTA and Fleet200

Networking has helped to build her fleet knowledge and she praises Freight Transport Association (FTA) for its support and the Fleet200 executive club as an opportunity to discuss issues with other like-minded fleet managers.

VLS also remains an important part of the fleet mix: NWG places great value on all its supplier relationships and relies heavily on their knowledge. Consequently, Wilson spent a lot of time in her early days meeting suppliers to understand the service they provided.

She also recognised from her original audit the importance of ensuring NWG senior management know about corporate governance. “Do they understand their obligations on risk management and safety? They do now,” she quips.

Wilson has set up two executive groups that meet every quarter, one consisting of van drivers who raise any concerns or issues, the other an O-licence fleet group which discusses compliance. Both provide a vital flow of information back into the business.

Her fleet, which sits within procurement, consists of 1,000 vehicles, of which 973 are vans, the rest HGVs. NWG also has 720 cars but they sit with HR and payroll.

“From a fleet perspective, we try to run our vans like our HGVs. We don’t treat drivers any differently, which is important,” Wilson says. “That’s one reason why we went for Van Excellence, so van drivers could see that we put the same level of importance on them.”

Wilson is also considering applying for the new DVSA Earned Recognition scheme. “It will give us a tick to say our drivers are good at their jobs,” she explains.

The new NWG driving policy went live a year ago, covering everything from grey fleet to HGVs. It sets out guidelines, legal responsibilities, driving issues, accident policy – NWG operates a ‘golden hour rule’ for reporting – and mini case studies, such as what is tele-matics and how NWG uses the data.

“It’s everyone home safe and if our drivers see that we mean it, they are more willing to support us,” Wilson says.

Among her many challenges – ones that will be familiar to fleet managers across the UK – is getting drivers to check their vehicles. It took two years to implement a solution, including many discussions with the unions who questioned why drivers should spend half an hour before they start work on vehicle checks.

“There are three things they have to check in the morning: lights, wipers and tyres. Everything else can be done during the working day,” Wilson says.

NWG and VLS worked with software supplier Jaama to develop a defect reporting app which feeds information to the maintenance provider who can book in the vehicle for any necessary repair work. The app went live at the start of the year and, in addition to speeding up the process and ensuring compliance, it saves NWG £10 on each defect book.

Drivers can also see the maintenance history which gives them confidence that anything they report is acted on.

The process is supported by the introduction of FTA gate checks, which have almost eradicated the defects previously identified during spot checks.

Wilson tangled again with the unions on telematics: she wanted it, they didn’t. The compromise was to introduce a system with an app which gave drivers full access to their data.

NWG installed Ctrack telematics last year and within the first six months had lopped £220,000 off its fuel bill, while reducing category three speeding events (where drivers exceed the speed limit by 10-20% – significant for a business that restricts its vans to 62mph).

Penalty Charge Notices (PCNs) have also halved, as drivers become more careful not only about how they drive, but about where they park their vehicles.

“Everyone, from the chief executive officer to operations managers to drivers, has telematics in their vehicles (including cars) and the management had it first,” says Wilson.

She publishes a directorate league table, but only Wilson and the line manager can see an individual’s performance data. Nevertheless, it has generated friendly competition with staff checking and comparing their results.

And there is an additional incentive: all drivers achieving a certain score have their name entered into a monthly draw for £100.

“At the moment, it is still fairly new, but we are definitely seeing a change in driver behaviour with telematics,” says Wilson. “In fact, it’s the one single thing that has forced a change in attitude to safety.”

She has worked hard to get drivers to appreciate their own importance, too. “We asked drivers ‘what is the most important thing in the van?’ Most said a piece of kit. We said ‘no, it’s you’,” she says.

“We want them to feel they have a voice so we involve them in the vehicle specification process – that becomes a powerful engagement tool.

“It’s the most expensive tool they have so how it’s racked, where we put the kit, is it something they use every day? – these things make a difference to our costs. Without their support, we would never know.”

Driver input was also fundamental to a project undertaken to reduce the number of vehicle specifications. NWG used to have 240; now it has around 20 after working with VLS and its bodybuilders. It will enable the company to swap vehicles within the fleet in order to balance out any mileage differences.

Wilson’s major project for 2019 is to look at fleet utilisation by identifying vehicles that travel fewer than 40 miles per day, or fully racked out vans that only travel from home to work. “I need to drill in on the inefficiencies,” she says.

Telematics will play a key role in establishing how vehicles are being used. The objective is to make sure NWG has the right vehicles in the right mix and that it isn’t wasting money on unnecessary short-term hires.

Wilson anticipates the project will result in a reduction in fleet size and in hire days. It might also lead to a review of business practices. “It’s about looking after the pennies,” she says.

Operating a clean fleet is also high on the NWG agenda (see below), although trials have revealed payload issues with electric vans.

“The fleet sector is behind the curve, but so is the infrastructure,” says Wilson. “We decided to take the lead because we can all work too much in silos.”

Each year, NWG hosts an innovation festival, bringing together more than 500 companies to discuss potential solutions to common problems. At the 2018 event, held in July, one core topic focused on the future of transport for business, assessing fuels and ownership models.

As a result of the discussions, Northumbrian Water is looking to see how it can support the development of some compressed biomethane refuelling stations.

“We want people to tell us where they should be,” says Wilson. “If we work as a fleet community, we will start to get things done.” 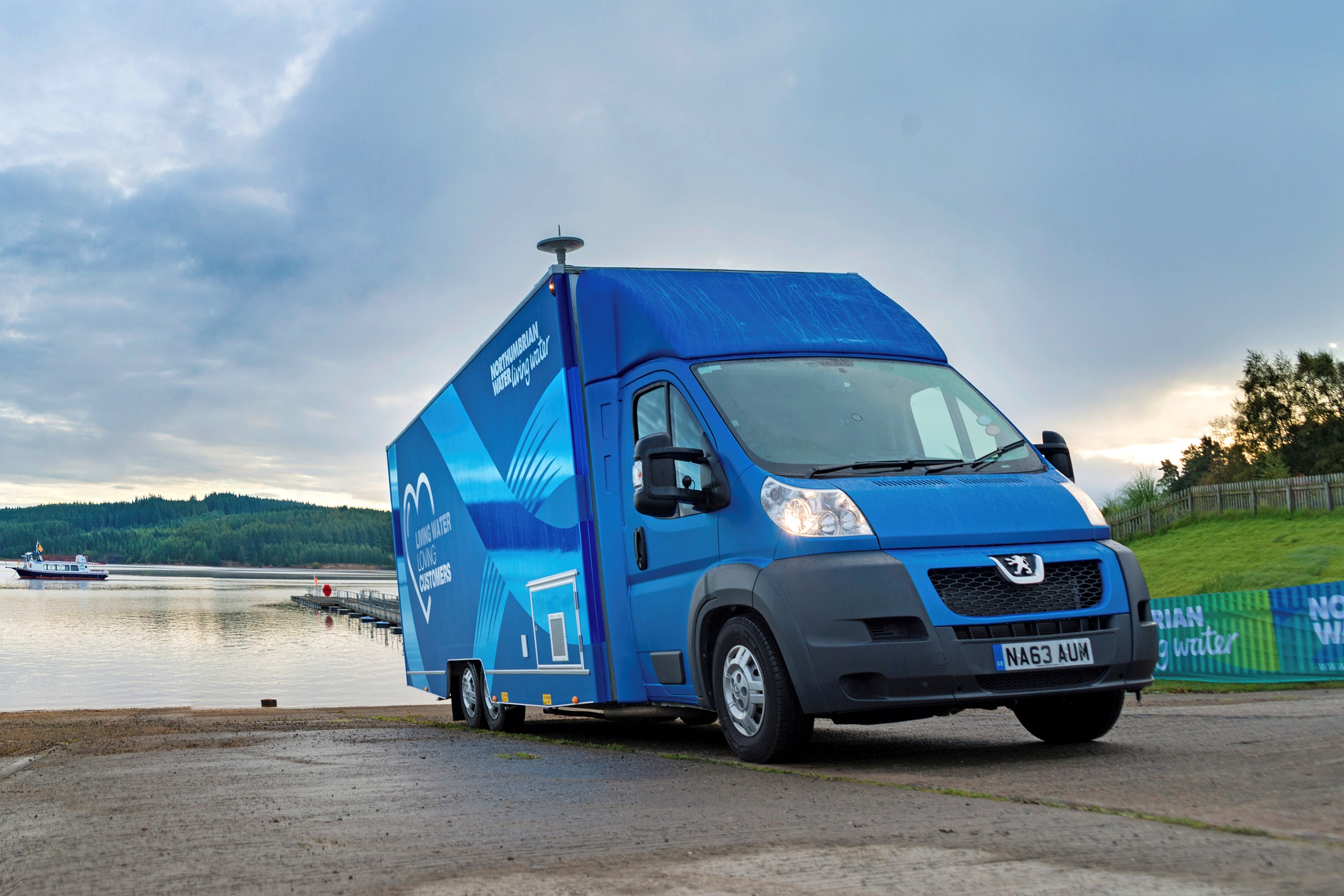 Kate Wilson has divided fleet management into three sections to give clarity to her business priorities.

Strategic: focus on fleet leasing and ensuring line of sight of fleet activities, O-licence compliance and motoring overall fleet, with performance based on KPIs.

Drivers: focus on communications and telematics. In addition, Wilson also focuses on managing NWG’s relationship with VLS, manufacturers and other key suppliers.

No two days in fleet are the same, according to Kate Wilson, which is one of the reasons why she loves working in the fleet sector. And the variation is increasing as technology develops.

“Now, we are in the most interesting time in transport we will ever be in because of the transition to alternative fuels,” she says. “We don’t know what we will be driving in the future – hybrids, EVs, Dysons.  I believe hydrogen is the future for CV fleets but the stop gap is compressed biomethane until the infrastructure is in place.

“As a business, we have an aspirational target that we buy no vehicles that are not zero emissions after 2024. So we are going down the compressed biomethane plant route for our heavies and that investment will hopefully bring in more investment, for example, electric vehicles and hydrogen.”

Wilson also has a watching brief to track new fuels. With 80% of the workforce travelling from home, it brings additional challenges, not least because many are on stand-by, so need to be able to respond quickly.

“We need to win hearts and minds because employees and managers want traditional fuel vehicle. So, now our focus is on trialling and demoing new fuel technologies.”