Advanced Propulsion Centre projects to save 156m tonnes of CO2 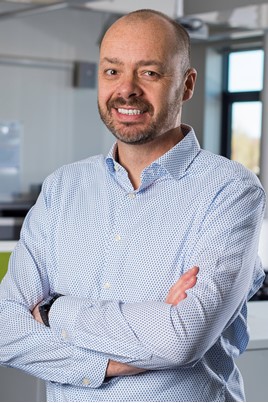 The UK is a hotbed of innovative ideas but too many fail to get beyond early-stage testing. The Advanced Propulsion Centre (APC) was set up in 2013 to change this. APC takes projects looking at future energy and fuel solutions from mid-stage mock-up to large-scale testing, enabling developers to make business cases and bring their products to market.

“The UK was good at early-to-mid R&D (research and development) investment, but not late-stage,” says APC chief executive officer Ian Constance. “We had good ideas, but they couldn’t be scaled for testing because of a lack of investment.” He cites lithium-ion battery technology. It was conceived in Oxford in the 1980s, he says, but sold to Sony which industrialised it.

Now six years into its 10-year programme, APC is working through an investment pot of £1 billion, a 50-50 mix of Government and industry funding. “Things,” says Constance, “are starting to take off. We have committed 85% of the money but have spent less than half so far.”

Any candidate hoping to secure funds must be able to show a route to market for their product – for example, interest shown by a vehicle manufacturer. Ideally, the project will involve collaboration with an SME, a tier one supplier and academia.

“We can put people together or they can come to us with a fully formed plan,” Constance adds. “We are looking for sticky technologies – areas where the UK has some capability and where there’s future growth potential.”

APC – a team of 30 mainly ex-industry people (Constance is ex-Ford global chief engineer for large cars) – is measured on the economic benefits created by the launch of the product, as well as the potential carbon savings.

It has 35 live projects, with another 15 concluded. Each tends to run for three-to-four years.

Based on the £886 million pledged so far, APC is forecasting a CO2 saving of 156 million tonnes, far exceeding its original target of 50 million tonnes. That’s the equivalent of taking 8.8 million vehicles off the road, almost a quarter of the entire UK vehicle parc – an impressive achievement.

Its commitment to Government was to create or safeguard 30,000 jobs; it has currently secured almost 36,000.

Projects fall into one of four categories:

“Electric vehicles (EVs) are very important and they will be the solution for light duty, short distance trips,” says Constance.

“For heavy duty and long distance, we need other solutions which is where thermal propulsion comes in for fuel cell projects – an area that needs serious development.”

He can point to several successes, including Ashwoods industrial drives, which are now in production, and its £5m support of Ford’s plug-in hybrid Transit Connect trials. “Until then, all EV programmes were handled by (Ford global HQ) Detroit, but our grant attracted the programme to Dunton (Ford’s technical centre in Essex).”

ADM, meanwhile, has created a smart battery cell with a chip, enabling each cell to be managed separately for more efficient charging and easy replacement if they start performing poorly.

APC’s extensive experience makes it ideally placed to provide insight about the real opportunities offered by alternative fuels and battery technology – and it has some surprising views.

For example, it does not believe manufacturers will be launching mainstream vehicles with 300-plus mile ranges any time soon.

“We could produce batteries with this range, but we don’t think that’s where it’s going to go,” says Constance. “Most people need 30-40 miles a day so 200-250 miles is no problem for most people, most of the time.

“Otherwise, it means a lot of extra weight and cost for something that won’t get used.

“A 300-plus range is what people expect today and getting them to change their habits is a challenge. That’s why manufacturers talk about longer ranges, but rational behaviour will overtake.”

The more immediate priority is to get cost down. He predicts price crossover in the mid-2020s for a 200-mile range battery EV versus internal combustion engine (ICE) alternatives.

Charging times will improve and batteries will get lighter, cheaper and have greater density, but better planning needs to go into the infrastructure requirements – with a network designed for that 200-250-mile target range.

“Demand will be driven by price, running cost and ‘can I use it effectively’,” says Constance. “We need an infrastructure with an array of charging posts, not just three per site.”

He is confident charging times can be halved, from 30 minutes to just 15, but points to two issues: how to get sufficient energy from the grid and how quickly the battery can adopt the energy.

Make that three: “The real issue is ‘charge rage’ (the EV equivalent of road rage) where a range extender is plugged in so a pure EV can’t be!”

Constance believes plug-in hybrids are “good as a transition technology”, helping manufacturers to absorb investment cost by continuing to use engines from their primary drivetrains in the range extenders while also introducing nervous new-comers to alternative technology.

APC is involved in a number of projects about which Constance is particularly excited. One is an electric drive unit with Jaguar Land Rover, another is a displacement turbine project by Fetu, which acts as a cost-effective fluid displacement system.

Constance calls it “compelling” and a “great opportunity” for carbon savings.

APC is also supporting an EV with “leading-edge technology” being developed by Lotus and Yasa Motors, and a Mclaren/BMW joint venture on battery and hybrid technology.

The opportunity on EVs is as great on light commercial vehicles as it is on cars.

“A lot of vans and light-duty trucks don’t run near to their payloads, especially if they run in congested cities – there’s a load of applications where electric is okay,” Constance says.

“The challenge for heavy duty trucks is hydrogen and e-fuels/synthetic fuels where we need to have more research into their impact on emissions.”

At APC’s conception in 2013, the project bias was on the development of thermal solutions for ICE because the potential impact on emissions at that time was greater than the tiny volume of EVs in the market. That’s not the case anymore.

“We are measured on tailpipe emissions so if we can knock them out altogether, then we have more leverage (to secure future funding),” Constance says. “Most investment is now going into electric vehicle technology.”

However, he recognises that tailpipe emissions are only one part of the picture: “Half the story is the lifecycle impact. This takes into consideration production, charging (renewable source or carbon resource?) and end of life.

“Battery re-use is growing, such as the stadium in Amsterdam, but recycling is a big problem.”

The European Commission is developing methodology for lifecycle analysis. It intends to deliver a universal standard by 2025 that will allow direct comparison across all propulsion types.

“The question is how far do they go back?” asks Constance. “Is it extraction methods and materials all the way to the recycling at end of life?”

He adds: “We could pilot (the new standard) in our projects. Our role is to also add value beyond the projects, including technology roadmaps we produce for the Automotive Council which are used globally.”

Fleet News’ editor in chief Stephen Briers has been an automotive B2B journalist for the past 23 years. He has been editor of Fleet News since 2009 and before that was editor of Automotive Management for almost seven years. He now oversees both titles as editor-in-chief. 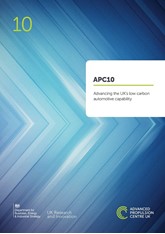