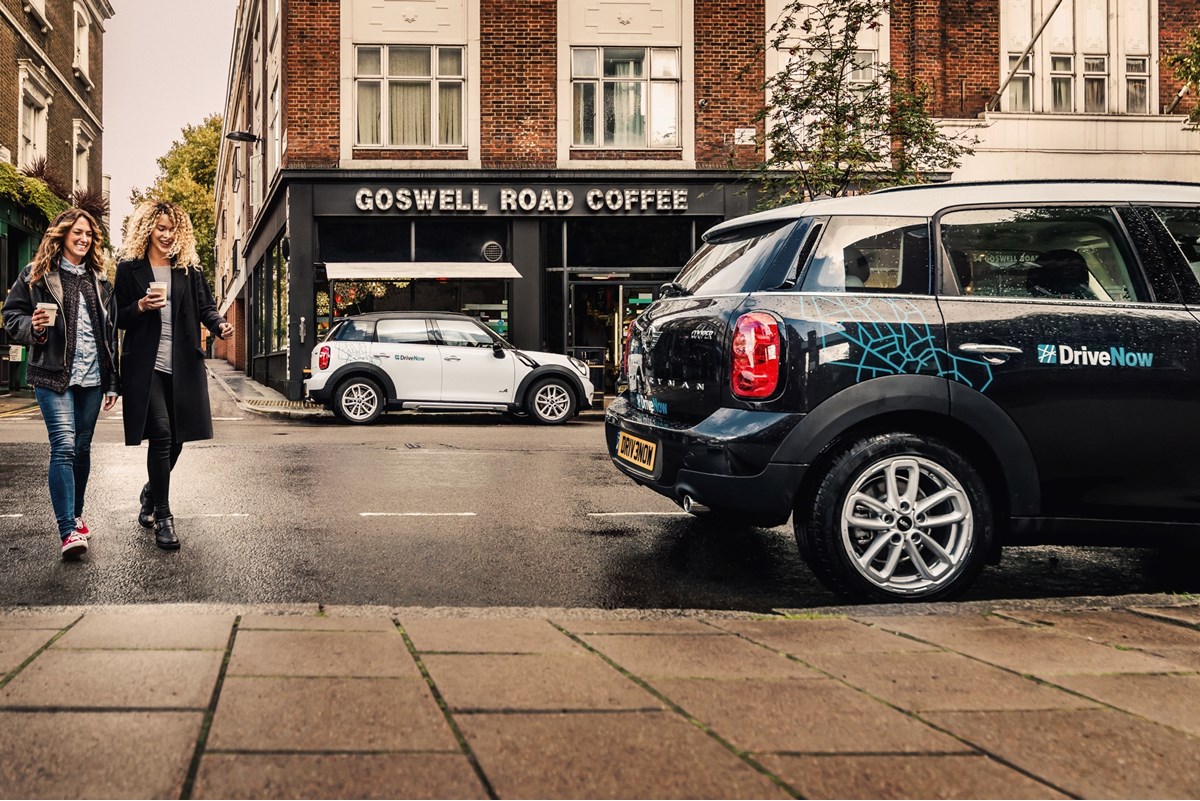 Mobility is one of the biggest buzzwords in fleet right now. As cost and environmental impact top the fleet agenda, businesses are looking more closely at how they can get staff from A to B more efficiently.

It is within this context that the fleet sector has seen a rise in car-sharing companies. Initially devised as an easy way for city dwellers without a car to borrow a vehicle when required on a pay-as-you-go basis, businesses are beginning to see the benefits of a ready-made city based pool car network, without the hassle or worries of maintenance.

The major rental firms have been quick to spot the opportunities (or risks to their traditional business models), with Avis Budget snapping up global firm Zipcar, and Enterprise buying British company City Car Club. Hertz developed its own 24/7 service for cars and vans.

One of the latest entrants to the sector is DriveNow, a joint venture between rental firm Sixt and manufacturer BMW.

Launched in London in December 2014, the venture had already been running in a number of cities in Germany for the previous three years, and in America for two, picking up more than 360,000 customers in that time.

Coming to the UK was considerably harder than on the continent, according to UK managing director Joseph Seal-Driver, due to the scheme’s flexi-share proposition.

“Other schemes are back-to-base, where you pick up a car, and return it to the same place,” he explains. “DriveNow is an evolution of that – what we call flexible car-sharing. You can pick up a car from a parking bay across our service area, and use it one way or for a return trip, and you can end your reservation anywhere within the zone.”

This flexibility is due to agreements made with local authorities that allow DriveNow vehicles to be parked in any council-owned pay-and-display or residents’ parking bay within the ‘business area’. Crucially, it means users aren’t paying for the car when parked within this area. Outside the zone, there’s a discounted ‘parked’ rate.

This is where the complications arose in London. Elsewhere in Europe, street parking is dealt with centrally, so a single city-wide agreement is all that is needed. However, in London, individual agreements are required with all 32 boroughs. As a result, the programme launched with four – Islington, Hackney, Haringey and Waltham Forest, all located in a cluster in the north-east of the city.

Across this 32-square-mile area, DriveNow operates 290 vehicles, from the BMW and Mini brands. All are automatic, with 50 electric i3s available for hire at the same rate. Roll-out to other boroughs is on the agenda this year.

“DriveNow is all about on-demand use, it’s not always pre-planned,” says Seal-Driver. “For short, urban journeys, the car has been used for minutes, then dropped somewhere. It means the availability of that car is pretty high. We can maximise efficiency in that way.”

In one sense, the cars on the DriveNow scheme are ‘self distributing’ – they have to be collected from where the previous user left them. The company employs a small team to go out to clean the cars, check tyre pressures and charge-up or refuel cars where necessary, a key element for duty of care compliance.

Since launching in London a year ago, DriveNow has accumulated 12,000 customers – around 10% of the city’s car-sharing market.

“London is the mega-city of Europe,” says Seal-Driver. “It’s quite different to other markets we work in. If we were across the rest of London we think it would become a huge step-change in the way we use cars in the city.”

Transport for London recently estimated there would be one million car-sharing customers in the capital by 2025, so Seal-Driver is positive about the market’s potential.

“If we want to manage the demands on our roads, manage our road space, and keep the city moving, we need to introduce things like this,” he says.

DriveNow is primarily a replacement for a driver’s  private vehicle. Seal-Driver claims that, for every vehicle it puts on the road, six-to-13 private vehicles are removed.

“When you’re driving on a pay-as-you-go basis, drivers tend to be smarter and plan their vehicle use much better,” he adds.

Seal-Driver cites the low emission vehicles on the fleet, which he says are much more environmentally friendly than the private vehicles they replace.

Drivers are encouraged to leave electric vehicles charging with a 20-minute bonus on their account, which Seal-Driver says helps reduce the workload of his team. The same bonus applies to drivers filling up a petrol tank using a fuel card.

The company also uses rapid charging stations in Hackney borough that take 20 minutes to fill up, feeding back into local council revenues.

While much of the focus is on getting private drivers using the scheme, DriveNow is developing a business provision.

“We have a business development manager, who is talking to SMEs, business centres, and large corporates,” Seal-Driver explains.

When a driver registered on a business account logs in to a vehicle, the start procedure will ask if the journey is for business or personal use, and bill the cost accordingly.

The standard fee is 39p per minute, while pre-pay bundles can reduce the charge to 32p per minute. Hourly block bookings are also available.

He says: “The area we’re operating in, north-east London, has around 1.5 million people living and working there. It means employers can encourage staff not to drive to work – if they need to go to a business meeting, they know there will be a car available.”

“We’re finding many of our customers so far tend to be SMEs, media companies, architects, lawyers – typical of the area we’re in. Hackney is known for its start-up businesses, and it’s no accident we chose to launch in this part of London.”

DriveNow is looking to connect its vehicle sharing programme with other forms of transport.

In November, the company launched a partnership with London City Airport, allowing drivers to use the Docklands terminus as a start or end point for the journey, with vehicles and parking available.
“We’ll increasingly cater for business travel,” says Seal-Driver. “As an end-to-end journey, you can pick up a car here, drive to the airport, jump on a plane to Dusseldorf, pick up a DriveNow car, and reach your destination.

“We’re really keen on delivering that ‘last mile’, and helping to offer a seamless transport product.”

Seal-Driver sees the service as ‘filling the gap’ between public and private transport.

Residential opposition to the service has been low, with a small number of complaints from residents regarding the arrival of new vehicles in parking bays offset by the large number of users.

“Comparing DriveNow to traditional car-sharing, for which you have to paint a lined space which can’t be used by any other vehicle, and you have to consult with residents,” says Seal-Driver. “You want that space to be empty – that means the car is being used. The ability to start and end a car anywhere within the business area is fantastic.”

With plans to launch in more London boroughs in coming months and years, Seal-Driver says other UK cities may also be in the pipeline.

“We launched two cities in a month earlier in the year in northern Europe, so there’s definitely potential for future growth.”