FCS: 'We can turn fleet model on its head' 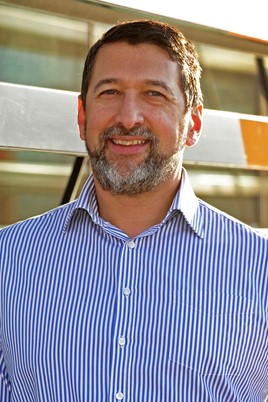 Mobility. Over the past couple of years, it’s been the industry buzzword. Used to the point of becoming hackneyed, it has spawned a host of events and businesses – even if no one can quite agree on what it means exactly.

Most of the traditional automotive companies – manufacturers, leasing companies, rental companies – are urgently attempting to reposition themselves as suppliers of mobility services, rather than simply suppliers of cars or funding.

It is, they claim, not just the future but the present; a radical concept underpinned by technology that pitches them head-to-head with new market entrants looking to disrupt and challenge the status quo.

Or, dependent on which company you talk to, it’s a gradual evolution of existing services that exploit technology to make them more accessible.

Ford believes mobility is simply about freedom of movement, something which helps to fuel human progress and development. In other words, the same vision that drove founder Henry Ford more than a century ago.

The big difference is that the company now believes car ownership might not be the right mobility solution for all situations.

In 2015, Ford launched a new business division called Smart Mobility to design, grow and invest in emerging mobility services. Its goal is to be a leader in connectivity, mobility and autonomous vehicles.

It’s not been plain sailing: one of Smart Mobility’s first acts, in 2016, was to acquire Chariot, a global ride-hail shuttle bus service; it started winding down the business last month, saying it “will not be a sustainable service”.

However, the organisation is now starting to make real progress, at least in the fleet sector, with the launch of Ford Commercial Solutions (FCS), headed by director Dave Phatak.

“Simultaneous technology advances in connectivity, the internet of things, autonomy and electrification are giving us the opportunity to turn the model on its head,” Phatak tells Fleet News. “The industry is at an inflection point.” 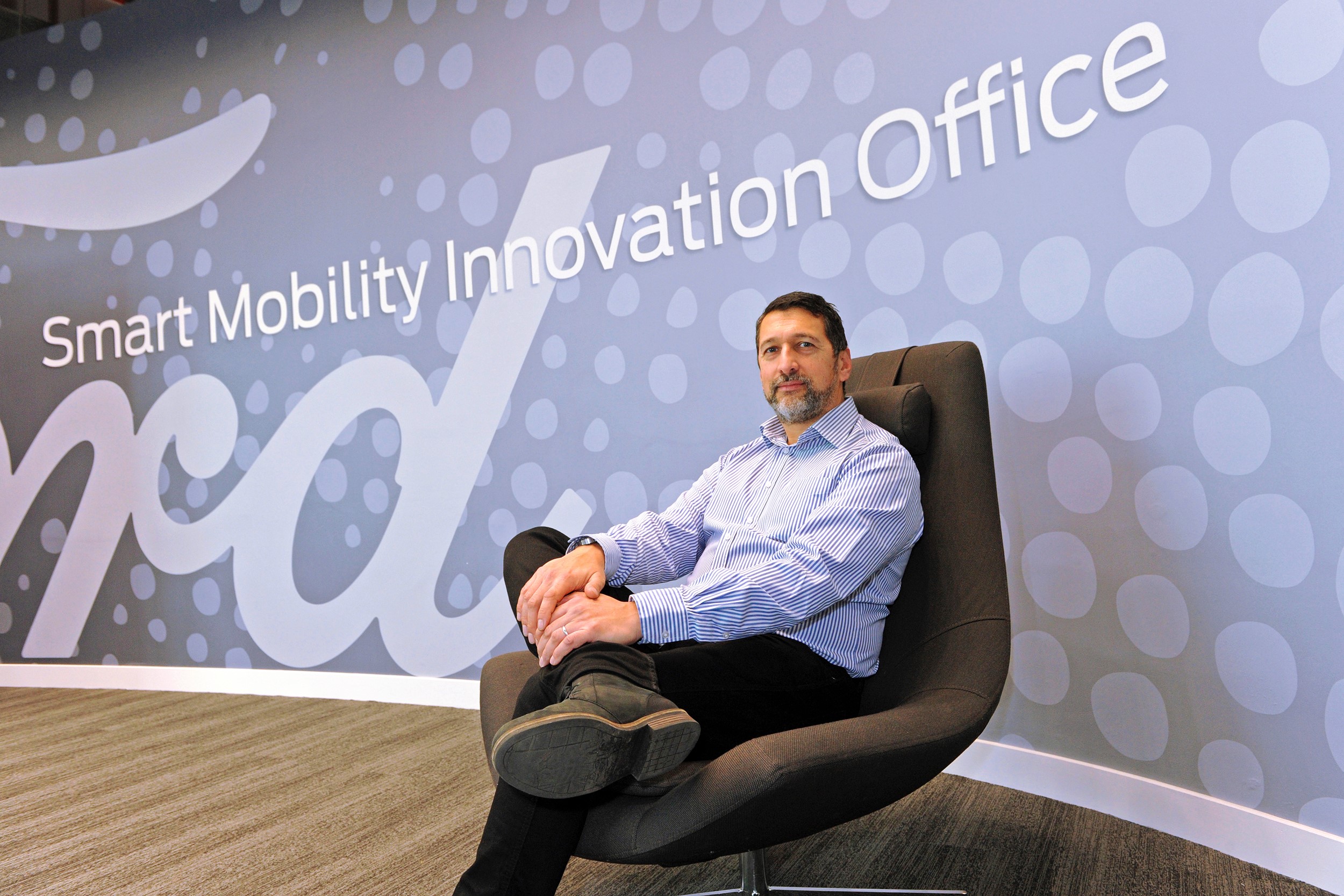 Now, near and far approach

The business, based among other technology pioneers at Here East at the Olympic Park in London, has a ‘now’, ‘near’ and ‘far’ approach (accentuated by using those words to name its meeting rooms).

Connectivity is an example of now technology, electricity is near and autonomy is far.

“Our aspiration is that mobility and freedom of movement drives our progress,” says Phatak. “For Ford Commercial Solutions, connectivity is the business we’re involved in.”

FCS has one goal: to help fleets improve their operational effectiveness by offering data verified by Ford engineers, such as fuel use and vehicle health alerts.

It has launched two products this year, Ford Telematics and Ford Data Services, both facilitated by an open platform called Transportation Mobility Cloud (TMC), which securely manages data flow to and from Ford vehicles.

“We have committed to connecting 90% of our vehicles globally by 2020,” says Phatak. “Fleets have many important considerations regarding duty of care, efficiency and safety. We are taking connected vehicles and turning them into solutions that fleets can use to run more efficient businesses.”

FCS spent a considerable amount of time talking to fleets – Phatak estimates in excess of 50 hours – with combined operations of more than 50,000 vehicles, to understand what success looks like in their roles and the challenges they face. The key question: how can a connected vehicle make your life easier?

“Fleets fire fight all day long. They are very busy and are often remote from the driver and the vehicle, yet they are responsible for safety and efficiency,” Phatak says.

One issue the discussions revealed was about vehicle health: for example, missed services and MOTs, drivers ignoring warning lights such as AdBlue, and collisions that the business didn’t know about. Another issue concerned data overload: there was too much and there was no actionable information.

“Our Ford Telematics product addresses the pain points and is more intuitive. It can tell you which fire to put out first,” says Phatak.

The data comes from the embedded modem rather than the OBD port, which links to the vehicle’s electronic nerve centre. Consequently, the data outputs are extensive: accurate fuel usage, diagnostics codes, AdBlue levels, oil levels, tyre pressure, battery and particulate filter condition; it can even tell you if seatbelts are being worn.

Right now, the system is reactive, providing the fleet and the service centre with the cause of any breakdown for a speedier fix; ultimately, when it has built up a body of history to identify the effect of fault codes, FCS will be able to run analytics for prognostics, alerting the fleet to a future potential breakdown.

Ford Telematics is targeted at solus Ford or ‘Ford-dominant’ fleets and is compatible for all cars and vans built with an embedded modem. For existing models, Ford is engineering a device that can be retrofitted. It should be available in the second half of the year.

Both products will be on a subscription service with information pulled from the cloud, managed by Ford and served in a dashboard-style system. In time, FCS will be able to produce bespoke solutions with data on compliance, load planning, drivers’ hours and routing, for example.

Ford Data Services, also launched this year, takes data access to the next level. It enables a fleet to draw high grade data from Ford vehicles using either Ford Telematics or a third party system, giving them choice without diluting the data.

FCS believes rental and leasing companies might also be interested in the system; it could facilitate moves to usage-based insurance and leasing rates.

The data could also have other uses, believes Phatak, such as helping city planners to reduce congestion and accidents.

Ford hosts ‘city of tomorrow’ events where it brings together stakeholders, academia, local authorities, business and technology partners to debate how they would work together to orchestrate change.

“Our data will fuel a lot of insight that could be used, for example, a dynamically routed city with vehicle-to-vehicle and vehicle-to-infrastructure connectivity,” Phatak says.

While mobility is a broader topic within Ford Smart Mobility, rather than an FCS priority, Phatak reiterates the company line that it all comes down to the notion of freedom of movement.

“Last century, the car was the answer and it will continue in many situations to be the right answer,” he says. “But in urban and congested environments, it’s increasingly likely that alternative versions of movement will be needed to manage congestion and pollution.”

He believes the transitionary period will last for a while as different technologies come to market – some will work, some will be rejected.

“Ultimately, the customer will decide which solutions meet their needs; the same solution won’t be right for everyone.

“Ten years from now, the landscape will look very different, in terms of ownership, powertrains and city limitations on usage, but the pace of change will be customer-led. Autonomy will be more mature and connectivity will have unlocked many solutions to the problems fleets face today.”

But, he adds: “It’s still moving people and goods, and doing tasks. The people solution could be anything from owning the asset to it comes on demand, and goods could be moved by the business or by someone else. Tasks are harder to solve because, for fleets, the vehicle is only the start. It’s the up-fit and modification that makes the vehicle fit for purpose and another van won’t do.

“So, we need to look at unplanned downtime and the logical conclusion is prognosis so we can minimise the unexpected events.”

Phatak acknowledges the speed with which new entrants and technology are coming to market. The future, he says, is “ill-defined”. Not all the offerings will be viable or wanted by customers, both individuals and business.

Consequently, Ford is keeping a watching brief on developments across the globe and sees its investment in Smart Mobility and Commercial Solutions as fundamental to its success.

“We have a real opportunity to be more actively involved in how a fleet operates beyond the point of sale and aftersales relationship,” Phatak says. “We can be a more integrated part of their business to support them more.

“We’re seeing rapid change; it’s a really exciting time to be part of this business.” 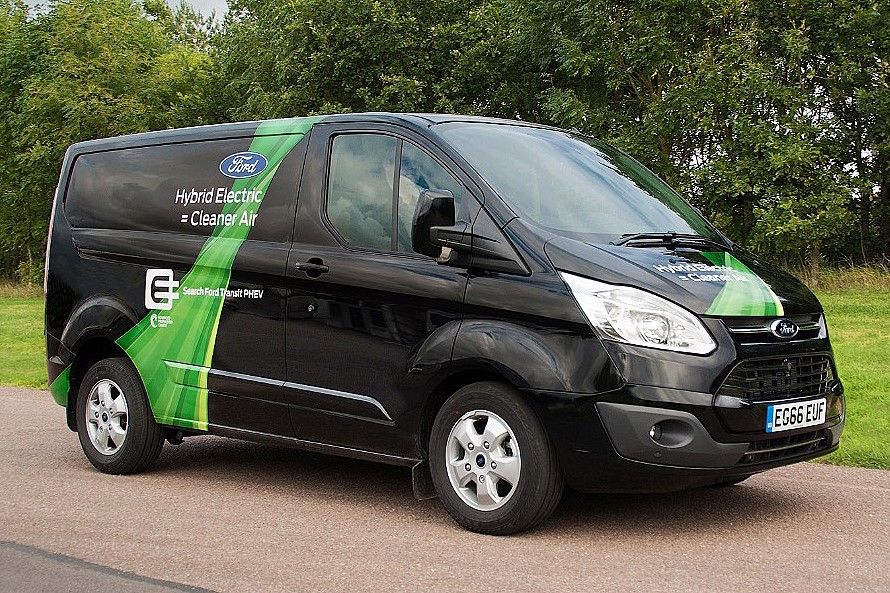 Collaboration with Lyft and Uber on shared streets

Ford spent 12 months recording and then analysing data from 160 vans travelling more than one million kilometres (621,000+ miles) in and around London to produce the Ford City Data Report. Here’s what it learned.

Ford created an algorithm based on vehicle behaviour, such as speed, use of hazard lights, revs per minute and harsh braking, and historic accident data which could identify the high risk roads and junctions where future accidents might happen. It could help city planners to design safer streets and inform drivers to avoid risky areas at certain times.

Analysis showed that by travelling two hours before rush hour, a van could save up to 30 hours per week. Begin 30 minutes before that, and the time saved doubled. Ford worked out a ‘social benefit’ score – the reduction for everyone if more vehicles shifted their journeys to different times.

Ford analysed where vehicles stopped during the day and how many of those stops might be long enough – 30 minutes – to charge the vehicle. It found that just 0.2% of 30 minute-plus stops were within 100 metres of existing charging points. However, simply installing 20 strategically positioned rapid charging points could significantly improve access and convenience.

Ford analysed summer traffic versus other times of year and found that while some roads around schools benefited, other roads suffered, such as the M25 during the morning peak near Heathrow, stretches of the A13 (which roughly follows the line of the Thames from central London to south Essex) and A406 North Circular. Again, it would help transport planners to speed up real-world traffic flow.