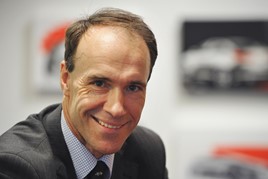 The introduction of new electric cars is increasingly important to any manufacturer looking to win business in the fleet sector, as companies and their drivers start to look beyond diesel.

Kia Motors UK is positioning itself at the forefront of the shift, with a range of hybrid, plug-in hybrid and fully electric cars already offered as part of its line-up.

But, the transition to fully electric cars isn’t as easy as it may appear as battery supply means most fleets won’t be able to get their hands on electric vehicles (EVs) for at least the next 12-18 months (see Fleet News, March 28).

He says: “In many fleet operations, I think there is still a place for diesel. For a company, especially, it is still worthwhile.

“A business with 50 EVs will see national insurance contributions drop from £35,000 to £4,000. It’s an absolutely massive change, which is bound to stimulate growth.”

The Korean carmaker is gearing up for a sizeable shift to alternatively fuelled vehicles (AFVs) in the next six years.

It intends to launch 16 models with electrified powertrains by 2025 and is committed to launching a fully electric vehicle each year, for at least the next three years.

The e-Niro, revealed in autumn 2018, provides a range of up to 280 miles and shares a drivetrain with the Hyundai Kona Electric.

When the new model went on sale in January, priced from £32,995 (including plug-in car grant), it took just three weeks for the entire year’s allocation of 900 units to be sold.

The first batch of cars will be delivered this month, with the rest of the allocation arriving throughout the year.

Dealers were promised that their first sold order for an e-Niro would be fulfilled and the brand is initially prioritising retail customers with delivery of the new car.

Each of Kia’s 192 dealers will get an e-Niro demonstrator and the remaining 700 cars will be provided on a first-come, first-served basis.

Around half will end up with fleets, but the brand is strict that it will only supply leasing companies that have sold orders and any one customer is unlikely to be given more than a handful of e-Niros.

“We aren’t closing the book to fleet customers,” says Hargreaves. “We are looking very carefully at how we allocate the vehicles that we have.”

Order books for the car will remain open, despite the initial allocation being sold, as Kia is desperately working to acquire more vehicles before the end of the year.

The brand uses two factories in Korea to supply its battery packs.

By the end of the year, both expect to double capacity – producing around 600,000 units per year – although Kia will have to contend with demand from a range of other manufacturers that all plan to launch new EVs between now and the end of the decade.

“Various manufacturers will be launching new EV models this year, but we are all chasing sufficient lithium for the battery packs. It will be a restraining factor for the next 12-18 months – we just don’t have sufficient supply at the moment,” says Steve Kitson, corporate communications director at Kia Motors UK.

Despite this, Kia is confident it should be able to quote ‘realistic’ lead times for the e-Niro by this time next year.

Joining the new model in 2020 will be the third-generation Kia Soul Electric. I The car will have a high capacity 64kW battery capable of 280 miles and a 39.2kW version capable of 172 miles, although Kia is yet to decide which pack to offer in then UK.

The new-generation battery packs powering the Soul EV are up to 30% more energy efficient than Europe’s current best-selling electric vehicle, claims the manufacturer.

In the fleet sector, Kia is ahead of the market in terms of its AFV penetration, with 10% of its corporate sales featuring a hybrid, plug-in hybrid or fully electric powertrain.

The brand enjoyed a record year for new car sales in 2018, despite challenging market conditions that saw overall UK registrations nosedive by almost 7%.

This year, it is up 4% (in a market down 2.4%) although fleet registrations were static in the first quarter.

Its current range is spearheaded by the Sportage crossover, which was the UK’s 10th best-selling car last year.

Fleet sales were responsible for the bulk of Kia’s growth last year and accounted for 55% of its total registrations – a figure that brings the brand in line with competitors.

Historically, Kia has been a more retail-focused brand. As little as five years ago, up to 70% of sales came from private buyers.

The boost in fleet sales has come from the brand’s push to promote its alternatively-fuelled models to those who want cheaper tax bills, but also from stronger consumer interest in its products feeding into the user-chooser market.

With the latest Kia model range almost unrecognisable from the first budget-focused Kias that were available two decades ago, the brand’s decision to concentrate on developing European-specific models at its European Design Centre in Frankfurt means it has come a long way in short amount of time.

Last year, a new Ceed joined the range with performance and build-quality to rival the leading cars in its segment. The Sportage has been equally successful, with an uplift in quality helping it become second favourite to the ubiquitous Nissan Qashqai.

Since launch, the new Ceed has amassed 8,000 fleet registrations.

Fleet managers are increasingly recognising the need for plug-in vehicles on their fleets, with more than 65% of those surveyed by Kia already operating them. It’s an uplift of 27% since last year.

The total number of fully electric cars registered in the UK rose by 59% last year, although they still only account for around 1% of total sales. Plug-in hybrids are more popular, making up 2.8% of sales.

In the fleet sector, AFVs make up 9% of the market, although the majority of those are hybrids. Diesel sales are most prominent in fleet, but have declined to 35% of the market.

“We are getting people that are saying they have core people that have to have diesel and they are looking at alternatives for people where it makes sense. Some fleets have a core of high-mileage users where it would be mad to not have diesel,” says Hargreaves.

Kia found that range remains the biggest barrier to EV adoption; with 80% of fleet managers believing that EVs and PHEVs do not provide a sufficient range for fleet driving.

The same survey found that only a quarter of fleet managers were actually aware that the average range of a plug-in vehicle was 100-130 miles.

“When you look back, the range of the first Soul EV was around 120 miles. That is challenging for a fleet unless you are a local authority or running short distance. But, the e-Niro can cover more than twice that,” says Kitson.

“There is an opportunity to really see change in fleet for EVs and plug-ins, if fleet managers are more aware of what is out there and how the technology is developing,” he adds.

Charging infrastructure was cited as a concern for 41% of fleet managers in Kia’s survey, although Hargreaves says that only 3% of charging takes place on the road, with the majority (60%) charging at home or at work (30%).

Meanwhile, with more EVs heading into the used market, residual values are no longer a barrier to adoption, according to Hargreaves.

“The trend has reversed. EV RVs are improving. They have caught up. There are enough of them in the market to make them a saleable used car.

“The Soul EVs used to be a difficult sell. Now we don’t have any, because there is a very strong demand from dealers for them.

“We will get to a stage at some point in the future where internal combustion engine vehicle RVs will go right down,” he adds.

Hargreaves expects that diesel sales will continue to decline, but in a more balanced way that in previous years.

He says: “The alternative fuel cars will provide more price parity and some of the financial argument for diesel will get a bit weaker.

“We all have CO2 targets to reach, so next year there will be a big focus because every EV we sell counts towards that.” 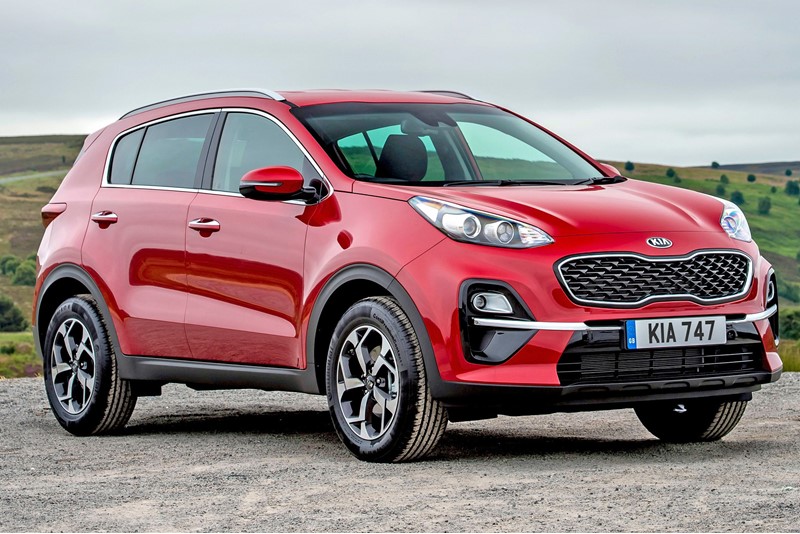 The latest version of Kia’s compact SUV was launched in 2015. It is the brand’s best seller, with more than 21,000 fleet registrations last year. It is available with a range of petrol and diesel engines, has a high safety rating and spacious interior, making it ideal for families. Strong residuals ensure leasing rates are cheap. 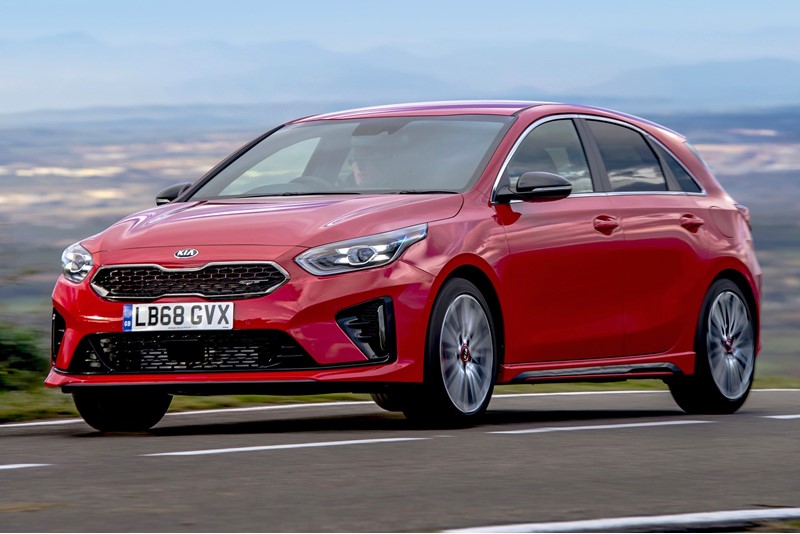 Last year saw the debut of the all-new Ceed, a more upmarket, refined and better driving version of the core hatchback that is set to rival the top-selling Ford Focus and Volkswagen Golf. It has petrol and diesel engines, while a hybrid is due before the year end. A stylish fastback version, the Proceed, sits between the hatch and estate. 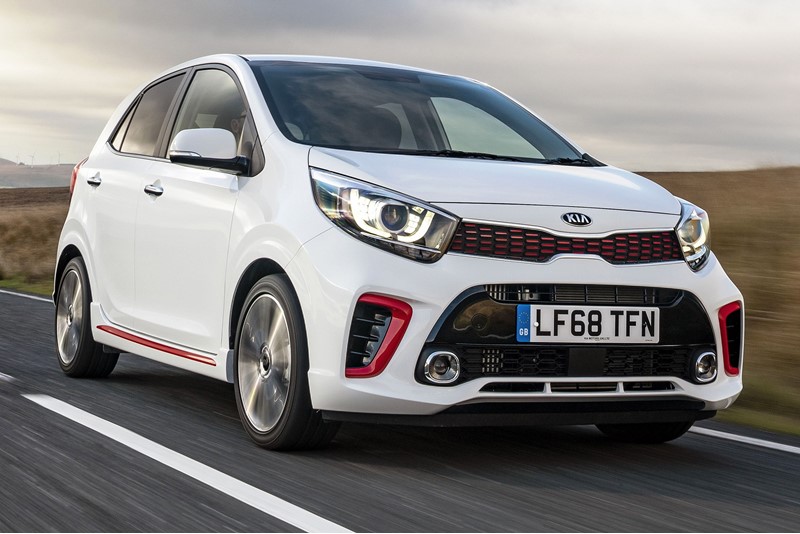 The stylish city car comes packed with equipment you would expect to find on larger luxury cars, such as LED headlights, reversing camera and autonomous emergency braking. It has a 1.2-litre petrol engine that can average more than 50mpg, while the premium interior can accommodate four passengers and 255 litres of luggage. 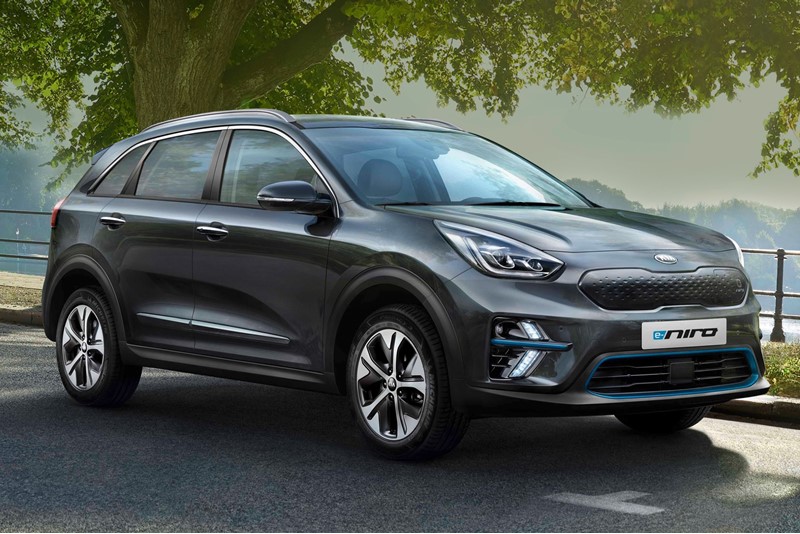 With a range of 280 miles, the e-Niro is one of the first affordable EVs that won’t create range anxiety. It has enough cabin space for a family of five and comes highly equipped. With an allocation of just 900 units, Kia has already sold out for the year but will still accept orders from those prepared to wait.