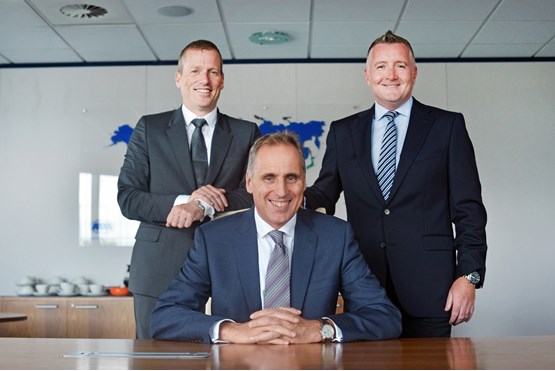 The fleet annals are littered with examples of companies undergoing major change that resulted in a torrent of negative press reports followed by lost business as disillusioned customers went elsewhere.

Fleet Support Group (FSG) was acquired by ARI parent Holman Automotive Group in late 2011 and rebranded as ARI Fleet UK the following year. Since then, under the leadership of former ALD UK managing director Keith Allen, it has changed its culture, business model, management team and systems.

So why have the pages of Fleet News been so quiet? Partly it’s down to communication: ARI kept its customers informed about the changes so there were no nasty surprises. But it was also down to the buzz it created around the investment in real-time technology which promised to give companies instant access to every element of their fleet performance.

During all the potentially damaging disruption, ARI actually grew – from around 25,000 vehicles under management to almost 40,000. The number of customers remained the same, around 200, but the profile shifted in line with the business strategy to focus more on larger fleets.

Allen says around 60% of his 20 biggest customers are new. “We brought them into the business at a time when we were building our platform,” he points out. “People bought into the proposition – it was that compelling.”

The numbers are impressive, but Allen has far greater ambitions. He is looking to hit 70,000-75,000 vehicles within three years, a growth rate of around 10,000 a year.
The mix, currently 6,000 HGVs with the rest split 50-50 between cars and vans, will strengthen towards light commercials. The more complex, the better – it’s where ARI believes it can add most value.

ARI is targeting the Fleet News Fleet200 (it has been a supporter from the start), with Allen describing the “sweet spot” as 500-plus vehicle fleets operating a high proportion of vans, although its “bread and butter” is typically 250-750.

“We are looking at winning five or size significant clients a year,” he says. “We like the complex fleets because we can add value.”

The proposition is about integrating technology and data sets to provide customers with meaningful real-time information, allied to insight and action plans to help them improve their efficiency. Everything is accessed in one place, via the web-based fleet management system ARI Insights.

ARI’s core services are spread across several modules, including fleet management, maintenance, hire and multi-bid. The data from each feeds into its analytical and predictive intelligence tool Analytics.

It’s a complex field: telematics, for example, creates tens of thousands of data lines which can be cross-tabbed with SMR data. It would crash most systems, but Analytics can cope. Even large reports, such as multi-year maintenance spend, can be run in seconds.

The key point for Allen is that the new system, team and business structure are scalable.

“FSG wasn’t scalable and didn’t move with the times; now we are fit for purpose,” he says. “There has been a lot of investment and we don’t have the returns yet, but we have a lot of potential clients and we are on the cusp of a really exciting journey.”

Much of the investment was in RiskMaster, the highly praised risk management system developed by FSG. It was one of the reasons ARI bought the business, but it was very people-intensive administration-wise. A new platform has now been rolled out which will enable ARI to grow by 10,000 vehicles with just one additional head.
“That’s what we mean by scalable,” says Allen.

ARI’s ‘day job’ is its fleet management business, offering consultation on total cost of ownership, vehicle fitment, fines management and the like. At its core is the permit to drive, an individual driver passport which details the vehicles they can drive and integrates with telematics data, unfair wear and tear and driver abuse to build a points scoring system for interventions.

“It becomes a driver DNA based on multiple datasets,” says Allen.

Access to maintenance data comes via ARI’s network of 525 Masterserve workshops. Authorisation is online – ARI has built its own version of Epyx 1Link – which gives it full transparency of everything that happens within the network.

The USP is downtime: ARI claims it can get vehicles into the workshop for unplanned maintenance quicker than anyone else. The network works 7am-7pm and on Saturday mornings to mitigate downtime during the working day and is supported by ARI’s in-house technical team which is divided between cars, vans and HGVs.

Add in the telematics data and you get predictive maintenance; it also enables ARI to produce a heat map of customers’ vehicles so each workshop understands where demand is greatest.

All maintenance and repair work is carried out for individual corporate clients, though that might change in the future, with ARI potentially pitching the network to leasing companies, according to Allen.

”Now we are scalable, there might be some conversations down the line,” he says.

Like all its services, ARI undertakes accident management in-house, which requires it to be open 24/7, 365 days a year to handle breakdowns, enquiries and first notification of loss. It also means customers have just one number to call for all services.

Its employees are bonused on average vehicle off-road times; hit their targets and they can get up to 16 days’ worth of pay at the end of the year.

Meanwhile, the hire management service is about more than simply providing replacement vehicles in the event of breakdown. ARI has started to develop a rental brokerage service to include its pool fleet whereby it can offer customers a leasing offer from one to six months. It will be launched next year.

It will also launch a finance lease product in 2016, replicating the model in America. However, ARI has no aspirations to become a contract hire provider, stresses Allen.

“We don’t want to be a contract hire company – we want to be transparent and be partners with customers,” he says.

It would also muddy the water for its Multi-bid product which uses a panel of leasing companies to source the most competitive price. Customers have the option of either using ARI’s preferred panel or their own leasing providers, generally up to a maximum of three. It’s a third party channel into the largest fleets, not SMEs, which are looking to unbundle their services but like leasing for the non-RV risk.

Fifteen customers, operating almost 7,000 vehicles, are using Multi-bid, while five or six prospective customers are taking a close look – Allen expects to grow to 20,000 vehicles within three years. He claims the average saving comes in at £15 per vehicle per month with little difference between cars and vans. A 1,000-vehicle fleet could, therefore, expect to slash its contract hire costs by £720,000 over a four-year operating cycle.

“We are seeing an increase in appetite from fleets for this type of product and we are also seeing an appetite from leasing companies to play in this market,” says Allen. “Most are prepared to sit on our panel.”

Family-owned Holman has invested huge sums of money into ARI over the past three years – for once the normally candid Allen is cagey on exact figures – but it is investing for the long-term. The family has no desire to build a business for sale; it is being built for the next generation.

“We want to be perceived as the leading fleet management company in the sector for technology, people and service, and a niche player in funding with Multi-bid and finance lease,” says Allen.

What attracted directors to ARI?

Keith Allen has put together a  management team dominated by former leasing executives. We asked two of them, sales director Jason Chamberlain and operations director Matt Cranny, what attracted them to ARI.

Chamberlain’s CV includes BT Fleet and Venson. He says: “It was an easy decision. The company vision and strategy, which encompassed technology, resilience and compliance, excited me. They were developing products and services that I hadn’t seen before. We are making rapid advances in our proposition because we’ve had significant investment.”

Cranny, who joined ARI from LeasePlan, says: “A lot of the work we are doing is to identify the next savings. The future is to pull together savings with legislation and compliance – the big data – which is the multiplier effect of small things which add up to a lot.

“ARI is making investment like I’ve never seen. Its real-time data is amazing and is raising the bar on expectations. Fleets are able to carry out their own strategic reviews online so they have their questions prepared for us – it is changing the conversation we have.”

As for former ALD UK managing director Allen, who joined ARI in late 2012, it’s the business culture and the commitment of the family owners to invest and focus on the customer.

He is encouraged to visit customers and says that, as a result, “I’ve learnt more about fleet in three years than I did in the previous 20.”

Allen adds: “The family is investing for the long-term. They see the UK and Europe as building the company for the next generation.”