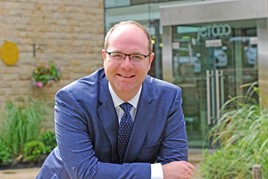 JCT600 Vehicle Leasing Solutions (VLS) is investing hundreds of thousands of pounds in new customer-facing technology, which, it says, will help businesses and their employees source the most cost-efficient funding solution.

Central to the IT investment will be an all-new online platform called Origo, which is due to be launched in the next few months.

The platform aims to find the most cost-effective way of sourcing a vehicle for employees, whether job need, perk or occasional, according to parameters set by the fleet decision-maker.

Ben Creswick, newly-appointed managing director of JCT600 VLS, explains: “We’ve built a platform that takes into account the journey profile of an individual driver and decides what’s most beneficial according to the different permutations of how you might want to provide that car.

Creswick says that £250,000 alone has been invested in developing the engine for Origo. Its launch will coincide with a redesign of its customer-facing quotation platform and the development of a fleet-reporting platform for clients.

JCT600 VLS has proved its ability to innovate before with its driver-focused app DriveVLS being shortlisted in the Most Innovative Use of Technology category at last year’s Fleet News Awards.

The specially developed app provides key information about the driver, their vehicle, the lease contract and company car tax information, together with industry news.

Creswick is quick to point out, however, that the independent, family-owned leasing company’s new technology will not “dehumanise” any part of what it does in the market place.

He explains: “Yes, customers want technology. They want online quoting and a slick system where the user-journey needs to be good, which is fine; we’ve got it and we can do it.

“If the fleet wants dashboard reporting in real-time then fine, we’ve got it and we can do it. But, customers also want that personal contact and the reason we’ve had customers for as long as we have is that’s what we offer.”

Creswick, who became MD in July, says he has been struck by the ‘can do’ attitude of staff since he joined as commercial director in 2018.

“I might have only been here 14 months, but I know what good looks like and this business looks good,” says Creswick. “It’s got a group of people that are always prepared to go that extra mile.”

It is something which is illustrated, according to Creswick, by recent contract wins and retaining customers, some of whom have been with the business for more than a decade.

The leasing company has worked with SFS UK Market Region since 2012, but, as part of best business practice, the fleet operation underwent a substantial market benchmarking process in 2018.

David Wigglesworth, managing director at SFS Group Fastening Technology, highlighted at the time how, along with JCT600 VLS’s commercial offering, service levels and its ability to put forward a choice list that not only met the business’s criteria but “significantly improved upon it” were behind the decision. It was this “personal approach” that made JCT the “clear choice” for the business and its drivers.

The contract was awarded for three-and-a-half years and incorporated the full suite of VLS services including, but not limited to, online quoting, maintenance, licence-checking and accident management.

Kingspan Insulated Panels, meanwhile, became a new customer for the leasing company when it awarded the supply and management of its 73 company cars to JCT600 VLS.

JCT600 VLS has also worked closely with Kingspan to introduce a cash allowance policy as a company car alternative for employees.

It was selected following a tender process and office tour of the business’s HQ at Tordoff House in Apperley Bridge, Bradford, which included  demonstrations of technology including the driver app, online driver quoting platform and fleet reporting system.

It was also the first contract to be taken through JCT600 VLS’s new implementation process, which includes a full review of the fleet as well as consultancy on key cost saving initiatives. 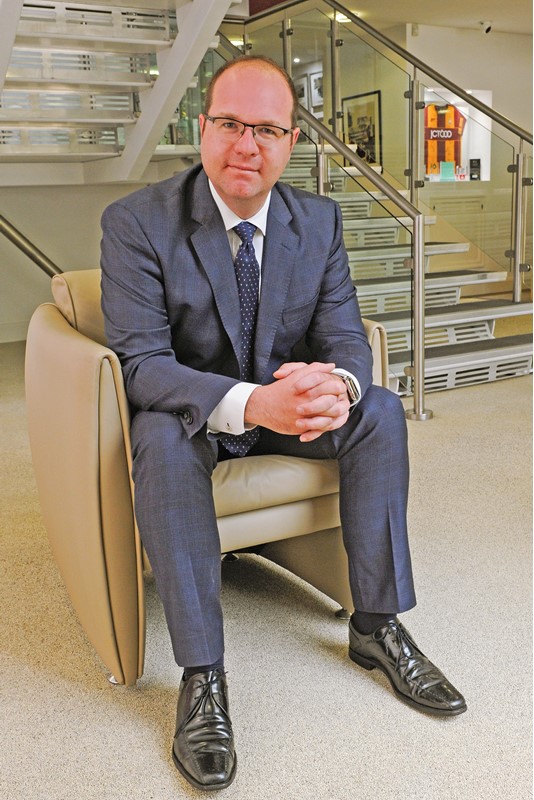 Creswick believes more fleets should consider these service levels, not just the cost of the metal.

“People talk about wholelife costs in terms of tax, in terms of VAT, what is the most commercially beneficial way of funding that asset and how can we get the cheapest possible rental,” says Creswick.

“Yet, the fallout from that can be quite significant because, to some extent, you are going to get what you pay for.

Fleet decision-makers, especially those working in procurement, he argues, should be looking at the added value benefit the provider can offer.

“A sort of wholelife cost for business,” he says.

Being open and honest with a customer from the start helps develop a level of trust, explains Creswick. “We don’t try to sell them a dream and then hit them with price rises when the contract starts and when it ends.”

Creswick argues an example of this “honesty” is illustrated by the level of the leasing company’s end-of-contract charges.

“The average industry recharge is something like £300-£400, ours is £75-£125 and the proportion of vehicles we’re charging it on is far less than the industry average,” he says.

Creswick became the new MD of JCT600 VLS as the company marks its 30th anniversary.

The vehicle leasing company was formed at the head office of franchised dealer group JCT600 in 1988, with Nigel Stead at the helm.

The five-strong team, which included Andrew Mann as sales manager – Mann would become MD of the business in 1996 before retiring in 2017 – were instrumental in developing the business into the multi-million pound operation it is today.

It now operates a risk fleet of 6,500-plus vehicles and was ranked the 28th largest contract hire and leasing business in FN50 2018.

Meanwhile, parent company JCT600 has 50 locations across the north of England and represents 21 franchises, with an annual turnover of £1.25 billion.

Creswick was appointed commercial director at JCT600 VLS in 2018, bringing with him a wealth of knowledge from the fleet and leasing sector having previously worked at Zenith and FMG.

He says: “Having worked within different ownership structures, this is my first time within a family-owned business and it is clear that everyone really lives and breathes the values which have made this business what it is today.”

It was a big draw from Creswick, whose potential was recognised in 2011 by Fleet News while at Zenith, when he was awarded the FN50 rising star award.

Creswick says he is excited about the future. “We have been here 30 years and will be here in 30 years to come.

“It’s not about making ‘X’ million in three years’ time, it’s great to be part of something you know is going to be here for the long-term.”

He concludes: “This is an exciting time for VLS and I am lucky to have the people, technology and service portfolio to ensure we will continue to operate as one of the leaders in the UK leasing industry.”

Ben Creswick has replaced Paul Walters as the new managing director of JCT600 Vehicle Leasing Solutions (VLS), moving into the top job a year after joining the business.