NRS Healthcare: ‘Fleet is not something you can do part-time’ 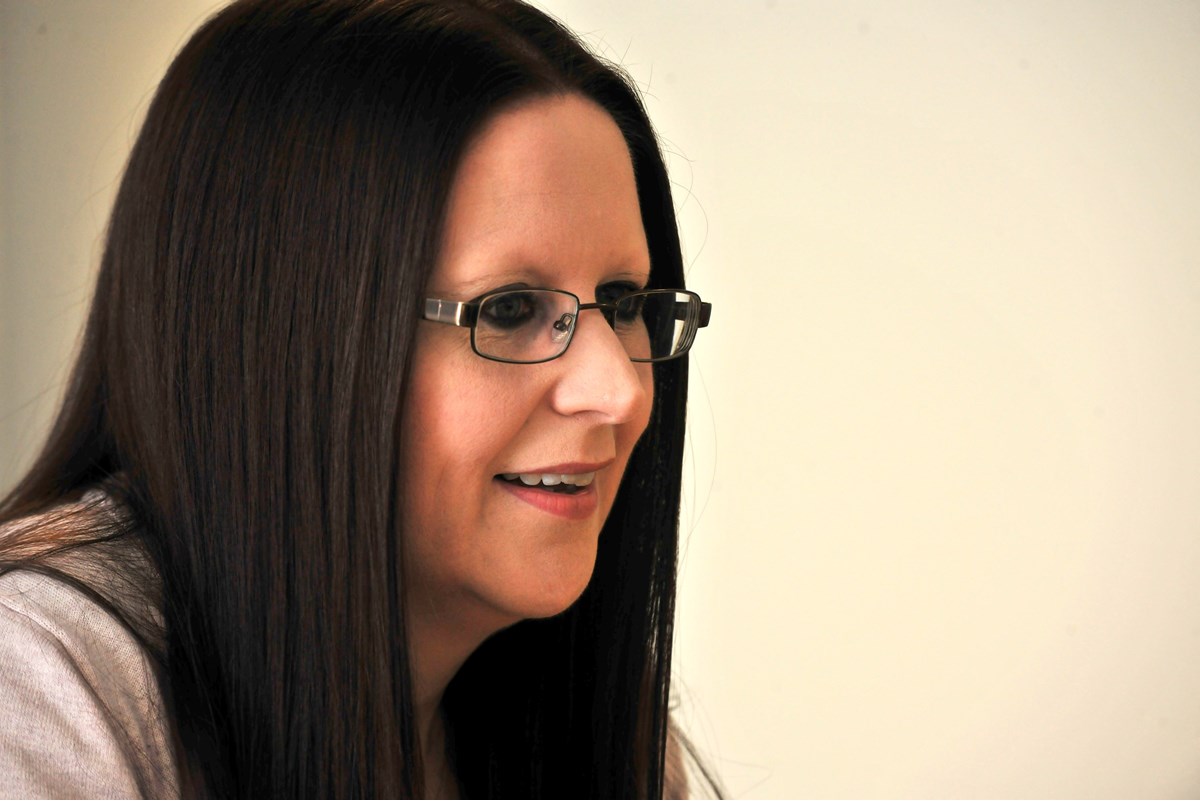 NRS Healthcare has more than halved its fleet insurance claims since appointing a dedicated fleet manager in mid-2013.

Alison Owen, who has been in the automotive industry most of her working life (with spells at rental providers Thrifty and EuroDollar, leasing company ALD Automotive, and insurer Hastings Direct), was brought in to manage the fleet of 120-130 vehicles, after the company recognised it needed a dedicated role.

“Historically, NRS was part of Findel and the fleet management element was run for the group,” explains Owen. “When NRS branched out it had the majority of the fleet and all the commercial vehicles, so it was agreed it needed its own fleet manager. One of the regional managers was covering quite a substantial part of it but it’s not something you can do part-time.”

Since Owen took on the role, the fleet has grown significantly to 401 vehicles (345 vans and 56 cars) – the majority added over the past 12 months as a result of business growth.

The company provides daily living aids and mobility equipment to help elderly and disabled people to be self-sufficient at home and has contracts throughout the UK.

Its driver technicians, who deliver and fit the equipment as well as performing collections, can clock up high mileages depending on the county they are working in. Their job title recognises the fact that they spend 50% of their time driving.

“When I came in a lot of the health and safety elements were geared towards what they do at the service user’s house – and rightly so. But there is also just as much of a risk to the driver technician out on the road, so it’s about getting them to understand that balance, which I think we’re doing well,” Owen says.

One of the first things Owen did was introduce daily vehicle checks before driver technicians go out on the road, with managers performing a monthly check of the vans.

Educating driver technicians about their responsibilities has been key.

“A lot of them hadn’t come from a professional driver background, so they were lacking the knowledge of the importance of why we ask them to do a check every day,” Owen says. “It’s about ensuring they understand the repercussions if they’ve got a vehicle with defective tyres or missing  brake lights.”

Owen also updated the company’s fleet policy, switched from manual driving licence checks to electronic licence checking with DriverCheck, tightened up the incident reporting and handling process and brought in Incident Support Group to run a 24-hour driver helpline for drivers to report incidents and to handle service, maintenance and repair bookings.

Arguably, the biggest change has been introducing driver assessors at each of NRS Healthcare’s 21 depots through a partnership with Drive Smarter 18 months ago.

All van drivers and sales staff in company cars have now been through a driving assessment, which looks at their abilities out on the road and determines whether they need further training.

“We primarily deal with delivering equipment to residential care homes and individuals’ residences and drivers have to manoeuvre a four-metre long vehicle in quite tight cul-de-sacs, so it’s giving them the ability and the confidence to manoeuvre the vehicles in narrower spaces than perhaps they would be if they delivered to industrial estates,” Owen says.

Anyone who has an incident – own fault or not – is also assessed before going back out on the road.

“We investigate formally all incidents and any help or support and additional training is provided,” Owen says.

“The assessments have been met with a lot of positivity,” she says. “You do get some drivers saying, ‘I don’t need to be taught how to drive’, but it’s getting across to them that it’s not teaching them to drive – they’re offering advice and guidance and assessing their abilities and helping them in that area.”

The results speak for themselves with the amount that NRS’s insurers pay out falling by approximately £200,000 since 2013 – despite the growth in the fleet size. NRS is anticipating a 5% reduction in its insurance premium at renewal.

“The nature of the business means we’re never going to get our incident rate down to zero, but I’m pleased with the progress we’ve made so far,” Owen says.

NRS has focused on the van driver technicians because they had the largest volume of incidents, due to the size of their vehicles. But one of Owen’s aims is to ensure that all drivers have assessments.

NRS also now plans to introduce a classroom-based training course, run by Mercedes-Benz, to complement its on-road assessments and coaching.

Initially, managers from within the depots will take the training course.

Having managers that have completed the training will also mean that they will be able to support the driver technicians following their training.

NRS opted for the Mercedes-Benz course as it has a long-term relationship with the manufacturer. By the end of this month it will be a 100% Mercedes-Benz van fleet and all of the vehicles are contract hired from Mercedes-Benz Financial Services (MBFS).

Vans are predominantly on four-year leases, while cars (Mercedes-Benz and Volkswagen) are replaced after three years.

Maintenance is on a pay-as-you-go basis because the vehicles are on variable servicing and “it’s more practical to lease excluding maintenance”, according to Owen.

“We find it’s beneficial for us,” she says. “It enables us to control costs a little bit more.”

Cost was one of the reasons NRS moved to a solus Mercedes-Benz van fleet.

“Mercedes-Benz vehicles stand up to the type of work we do – we do a lot of stop-start and there is a lot of equipment loaded and unloaded,” Owen says. “You can run a Mercedes-Benz van up to 200,000 miles and the van is hardly bedded in.”

NRS was also impressed with the level  of standard fit safety technology on Mercedes-Benz vans.

Having a premium brand also fits with NRS Healthcare’s company image. Owen points out that the driver technicians are the “face of the company” and it is important they arrive in a clean, smart van.

“We like to make sure they take pride in the vehicle they’ve got,” she says. “They’re the image of the company that the service user sees so it’s important to maintain standards.”

All the vans are fitted with speed limiters (set at 70mph), reversing cameras and telematics.

Drivers are given in-vehicle feedback via a lightbar which goes from green to amber to red and beeps at them if they do any harsh manoeuvres.

Owen says it is too early to tell whether telematics has improved fuel economy, especially as drivers have been using it over the winter, but she believes it is improving driving standards.

“Generally the drivers are of a good standard and have adapted with the lightbar: when it’s gone off they want to make sure it doesn’t go off again,” Owen says.

The system also enables NRS to use live data to respond to ad hoc jobs.

“It’s handy to be able to search to see who is the closest driver technician to a certain address or whether they have they been to a certain user’s house already,” Owen says.

Masternaut telematics has also been  fitted to sales team company cars, but  there have been no complaints about privacy from drivers. This is because they have a privacy button for private mileage and can use the data for their mileage records and expense claims.

Driver assessors will use the telematics data ahead of assessment to see if there are any particular areas drivers need to work on.

Next on Owen’s agenda is improving the environmental performance of the fleet.  She is considering lowering the CO2 emissions cap on company cars (currently set at 130g/km) as well as looking at Allstar’s carbon offsetting scheme.

Fully electric vehicles are not yet appropriate for NRS, due to the high mileages  the vehicles need to be able to do, according to Owen, but she is considering intro- ducing hybrids. She is also preparing for further business growth should the company win more contracts this year.

“It’s always a good boost when we win new contracts,” Owen says. “Everyone likes to see the business growing and doing well. Hopefully 2016 will see as much growth as there was in 2015, if not more.”

How converter helped to reduce weight

Making sure the vans are not overloaded is one of the challenges Owen faces.

As the drivers do both deliveries and collections “the heaviest time of day isn’t necessarily when they pull out of the yard first thing in the morning”, she says.

A number of the vans have a weight system which provides a running total throughout the day and tells the driver whether or not they have distributed the  load evenly.

Owen also works with NRS’s vehicle converter Cro Vec to reduce weight. For example, the newest vans on the fleet have aluminium rather than steel moveable bulkheads (used to separate the clean and dirty items in the vehicle).

NRS has to ensure the vehicles are fully washable inside to meet strict guidelines for infection control so the vans are fitted with waterproof lining. On the recommendation of Cro Vec, Owen has changed the lining to make it more durable and less likely to get damaged.

“If you look at a van that joined the fleet at Christmas time and one that joined six months ago it will be different,” Owen says. “I really appreciate our van converter’s help with that.”

Despite the level of conversion the vans undergo, converter Cro Vec and Mercedes-Benz has ensured that all new vehicles are ready for the first day of a new contract.

Alison Owen has no regrets about switching from the supplier side to being a fleet manager.

“I draw on all my experiences from the other side and I’ve brought a lot of contacts with me,” she says. “I brought Thrifty on board as our supplier for daily rental. I know who to speak to if I need things out of the ordinary. I also understand the insurance element – when things are deemed fault and non-fault and I am able to say to depots ‘why is our driver being classed as at-fault in that particular incident?’

“It’s also about getting them to understand the bigger picture if there is an incident, that it’s not just repairs, it’s replacement vehicles and all the other associated costs that you don’t necessarily see. I  can draw on my knowledge and experience there.”