In the two years since he joined Rexel, David Fisher has launched a string of initiatives that have taken it to Fleet News Award-winning levels of efficiency. John Maslen reports.

An award-winning fleet improvement programme at electrical trade wholesaler Rexel has shown the value that an experienced, dedicated fleet manager can bring to a business.

Since joining Rexel UK as fleet manager two years ago, David Fisher has introduced a wealth of initiatives that have driven cost savings and efficiencies, leading to the business being named Most Improved Fleet of the Year at this year’s Fleet News Awards.

On average, the improvements have provided incremental savings of more than £80,000 for every month he has been with the company, with Fisher estimating total savings to have exceeded £2 million. 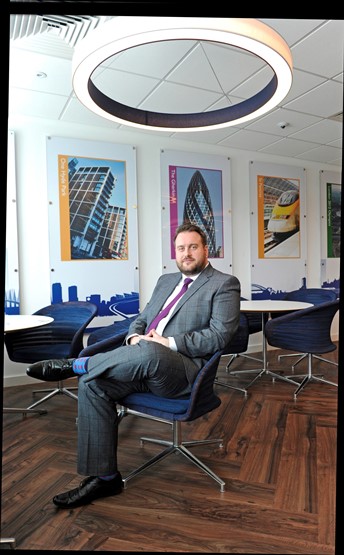 Fisher has introduced or planned more than 30 projects, many of them requiring extensive internal collaboration to achieve a successful outcome.

They have covered every aspect of the fleet, from choice lists to driver handbooks, vehicle hire, risk management, daily rental and grey fleet.

There are several factors that have enabled the scale of the changes he has introduced since joining, including a supportive management team, but two stand out.  The first is having the personal drive to tackle a challenge and deliver results.

Fisher says: “I like pressure, it keeps you focused and it was a case of ‘this needs doing’ and getting it done. I like being in at the deep end and taking on a challenge.”

The second element is having the professional experience to develop a vision for change and then guide projects to a successful conclusion.

Fisher has extensive experience in fleet management with both end-users and fleet suppliers, which provides him with a valuable perspective on managing all the elements of fleet projects.

Previous fleet supplier roles have included Lex Autolease and Fleet Logistics, while he has held fleet management roles at Fujitsu Telecommunications and Carter Synergy, where he ran an outright purchase fleet of hundreds of cars and vans, which involved formulating policies, advising on health and safety, reviewing and advising fleet policy for vehicle purchase and disposal and negotiating with suppliers. 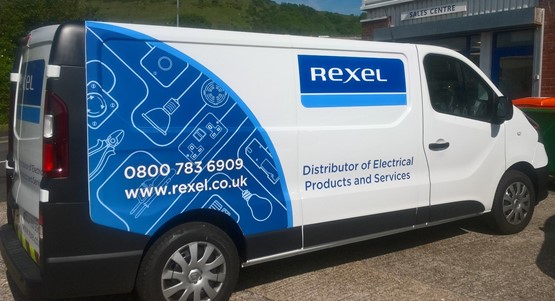 Fisher has brought all his knowledge to Rexel which enabled him to develop a vision for change. The company is a multi-billion-pound global business, which employs 3,000 people in the UK across 250 branches. It operates more than 1,200 cars and vans.

Fisher says: “There was a lot to do, as at the time there was no dedicated fleet manager. When I joined I focused on understanding the fleet and how it operated.

“My manager asked me to review the fleet, so I used my experience to establish the shape of the fleet and identify problems that needed fixing and opportunities for improvement.”

An important element of this review was establishing links throughout the business to create a clear picture of fleet requirements.

Fisher says: “I spoke to business managers and the leadership team, then set about building a five-year plan.” 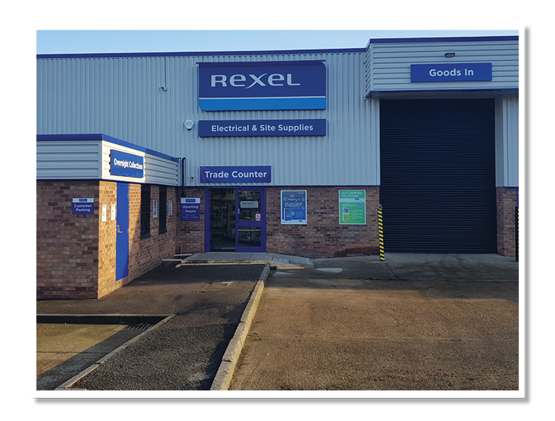 This long-term vision for the fleet provided a strong foundation for delivering improvements, as it ensured business leaders could see where proposed changes were leading and the benefits of backing new policies.

Initially, Fisher focused on changes that delivered the most immediate benefits, such as short-term hire, where the introduction of a new supplier, Nexus Vehicle Rental, a review of vehicle use and a shift to online ordering and management delivered monthly savings of more than £15,000.

“I ensured that before a vehicle was hired, this had to be confirmed through the area manager and we reviewed issues such as vehicle hire over weekends,” he said.

“We also ensured the rental provider chased late returns if a vehicle wasn’t given back when expected. All these initiatives together halved our hire terms.”

Other ‘quick wins’ included a review of the vehicles logged with services that incur an automated monthly fee, such as the London congestion charge and DART charge, to remove any that were no longer required.

This was followed by one of the biggest changes to the fleet, as Fisher reviewed the fleet policy and choice list.

He extended the choice list available to drivers, but focused on wholelife costs to reduce the total cost of vehicle operation, while also cutting emissions.

Fisher says: “The potential wholelife cost savings are more than £1m. Drivers will see benefit-in-kind tax and specification improvements and we have made choices easier for drivers by moving from a spreadsheet-based system to online ordering, where drivers only see the vehicles in their bands.”

Brands include Audi, BMW, Ford, Toyota, Lexus and Jaguar Land Rover, with choices limited by CO2 emission bands. The CO2 cap is linked to the vehicle grades offered, with limits ranging from 100g/km to 150g/km. 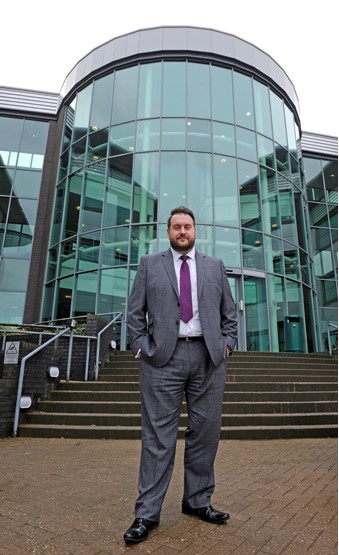 Fisher adds: “This list will be renewed every 12 months, ensuring the vehicles are efficient and economical and we will be looking more into pure electric as the vehicle range increases.”

The fuel policy shift to expand choice beyond diesel has also had a substantial impact, with the majority of orders shifting to hybrid or plug-in hybrid vehicles in some months.

One of the challenges of the shift to new fuels is ensuring drivers have a suitable mileage profile for their fuel choice, particularly plug-in hybrids with low electric-only range.

Fisher is working with mileage and expense management company TMC to ensure that suitable vehicles are selected as part of its ongoing work with Rexel. 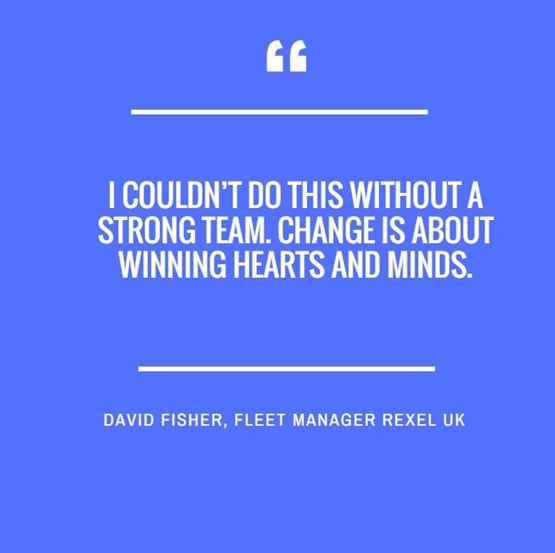 TMC supports businesses by consolidating, analysing and auditing mileage and fuel data. Rexel drivers use Shell fuel cards, which were introduced following a tender last year that delivered potential savings of hundreds of thousands of pounds a year.

Drivers pay back the cost of private fuel, based on TMC analysis, in a scheme that underwent a full relaunch last year to coincide with the arrival of the new cards.

Fisher says: “We had a low compliance rate for people submitting private mileage information on time, so we discussed this with the business and relaunched the policy and the fuel card at the same time.

“We talked to everyone and explained to them that if they did not complete the fuel return, the cost would be deducted from their fuel card. Following the briefings, compliance increased to more than 90%.”

The data provided also helps with other aspects of driver management, such as pinpointing poor fuel economy that could indicate a need for driver training. 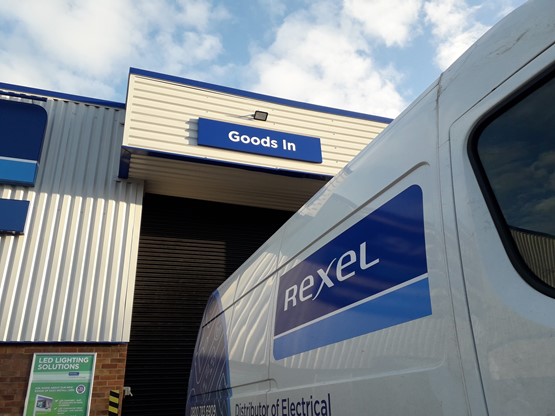 Fisher has also worked with the fleet’s insurance company to carry out risk management assessments that have helped reduce its loss ratios.

He says: “As a business, Rexel wants to ensure drivers are safe while travelling for business and do not put other road users in harm’s way.”

The fleet recently implemented online licence checks and risk assessments for all company car drivers through Aon and e-Driving Fleet.

A training schedule is being arranged for higher risk drivers to help reduce the possibility of them being involved in a collision.

The business received a bursary from Aon to push through the risk initiative and it has also introduced post-collision interviews to drive home the safety message.

Fisher says: “We look at why accidents are occurring and offer driver training for people with more than one fault accident.”

He has sent copies of the Highway Code to all drivers after carrying out online risk assessments, adding: “Some drivers may have passed their test 20 years ago and not looked at the book since.”

In addition, he has written a new grey fleet policy. As a result, the fleet has received a reduction in its insurance bill after more than halving loss ratios, while more initiatives are in the pipeline.

“We have plans for on-road driver training and driver behaviour technology and I am looking at eco-driver training to help get the most out of green vehicles,” Fisher says.

Other areas of focus include a review of the van fleet, ranging from manufacturers to telematics suppliers.

The fleet team’s success has also led to an increase in remit, as it has assumed responsibility for the heavy goods vehicles, which will see the department expand from three to five staff.

Fisher says: “I couldn’t do this without a strong team. Change is about winning hearts and minds. We are working to improve service levels provided by the fleet department for our internal customers and raise the profile of our role within the business.”

Making a difference: the benefits of a dedicated fleet manager 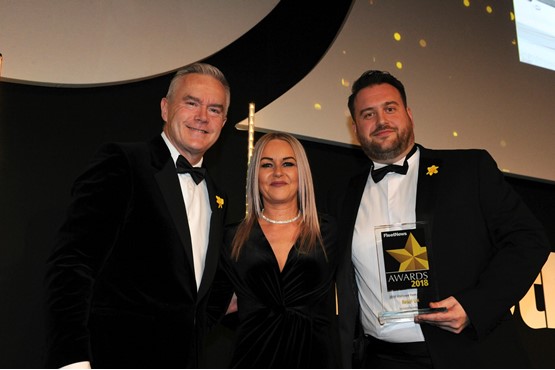 Rexel is enjoying the experience of having a dedicated fleet manager.

Prior to the appointment of David Fisher, the company had an administrator, but growth in the fleet persuaded it to consider a more senior position.

Part of Fisher’s induction was to complete a full review of the fleet operation, advise on the strengths and flaws and recommend the best way forward. This improvement secured his place in the business.

“It showed the difference a dedicated fleet manager makes. Without one, it can make cost savings harder to achieve,” Fisher says.

Among his latest projects is a shift away from pooled mileage to actual mileage contracts for the fleet of leased cars, which could save more than £100,000. He is also reviewing manual handling equipment, for which the fleet takes responsibility.

A review of van manufacturer suppliers will include a focus on wholelife costs, including ‘hidden’ costs, such as downtime and the productivity impact of changes in specification.

Fisher adds: “This is one of the benefits of having someone to focus on these things, which is why the department is growing.”

It also makes the recognition of receiving a Fleet News Award all the more rewarding, he adds.

He says: “Winning was a bit of a shock. It was great to be recognised, but I was just happy to be shortlisted.”