‘I have an aversion to grey fleet’ - that’s what Kevin Inns told his new employers when plotting to convert cash-takers to company cars. It’s saved thousands of pounds. 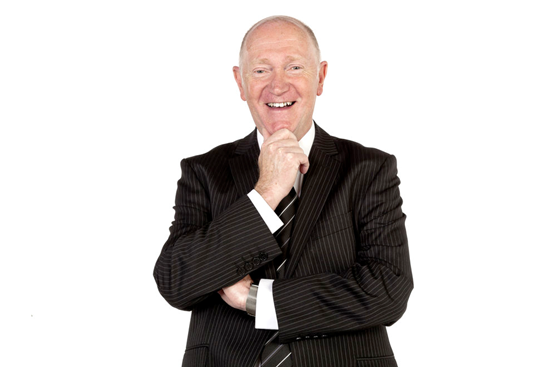 The statement “here’s a clean sheet of paper, now go and create a fleet policy” would fill some with dread, while others would eagerly grasp the opportunity to shape a fleet to their own blueprint.

Kevin Inns sits firmly in the latter camp. When he joined Barchester in 2005, he brought to the care home provider a career spent entirely in fleet, with experiences ranging from job-need to perk cars and from manufacturer to leasing company. The chance to employ those skills to establish something from scratch was a central reason he joined the organisation.

“Barchester had no transport manager before; they inherited a fleet from an acquisition which tripled the size of the fleet and they didn’t know what to do with them,” Inns says.

“Their philosophy was to have a car allowance and then they wouldn’t have to worry about it. I told them at the interview that that was not the case and it needed to change. I have an aversion to grey fleet.”

His strong words clearly had an impact; Inns was hired and left to get on with the job at hand. At the time, the fleet numbered 160, with around 170 cash-takers.

The cash scheme was highly attractive to staff so Inns put together a spreadsheet for the board showing the cost to the business and the potential savings from bringing them into the company programme. It ran into tens of thousands of pounds per year.

The benefits ran deeper than the bottom line savings, however. “It also enabled us to have greater control over what they were driving,” Inns explains. “This is important for a business that is often criticised for the amount of money it charges to look after people, even though that money is justified if we are to look after them properly.”

As a result, Inns created a car policy that contained good quality, reliable cars. He then set about educating staff about the advantages of company cars.

“A lot of people didn’t appreciate how cost-effective a company car could be for them,” he says. “So we put together a range of car options, with tax burdens, and it opened their eyes to see how much they could save, plus the convenience factor if the car is off-road.”

Initially, staff were given the choice to opt into the company scheme – except new starters who were no longer offered the cash alternative. Over the next few years, almost all decided to move across, testament to the effectiveness of Inns’s communications strategy.

The choice of vehicle has been key to the successful migration. Inns selected cars from Audi, Ford, Nissan, Toyota, Škoda and Volkswagen (including all-electric Leafs and hybrid where available) for their “quality, value for money, good reputation – and they promote our business as being safe, secure and sound”.

Nissan and Audi are the most popular, followed by Volkswagen, which has been unaffected by the emissions scandal.

Inns also implemented a 130g/km CO2 emissions cap, which remains unchanged because “everyone is of a mindset that they want to reduce emissions for tax purposes”.

He fostered this culture by heavily promoting the tax implications of each model to encourage staff to plan for full terms.

Just 16 people remain on the cash list, primarily senior management and a handful who require a type of car for personal reasons which is not offered by Barchester.

However, each has to sign up to the same rules governing the fleet; they are treated the same when driving on company business.

In creating a car fleet policy, Barchester has bucked the trend in the care home profession, where few organisations offer company vehicles. Consequently, it is seen as a more attractive employer, helping it to appeal to new recruits.

As a result of the changes, the fleet has grown almost three-fold, to 465 vehicles, including 280 cars and 35 vans (the mobile maintenance team).

The balance consists of people carriers, minibuses and pool cars, based at one of Barchester’s 200-plus care homes across the UK.

Funding is a mix of outright purchase and contract purchase, the latter exploiting the care home’s VAT position. Following a tender at the end of 2014, Alphabet was appointed as the funder, including maintenance.

“They were the best option because of their size, services and rebates,” Inns says. “Price is a driver but I do a lot of hand holding with our people, so I also wanted a provider that would work with us in helping us to operate the fleet.”

Inns willingly acknowledges his preoccupation with near micro-management. On average he receives around 80 emails and 50 phone calls per day from drivers.

Would this type of admin not be better handled by Alphabet? “In many cases it is straightforward. But I would sooner answer a question today than have someone do it wrong, requiring me to spend time putting it right,” he replies.

“I believe in providing a service to our people. They are not transport minded – I am, so this is the role I fulfil.”

While the majority of the fleet is on contract purchase, Barchester owns 130 vehicles, including all its vans which are bought at around two years old via auction. This is a legacy dating back to when the company launched its care home maintenance division.

Inns explains: “When we started the maintenance business, we didn’t know if it was going to work so we decided to buy some vans at auction rather than risk being left with vans on contract for a business that didn’t work.”

The approach stuck; Barchester operates the vans until they “start to cost us money”, he says, generally at around eight years old. It also owns some people carriers due to the reluctance of leasing companies to provide funding for more than five years.

“They are very low mileage so we lease them for five years and then we buy them and run them for another two or three years,” Inns says.

He takes care to ensure that every home knows what it is paying each month for budgeting purposes. Where vehicles are bought outright, the home pays a monthly maintenance fee into a central pot which covers any repairs.

“This means they still have a fixed monthly cost which is key because they are on tight budgets,” Inns says.

An important priority when creating the new fleet policy was driver safety, not least considering the statements about the grey fleet made by Inns during his job interview.

All training is undertaken by AA Drivetech, with one-to-ones taking place over several days to minimise the impact on the care homes. Additional training aids cover wheelchair safety, use of tail-lifts, health and safety and first aid.

As a general rule no one under the age of 25 is allowed to drive for business. In addition, regular eyesight checks are man-datory as many drivers are past the age of retirement.

All incidents must be reported and, if necessary, investigated. This also enables insurance partner Aviva to tackle uninsured loss recovery, which has saved the company a lot of money.

Driver buy-in is achieved through persistent communications on Barchester’s intranet system, reinforced by regular meetings and events. “We also ensure that drivers take residents’ needs into consideration in how they drive,” Inns adds. “Everything is designed with safety in mind.”

‘Nothing but fleet’ leads to current role

Kevin Inns has known nothing but fleet during his career. He began repairing commercial vehicles from school before joining the fleet team at former retailer GUS.

While there, Inns had, he says, “the best teacher ever” in Sid Iredale. As a former driving examiner who had spent time in the army, Iredale had “the right background”.

Inns says: “He nurtured me. In the ’70s he insisted on driver training before someone could get in a car. That was ingrained in me right back then.”

From there, Inns ran the fleet at Safety-Kleen for five years before exchanging job-need drivers for perk at a computer business.

In the early ’90s, his career took a left turn when he was poached by Nissan to head its company car fleet and its press and demonstrator fleet. Inns also set up the used car disposals scheme at the company, which earned him his first appearance in Fleet News in 1992.

“It was great working with likeminded people in fleet,” he says. “Often fleet is way down the list of priorities – it’s not a core business – but at the manufacturer, vehicles were everything.”

After a stint running the fleet operations at a business managing waste contracts for local authorities, Inns took another diversion, following a well-trodden path into leasing by joining Velo (now part of Zenith) as remarketing manager.

In 2005 he was approached to head the fleet at care home provider Barchester where he was presented with a clean sheet of paper to create a fleet policy from scratch.