Combining AER and AFR could be solution to PHEV reimbursement, insight

For although it introduced a business mileage reimbursement figure for pure electric vehicles of four pence per mile , no AFR was set for plug-in electric hybrids (PHEVs).

Instead, HMRC continues to say that PHEVs should be treated as the equivalent petrol or diesel vehicle for mileage reimbursement purposes – advice that was originally given before PHEV technology was available.

This means drivers would be reimbursed far in excess of the true cost of doing the business mileage: a factor which is widely believed to deter fleets from adopting the technology. It also means that drivers have less incentive to charge up their vehicles.

HMRC remains unmoved despite lobbying by fleet operator association ACFO, which outlined its own AFR proposals a year ago.

So what should fleets do?

Jeff Whitcombe, director of BCF Wessex, says: “My gut reaction with PHEVs is that it might cost a business a few pence per mile more, but it is simpler to pay the AFR.

However, other experts argue that as well as reducing the cost of business mileage, paying a lower rate will encourage drivers to charge their car more frequently, therefore making significant savings on the amount of fuel used as well as reducing real-world vehicle emissions.

“This also negatively impacts on ULEV driver behaviour. From the perspective of a driver with a plug-in hybrid vehicle using the same AFR as drivers of traditionally-fuelled vehicles, where is the incentive to charge up instead of fuelling up? They will be reimbursed in full either way.

“If a composite AFR was set specifically for plug-in hybrids at a lower rate, commensurate with the vehicle’s pure EV range and typical fuel consumption, it would provide a fairer reimbursement system and would encourage drivers to plug-in and charge the vehicle rather than refuelling. 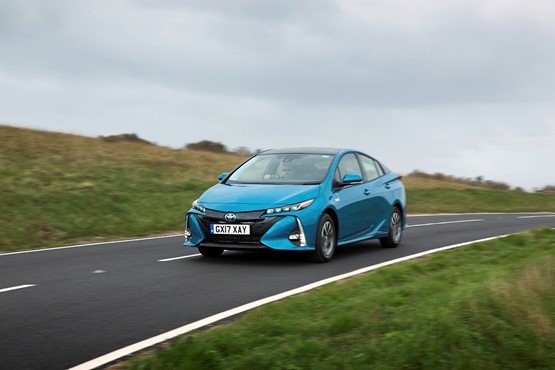 “It would also discourage high-mileage motorway users from taking PHEVs, which are typically less fuel efficient than diesels in these driving conditions.”

Fleet News calculations (see panel below, right) show that using a blend of the advisory electricity rate (AER) and AFR could cut mileage reimbursement by more than £4 over a 50-mile journey.

Sarah Gray, fleet consultant for ALD Automotive, adds that a method of ‘at cost’ reimbursement can drive the right behaviours.

For example, if employees pay back their private mileage based on total fuel spend, then it is in their interest to buy petrol at the cheapest rate possible and charge their PHEVs often to get the best fuel economy.

Some fleets, such as Galliford Try (see panel overleaf), already reimburse their PHEV drivers at lower-than-AFR to encourage drivers to charge their batteries.

Companies can also take other steps to encourage charging. It is important for drivers of PHEVs to have a home charger in order to achieve the best possible fuel efficiency, says Paul Gambrell, transport consultant at Energy Saving Trust.

“In our view, a plug-in hybrid should not be given to a driver if they haven’t got the opportunity to charge it at home, because it is all too easy to drive it around and never charge the battery which can actually be worse than giving them a petrol or diesel car,” he says.

Ensuring PHEV drivers have home chargers is a practice already adopted by many large organisations, such as Balfour Beatty and Britvic.

“It is also important to introduce a clear policy and encourage drivers to change their habits,” says Gray.

“For the vast majority of drivers, the vehicle can be charged overnight at home, which is actually more convenient than having to stop and fill up with fuel en route. It should be an easy habit to adopt.

“By combining the use of telematics with an analysis of fuel spend, it is relatively simple to identify any employees that are not regularly charging their cars.

“Employees should be made aware that all company car costs are regularly analysed in order to avoid unnecessary spend, including the regular charging of vehicles.” 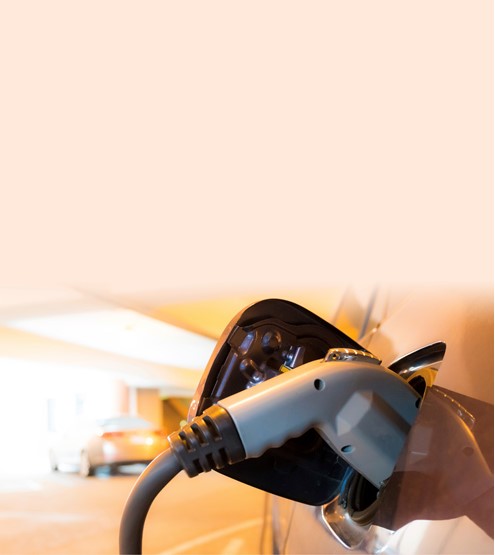 If and how a driver is reimbursed for the electricity used to charge an EV has tax implications for an employer and employee, said Whitcombe.

Under the draft Finance Bill 2018-2019, an employer can provide free electricity at the workplace to an employee – for business or private use – with no tax implications.

However, if an employee charges either at home or at a public charge point – wherever it is situated – and is then reimbursed that amount by their employer, then that amount counts as earnings which means it must be added to that employee’s other earnings.

The employer must also then deduct and pay PAYE tax and Class 1 National Insurance through payroll.

Whitcombe says that if the driver of a pure EV charges at work for free and uses that electricity for business mileage, then they should not make a claim for reimbursement.

However, it could be difficult for a fleet decision-maker to determine if this is the case or if they had paid for the electricity themselves.

Combining AER and AFR may provide the solution

One possible alternative to reimbursing PHEV drivers the AFR for the equivalent petrol or diesel model for their business mileage is to calculate a composite reimbursement rate by using both the AER and the AFR.

For example, if a company car driver has a PHEV with an official battery-only range of 30 miles, then that driver could be reimbursed the AER of 4ppm for the first 30 miles of any journey, and then the AFR after that.

The table on the facing page gives examples of how this may work.

This formula could be adjusted to cater for plug-in hybrids with different electric ranges and engine capacities.

Chris Chandler, principal consultant at Lex Autolease, says it is essential to demonstrate robust working and secure approval from HMRC before the implementation of any composite rates.

He adds: “A definitive solution is needed, but in the meantime our advice to customers is to put an interim rate in place for different fuel types to help a company realise the full environmental and cost benefits of plug-in vehicles.” 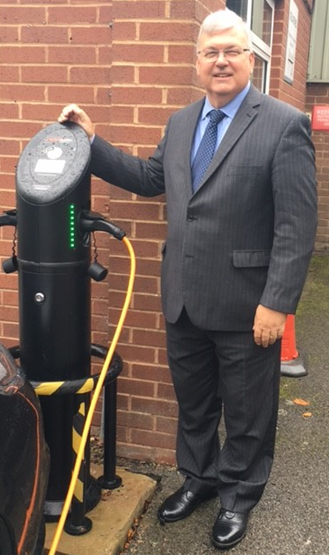 The construction business, which has been named as a Go Ultra Low Company in recognition of its commitment to operating ultra-low emission vehicles, currently operates around 150 PHEVs: 7.5% of its total car fleet.

Drivers of diesel cars have a fuel card but pay for any private miles. PHEV drivers do not have a fuel card, but claim back business mileage at about 20% below the fixed pence per mile advisory fuel rate.

“Because we supply free workplace charging to PHEV drivers, we give them a reduced mileage rate – about 20% less than the AFRs,” says Galliford Try fleet manager Alan Baker.

“Drivers realise that if they don’t plug-in they are going to be out of pocket.”

The company has installed charge points at 10 of its sites, and it has introduced an online booking system to make it easier for drivers to use them.

“We have a diary for each charge point so people can log into the system and book a slot when that charge point is available,” says Baker.

“This has also helped increase the charging because people know that, although there may be a vehicle using a charge point at that time, in half-an-hour it will be available.

“We try to get people to book for a three-hour slot, which is generally OK for a top up.”

Galliford Try also has around 125 hybrids and, for these, it follows HMRC guidance that they should be treated as either petrol or diesel cars for reimbursement purposes.

Fleet industry calls for HMRC to provide advisory fuel rates (AFRs) for plug-in company cars have been ignored by the Government.