Euro6: Diesel cleans up its act 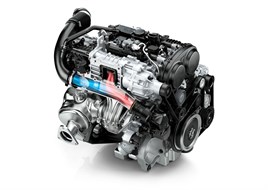 Euro6 emissions regulations will see all car and van manufacturers introduce super-clean diesel engines. But how are they achieving the new standards and what will it mean for fleet operators? Sarah Tooze reports.

Diesel has traditionally been seen as a dirty fuel, but EU emissions regulations are helping it to clean up its act.

What is Euro6?
Euro6 more than halves the amount of nitrogen oxides that a diesel car can emit with a cap of 80mg/km. The EU is focusing on NOx because it is one of the most harmful greenhouse gases. It can last up to 150 years – significantly longer than other greenhouse gases.
Euro6 will be binding for the type approval of vehicles as of September 1, 2014, and for the registration of new types of cars and vans as of September 1, 2015.

The aim is to reduce these emissions, thereby limiting the impact on the environment and public health.

Diesel is a bigger culprit than petrol when it comes to these emissions – although it emits less CO2 (not measured by Euro6 as there are separate targets for manufacturers).

Euro4 standards, which were introduced in 2006, saw diesel engines make big strides in reducing the amount of harmful emissions they produce. It would take 35 Euro4-compliant vans to produce the same volume of particulates as one pre-Euro1 vehicle, for example.

The current Euro5 standard took things further, limiting the amount of NOx a car can emit to 180mg/km – a 20% reduction compared to Euro4. But Euro6 is more ambitious.

A number of manufacturers are ahead of the game and already have Euro6-compliant cars and vans on the market.More were unveiled at this month’s Geneva Motor Show.

Meeting Euro6 is relatively straightforward for petrol engines. Ford, for example, will expand the use of its Ecoboost powertrain across more vehicles.

Mazda was one of the first manufacturers to introduce a Euro6 diesel engine. It says its Skyactiv technology has allowed it to improve the cleanliness of its diesel engines without the need for exhaust after-treatment systems.

This has been achieved though weight reduction, reduced compression ratio and more efficient drivetrains.

However, most manufacturers are turning to after-treatment systems such as the Lean NOx trap (which is fitted instead of the normal oxidation catalyser) and the Selective Catalytic Reduction (SCR), which works with a reduction agent (Adblue).

Bosch claims that its Adblue Denoxtronic system can reduce nitrogen oxide emissions by up to 95%. It is a more expensive system than the Lean NOx trap but Bosch says Denoxtronic can help reduce fuel consumption by up to 5%, which offsets the higher cost.

The system isn’t required on small cars, since optimised combustion is sufficient to meet the European NOx limits, so it is generally found only on larger cars, SUVs, and commercial vehicles.