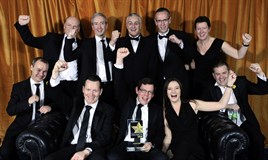 The Vauxhall Insignia is proof that if you get the pre-launch strategy right, negotiate the right spec and pricing level with the finance bosses and throw sector-leading CO2 emissions into the mix, sales will follow. And not only follow from the expected sources, but also by enticing drivers away from premium models.

Emissions of 98g/km plus a decision to reduce P11D pricing have given the Insignia the wholelife cost edge over many of its competitors, according to fleet sales director James Taylor.

“When you have the right model you can pull from premium brands – we are seeing it with some Audi and BMW drivers going into a higher spec Insignia and saving the tax,” he says.

Taylor intends to replicate the Insignia formula with all future launches, most immediately with the Corsa, due towards the end of the year, and the new Astra in 2015.

“It’s about having the right product and the right specification at the right price and for the right customers,” he adds. “It’s all about planning ahead.”

This will be crucial as Vauxhall bids to make good on its pledge to be the number one seller in true fleet by 2016/17.

Fleet News: Vauxhall has had a strong start to 2014 in true fleet and retail. What are your expectations for the rest of the year?
James Taylor: Our order take for Insignia and Mokka is up 50%. We are in a good position for this year. Our market share will be broadly flat with increases in retail and true fleet, but not rental. Full-year sales of Mokka and Adam will help to give us growth.

We are seeing large customers back in the market – normality is gradually returning. SMEs are also driving the market and we are seeing significant salary sacrifice growth. We have been surprised by the market growth year-to-date. The SMMT consensus for March was about 10% below what actually happened. We are heading towards a 2.4 million market.

FN: Does this size of market present any challenges?
JT: We are seeing an increasing cautiousness on residual values by leasing companies but I think there is still some growth in the used market. I’m more optimistic on forecasts.

FN: Vauxhall’s stated aim is to be number one in retail and true fleet. How will you achieve this?
JT: Our challenge is to have brand consideration and that’s a cumulative affect – it doesn’t happen in the short-term. It’s about making cars more attractive in terms of specification, benefit-in-kind (BIK) and fuel economy. If you are bold, like we were with the Insignia, you can have a significant step-change. Last year we closed the gap to the number one by 40-50% in true fleet.

It’s also about product lifecycles; the Corsa and Astra hit the sweet spot in the product lifecycle. We could see a 20,000 swing just with the new Corsa in year one because it’s new product versus older product. The build-up will be in 2015, but 2016 will be the key year. We have been number one in true fleet for individual months, so it’s not an insurmountable target.

FN: How has the action you have taken to reduce short-term rental business affected your residual values?
JT: Insignia and Mokka residual values are up by £1,000 year-on-year. Although it’s difficult to isolate the true impact, we believe that across our range, residual values are probably around £500 higher on a three-year/60,000-mile car than they would have been . It’s a significant improvement.

FN: The van market has been surprisingly strong, although Vauxhall’s sales slipped back slightly because of the Vivaro. Is it a case of holding on until the new model is launched ?
JT: The van market had a strong first quarter. Used van demand has been very strong so rental company demand for new vans has been high as they replaced their fleets. Improvements in fuel savings are encouraging fleets to replace their older vans – there are big incentives in wholelife costs if they change.

Our quarter one performance was good. Vivaro had a big order take last year of 1,300 so it is comparatively down. But we have a strong quarter two and three order take. The new Vivaro should have class-leading wholelife costs, largely driven by the fuel savings.
We expect the market growth to slow down; it will probably end around 10% up for the full year.

FN: There has been a lot of talk about automatic gearboxes becoming a standard feature in vans, similar to HGVs. What is Vauxhall’s position?
JT: In the past auto boxes produced more CO2 than manual but the latest generation, with eight and nine speeds, have better fuel economy. We expect to see auto boxes become more prevalent in all vehicles, especially commercial vehicles which are starting at a lower base of mpg where small improvements add up to large fuel savings. It’s one to watch.

FN: CO2 emissions in diesel and petrol cars have fallen dramatically in recent years; how much further can they go?
JT: The market will move by 5g/km a year because everyone is chasing the European average emissions target by 2021 and they all want to showcase their technology. It won’t slow down. We will see some people in the Astra segment get below 75g/km within a year or two.

FN: Will this include Vauxhall models?
JT: Potentially – we have to be in that area; that has to be the target. If we aren’t there, someone else will be.

James Taylor is clear that diesel, and to a lesser extent petrol, will remain the mainstays in the fleet sector for the short and medium term.

Although Vauxhall has the Ampera range-extender, a lack of Government support for EVs has stifled sales opportunities. Taylor points to the approach taken by other countries in offering tax breaks and other ancillary benefits such as the use of bus lanes and free parking in city centres.

Meanwhile, the Chancellor’s decision to raise BIK over the next four years from 5% on the Ampera to 13% is further discouraging the company to extend its range-extender technology into other models – something it was openly discussing 18 months ago.

“It is hard to make a business case work to invest in range extenders in other models in the short to medium term with the changes to tax,” Taylor concedes.

“At the moment we just want to be excellent in combustion engines.”