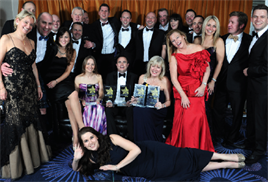 BMW collected an unprecedented fourth consecutive fleet manufacturer of the year trophy at the 2014 Fleet News Awards, matched only by back-to-back wins in the new company car of the year (3 Series in 2013, 5 Series this year), also a first for the awards.

It’s a measure of the company’s grip on fleet that it currently dominates the two reader-voted categories. And it puts Matt Bristow in an interesting position.

Appointed general manager corporate sales at the start of the year when Steve Chater was promoted to general manager, product and market planning for BMW and BMWi, Bristow adopts a business strategy that has seen unprecedented success in recent years. How then, does he make his own mark?

Bristow, who was involved in setting BMW’s 2014 plans together with Chater and BMW sales director Richard Hudson, concedes that the path is set but he believes there are improvements to be made.

“It would be a bit precocious to make wholesale changes so soon into the role,” he says. “There are learnings on the way we approach customer care but that will take time and we will make changes only in a considered fashion.
“ it’s more about the execution that might change rather than the actual strategy.”

One thing that won’t change is BMW’s commitment to grow its fleet sales. “We don’t rest on our laurels; we are investing in people to drive customer loyalty,” Bristow says.

It’s an area he is familiar with, having spent just over seven years as a general manager at BMW-owned contract hire and leasing company Alphabet. The knowledge has proved useful when dealing with one modern-day manufacturer issue: range complexity.

Fleet News: As BMW has added more models to its range, so you risk confusing the market – fleets and leasing providers – with an increased level of complexity. How do you guard against this?
Matt Bristow: In our desire to create customer choice there is an increase in complexity – we now have more than 500 models in the BMW range. This creates challenges with leasing company data management and the breadth of information, particularly when picking benchmark models to go in the mix. So we are running a programme to simplify our route to market. We have to be out there all the time explaining our range and we have increased our field team and introduced a corporate call centre to help support this.

But while complexity has increased, the growing breadth of models reduces the concentration of product that comes back to market, which is good for residual values. Our new models also protect against drivers wanting to change because they are used to our products and our brand. And rolling EfficientDynamics out across the entire range gives further protection to residual values by offering greater choice and variety to consumers.

FN: How are you able to use the knowledge and skills you picked up while working at Alphabet?
MB: It’s the experience of sitting on the customer side of things and understanding how they deal with data and our terms, especially from a residual values perspective which is key to wholelife costs. It also helps knowing how the leasing company grew from small to large which helps when dealing with and understanding the needs of different sizes of leasing company.

FN: What changes have you made, or initiatives have you introduced, as a result of this knowledge?
MB: The Genius Programme is one thing we are looking to grow – we are targeting 500 by the end of the year. This will also help counter the model/trim complexity because they have the time and the mandate to handle that. They have no sales targets; they advise and consult on the car to make the sales process easier. It effectively puts user-choosers in the same bracket as retail: they have all the choices and do all the same research and they need to have the same level of service.

FN: BMW’s fleet sales have been strong in the early half of the year, but they include a big rise in rental registrations. Is this part of your plan?
MB: Rental is part of our strategy because it puts people in front of our cars. But the rise in Q1 is seasonal; we will bring the volume back in rental this year and it will also be dealer-based business.

FN: Where do you see the opportunities for growth in fleet?
MB: The buying cycles were dormant, but they are now coming back to market – we are more confident. The SME sector is where we have a consistency of offer; we don’t do tactical broker business, we have a consistent presence. The overall market is set to grow from pent-up demand; we are seeing four years/80,000 miles as a typical benchmark. We want to grow in line with the market.
We have opportunities with SMEs and the traditional fleet segment and we have to position ourselves to maximise those opportunities. There are aggressive terms out there; we are focusing on the level of customer support to offset some of that price sensitivity. We don’t want to be sucked into that price aggression but we will seek to retain business with a sustainable approach.

FN: Are you concerned that the changes to benefit-in-kind tax announced in the Budget are a set-back to electric vehicle sales?
MB: “We have orders for more than 1,000 (i3s) but it’s a longer gestation period for fleet because the fleet manager might be bought in but then they have to sell it to their driver population – it’s two stages rather than the one in retail.

FN: How does Mini slot into the BMW fleet strategy?
MB: It is a key strand of our business strategy. Mini as a hatch stands as a corporate proposition. Performance, CO2, BIK – it’s a sensible offer, not just a niche. It is considered as part of our group offering for corporate – from Mini up through BMW. We will also roll out in due course the three-cylinder technology from Mini to a broader range of cars.

FN: Is salary sacrifice an area BMW is targeting for fleet sales?
MB: Yes – our cars lend themselves to that scheme with their low BIK; there’s a natural fit. We see growth in that area, especially as leasing companies increase their specialism.

This year is set to be another busy one for BMW and Bristow. Five months in, fleet sales have risen more than 11%, at 30,402, accounting for half of BMW’s total sales. But it’s the second half of 2014 when things really get interesting.

New launches include the 4 Series Gran Coupé and a facelift of the popular 3 Series in July, the high-performance i8 electric vehicle in August, and the X6 soft-roader and the 1 Series GT (currently dubbed Concept Activity Tourer) by the end of the year.

They are added to the 2 Series coupé/convertible and X4 which have already gone on sale this year.

In addition, Mini, whose fleet sales are currently down 20% year-on-year at 5,331, will launch the new five-door hatch and a facelifted Countryman.

That’s seven new launches – including several into new model segments – and two facelifts within a 12-month period; plenty of highlights to keep BMW at the
forefront when it comes to fleet consideration and plenty to keep the company well in contention at next year’s Fleet News Awards.