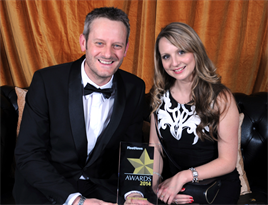 To enter the world of Red Bull is to enter a world of innovation – and the achingly hip.

From the moment you sign in at the London head office to be faced with a tick box asking whether you are feeling ‘on the level’, ‘ready for take-off’ or ‘flying high’, to the reception area of iPods, table football, chaise lounges and a ready-made stage for live bands, it’s clear there is something different about this organisation.

The fleet fits the same mould – it’s arguably the most recognisable in the country. Who couldn’t instantly identify the fully-liveried Minis each balancing an over-sized Red Bull drinks can on their roofs?

Red Bull dubs them its ‘Wings’ fleet, although the high-profile models account for just 42 of its 232 company cars. David Oliver has managed the operation for just over three years, joining the company when his former employer, building and repairs group Rok, went into administration.

The wash through from leasing to purchase will be completed in the UK by 2016.

Fleet News: Has the move from lease to purchase thrown up any particular challenges or benefits?
David Oliver: We began the move to outright purchase in 2012. It has given us closer relationships with manufacturers – we get a lot of attention because we are a high-profile fleet so we get support from manufacturers and the dealer group. The switch is happening slowly . We budget differently for the cost, but we work with Alphabet, which still manages the fleet in-life, to get information on contract hire rates which we take a view on for maintenance. We review our budgets quarterly so we can make changes quickly. We use software to set our residual values against the prevailing market rates.

FN: You have a very young driver profile, with many under the age of 30, including a large number of 19 to 20-year-old university students working part-time. For many it’s their first car: does this cause problems?
DO: The Wings vehicles need constant care and attention because they are highly identifiable and driven by young people that haven’t had their licences for long. We have set up new structures to manage them with FMG, giving the drivers more information on our intranet. New starters have an induction where we explain the basics of benefit-in-kind and the cars, give them the BVRLA fair wear and tear guide and show them ‘horror’ pictures about what’s not acceptable. We also give them facts and figures on costs – the cars, damage, maintenance – so they understand that they are part of something bigger. We encourage drivers to call us without feeling embarrassed about asking questions although they tend to use social media rather than the phone which sometimes results in six emails instead of one phone call.

FN: Do you offer driver training?
DO: All new Wings starters receive one-to-one training through AA Drivetech. We check all driver licences electronically. The Wings drivers are initially surprised by the attention they get while driving and can get caught out by it – it affects their ability to concentrate. The training helps.

All our business-use cars have FMG Ingenium Dynamics telematics installed. We trialled it in mid-2011 on 10 vehicles and rolled it out to 64 by mid-2013. It records driver behaviour, including harsh braking and accelerating and gives each driver a score for their journey. We also track utilisation of the vehicles and fuel usage because a team of people drives each car and use it for mileage records for HMRC purposes.

FN: How do you match drivers to cars when you might have three or four users of a vehicle?
DO: Drivers keep log-sheets which are managed by the regional team leaders and we can cross-reference them with Ingenium. We don’t have any issues.

All Wings drivers also have an iPad for reporting vehicle condition, anything from scratches and lights on dashboard to missing tax discs and leaking sun roofs, including images. They are updated in real-time, but each team also has to produce a monthly report.

FN: What other controls do you have in place?
DO: Last year we revamped our car policy and began asking new staff for a modest deposit. We refund it at the point they transfer out of the car if the damage is within fair wear and tear. It’s about getting them to think about the car’s condition while they have it.

We also have front and rear parking sensors, city centre braking systems and sat-navs fitted as standard on 50 new Volkswagen Golfs which is helping to reduce accidents.

We introduced the Golfs to replace Nissan Qashqais. Because they were cheaper for both us and the drivers to run, we could justify spending some money on extras, including DAB and iPod connectors, which are beneficial for drivers, as well as the safety equipment.

FN: Do you incentivise drivers to improve performance?
DO: We have a star car for the top Wings driver every month who receives a reward, such as iTunes vouchers.

FN: As a procurement expert, what advice do you have when managing the supply chain?
DO: Regular engagement: we meet Sytner four times a year to exchange our objectives and understand new model developments – it’s a collaborative approach. We have weekly reporting from FMG with proactive management. We set out clear objectives at the start and they were clear that they could deliver; then we tested that it worked and now it’s just a case of managing the relationship during the contract.

I have learned on the job and pulled in experts where necessary, for example Energy Saving Trust for its low carbon knowledge. I learn from suppliers and other fleets via publications like Fleet News, picking up new ideas. I am challenging of people but in a reasonable way; I task our suppliers to be innovative, pushing them to constantly improve. I am always interested in what they are doing because it builds knowledge so, for example, I am happy to get involved with early product testing. It’s about continuous improvement.

Procurement is often viewed as a dirty word in fleet. Oliver believes this is an outdated view and laments the industry’s “reluctant acceptance” of the increasing involvement of finance and procurement in fleet management.

However, he stresses that the relationship has to work from the driver up. “It’s not about shaving money off everywhere to the detriment of how the fleet is run,” he says. “As long as the person tasked with fleet under whatever title has an encompassing understanding of the breadth of fleet, it can work okay.”

It is certainly working for the Red Bull fleet. As Oliver points out: “All our initiatives help us to have a professional fleet that is representative of our brand and image.”