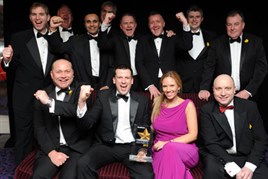 The environmental savings are greater still, equating to a 20% reduction in BT’s CO2 emissions.

The 25,000 tonnes of carbon dioxide saved is the equivalent of removing 1,900 taxis from the road.

“It’s a cleaner burn so there are less carbon deposits.”

The idea to carry out engine remapping came from Webb’s engineering team.

“We saw that the technology was being used in the premium sports industry and when we explored it further it was clear that it could be used for economic purposes, not just performance improvements,” he says.

BT Fleet decided to partner with Viezu Technologies to assess whether remapping was viable.

The two companies began trialling the technology at Millbrook Proving Ground in mid-2012.

The trials, which included throttle, revs, speed and power limiting, showed fuel consumption could be reduced by about 11-16%, depending on vehicle type.

The project gained board approval and the first vehicles were remapped in August 2012.

All 24,000 vans were successfully remapped during 2013, making BT the largest fleet globally to implement such a programme.

“We’ve had major fleets that don’t currently do business with us approaching us about engine remapping,” says Dave Bowen, managing director of BT Fleet.

“Most companies want to do a pilot first to establish the potential savings and to help make the business case before rolling it out.”

Seven BT Fleet customers are in the pilot phase with their cars and vans, and two have already decided to roll it out to all of their vehicles.

Fleet News: Do you have any plans to remap BT’s company cars?

Duncan Webb: We are continuing to look at it. Part of the reason we haven’t done it yet is a lot of the cars are perk rather than job-need so the benefit will be to the individual and not the company.

We know we can do engine remapping with cars, we just haven’t chosen to yet. We have got some external customers that are introducing it to their company cars, though.