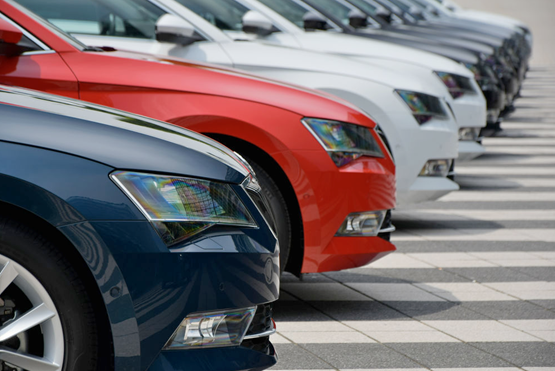 The pool car fleet, which has grown from an initial 100 vehicles across 23 locations to around 160, was introduced six years ago following the removal of lump sum payments for grey fleet users and a reduction in mileage reimbursement rates.

It cut the council’s staff travel bill by more than £250,000 in the two years immediately after its launch.

Central to the success of the pool fleet was having an accessible, easy-to-use booking system.

Initially, the council trialled booking pool cars by telephone or email, but quickly decided the best option was to provide access to pool car booking online.

“We looked at several commercially available options, but none were designed for running an in-house pool fleet,” said a spokesman for Dumfries and Galloway Council.

The system provides an availability search based on time, dates and location. From the list of pool vehicles available, drivers can then select a vehicle and make a booking.

They enter their details, including name and employee number, and the system then checks the date of their last licence check.

Once the booking is complete, the confirmation is automatically produced and can be either saved or printed.

The pool car web application also allows drivers to enter their employee number and view the details of any future bookings.

Staff can check availability and make bookings without having to contact the fleet team, and bookings can be made at any time. Vehicle keys are held by existing reception staff at a number of offices. They release keys to drivers and update Tranman to indicate keys have been picked up or returned.

Sussex Community NHS Foundation Trust has also used pool cars effectively. It relocates its leased pool car fleet of 16 low emission vehicles around its 65 sites to ensure the cars are not under-used.

“We have established that, for a five-day week, a Toyota Yaris Hybrid needs to do 35 miles a day to break even against reimbursing staff using their own cars on business use,” says Jim Thomas, head of logistics at Sussex Community NHS Trust.

“We manage those mileages and move those vehicles around the trust to make sure we are making the best use of them.”

Replacing a pool car fleet with a corporate car sharing scheme has cut administration by “about 90%” at The Royal Borough of Windsor and Maidenhead Council, which is also on track to save £100,000 in the first year of its operation.

The authority had been using nine Ford Fiesta 1.4 TDCi and two electric Nissan Leafs as pool vehicles, but in February these were replaced by 13 petrol Minis operated through Alphabet’s AlphaCity product.

“Although we had a pool car scheme, it became quite time consuming and cumbersome as most of the process was manual,” says Mark Green, fleet manager at The Royal Borough of Windsor and Maidenhead Council.

“We had manual logbooks in the vehicle and walkaround checks, and employees had to pick up keys from the town hall.

“Booking was done through our internal portal which meant staff had to deal with those bookings and make sure everything was OK.”

Green says under AlphaCity, council employees who are members of the scheme have cards which are used to access and start the cars, meaning keys do not have to be stored or signed out.

Staff book the cars through AlphaCity’s own platform, which can be accessed through the council’s intranet.

“We still pick up some issues related to the scheme such as people parking in the wrong bays or if people have problems making or cancelling a booking, so the admin hasn’t been completely taken away, but 90% of it has,” adds Green.

AlphaCity was initially introduced in one of the council’s five directorates and Green says this is on target to cut costs by £100,000 in its first year.

The car sharing scheme will eventually be rolled out across the entire council. “When it does go fully across the five directorates, the actual savings will be quite large,” he adds.

“We are already looking at maybe doubling the number of cars we’ve got. It’s had that much of an impact.”

Electric bicycles can be a viable option in urban areas where congestion and parking are problems.

“Staff doing 10 different meetings within Oxford in a day will use those because of the convenience of not having to park a car or wait for a bus,” says Jennifer Carr, sustainable energy officer at Oxford City Council.

“Pedal bikes would fulfil that but having an electric bike means you can get there quicker and you’re not exhausted when you get there.”

“We’ve got a couple of electric bikes and we are looking to take on some more,” says Jim Thomas, head of logistics at Sussex Community NHS Trust.

“They have proved very popular because it can be difficult to drive across Brighton and Hove and find a parking space.

“We are told quite regularly that the people using the bikes are seeing as many patients, if not more, than the employees using cars as a result of not getting stuck in traffic or struggling to park.

“The patients love it too when our staff turn up on a bike.”

They have replaced grey fleet vehicles as a cheaper and more environmentally-friendly option.

“Using a car club has helped us save tens of thousands of pounds,” says Alan Asbury, sustainability and energy manager at Aylesbury Vale District Council.

The car club was created under a new travel policy which focused on the council’s duty of care to employees after analysis showed the authority had a grey fleet of 170 cars that were, on average, 7.2 years old and used on around 8,000 journeys annually.

“We checked licences, insurance and MOT certificates once a year, but we had concerns about control, cost and emissions,” says Asbury.

Enterprise analysed the council’s usage data and was able to segment its employees’ business trips by cost-efficiency. It was then able to highlight where hourly rental and daily rental would be most effective.

For example, by restricting daily rental to those with journeys of more than 75 miles or eight hours, it has ensured its car club vehicles are used more regularly.

Asbury explained: “Our new travel policy was based on an in-depth understanding of how our drivers behaved and their needs in terms of mobility.”

“ helped us analyse where, how often, and why staff were travelling, which was vital if we then wanted them to do it more efficiently.”

Asbury says the travel policy, including the car club, has been highly successful.

“We’ve now been invited to speak with other public and private sector organisations to show them what we did and how we did it,” he adds.