In the spotlight: FleetCor 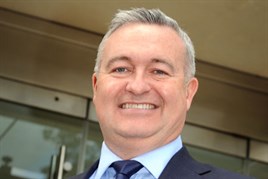 The name FleetCor may be unfamiliar to many fleets, but its main trading brand will be known to all: Allstar.

The mere mention in fleet circles elicits a response of some kind – acknowledgement of the market leader, perhaps, or frustration over the seemingly endless wait for chip and pin, a project which began more than three years ago when Allstar was owned by Arval.

Over the past 10 months, that range of reactions amalgamated. It became one of anger.

The announcement by FleetCor that it was to start charging an administration fee for every transaction on its Allstar fuel card drew immediate condemnation by fleet operators.

Much of the fiercest criticism centred on the way the charges were ‘announced’: hidden on invoices rather than transparently declared by the company ahead of their introduction.

Some fleets calculated the cost to their business would run into tens of thousands of pounds.

Then they were hit with a double-whammy as FleetCor began transferring its entire Allstar customer base across to its own IT system.

It was the correct decision to move away from Arval’s ageing legacy software to a modern, flexible solution, but the company underestimated the scale of the task: 33,000 customers with 1.2 million fuel cards.

The transfer was never going to be without hitches but, despite extensive testing by FleetCor, the final migration encountered major problems with the legacy coding.

Compounding the issue was an under-resourced call centre, resulting in fleets unable to get through to operators.

The subsequent news story reported on the Fleet News website became the most commented on in its 17-year history – more than 120 views were expressed.

He adds: “My view is that once we realised we had issues, we moved as quickly as we could to get the phones answered and to fix bugs in the system.

"We invested more than £1 million in additional resources but it still takes time.

“By the end of February we got everything back to where it should be regarding the call centre and software.”