In the spotlight: Mitsubishi pins hopes on a new, greener strategy 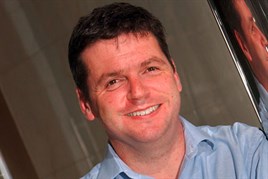 Mitsubishi’s success in the fleet market in recent years has been delivered through sales of rather specialised niche vehicles.

The L200 pick-up truck has long dominated that market sector, the Shogun and Evo ranges have had a presence on police fleets (and the Shogun on some utility fleets) and, during the past 18 months, the i-Miev has gained visibility as the first electric vehicle on sale in the UK.

Ask yourself what else Mitsubishi sells in the UK and you might begin to struggle, despite it competing in a number of high-volume sectors.

The ASX goes up against the Fleet News Award-winning Nissan Qashqai, the Lancer lower-medium car is available in a hatchback body style and with a decent diesel engine, and the petrol-only Colt supermini operates in a sector where you don’t really need diesel to succeed.

By the time the i-Miev arrived in the UK at the end of 2010, Mitsubishi was committed to the development of ‘greener’ models in future which was inevitably followed by speculation that the current high performance Evo X might be the last of its kind.

Now Mitsubishi is able to talk about a brace of new products that are putting into practice what it began preaching a couple of years ago.

Mitsubishi’s managing director, Lance Bradley, said the writing had been on the wall for the manufacturer much earlier.

He told Fleet News: “We knew five years ago that the image that our products had of big 4x4s and performance cars wasn’t sustainable with what the market was looking for in terms of environmental credentials.

“With our ‘Intelligent Motion’ environmental strategy (see panel) we know we had products coming and the intention was to show people that they can choose a 4x4 and be environmentally friendly.”

The first fruits of ‘Intelligent Motion’ will be a greener version of the new Outlander that was unveiled in March.

While standard versions will go on sale in the UK by the end of the year, Mitsubishi is exploiting its expertise in electric vehicles to develop a plug-in hybrid Outlander which will be unveiled in September at the Paris Motor Show.

It is a full seven-seater (comparable in size to the Hyundai Santa Fe) rather than continuing with the five-plus-two seating arrangement of the previous Outlander, but CO2 emissions from the diesel version are expected to drop below 130g/km.

The lowest CO2 emissions of the current version of the Outlander are 162g/km for the front-wheel drive 2.2 DI-D.