In the spotlight: Nissan 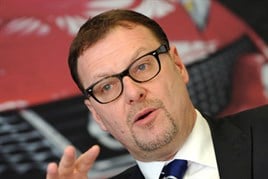 Nissan took a brave decision six years ago when it decided to withdraw from two major fleet car sectors to focus on niche models.

Out went the Primera D-sector family car and Almera C-sector car and in came the Qashqai crossover and, later, the Juke.

This change of mindset also resulted in a new set of priorities for the manufacturer.

The Qashqai became an unexpected success in Motability, where it sells a majority proportion of its 28,000 annual fleet units. Juke, meanwhile, found its place in the retail sector.

While it remained committed to fleet in the van market, Nissan’s car focus switched to its new strongholds.

Jim Wright, Nissan GB managing director, now admits that was at best an oversight; at worst an error of judgement.

“In some segments we are very strong and we have tended to emphasise that strength. But in other areas, such as core fleet, we have been weaker,” Wright says.

“Our fleet presence and visibility has not followed our success in retail. We need to go back to basics.”

Motability and short-term rental have been two major fleet car drivers, but the company is now committed to increasing sales to end user fleets and leasing companies.

“Last year we started a two-stage plan. 2012 growth was about Motability and the short-cycle market, including bodyshop and rental,” Pollock says.

“This year we will do slightly less Motability and short-cycle will come back a bit.

He adds: “Rental accounts for 21% of all fleet sales but only 16% of our sales; this year that share will fall to around 10% but it will be a similar volume to last year.

“We will ensure that the mix doesn’t exceed the market average.”

Key targets for growth include dealer fleet, primarily to the SME sector, core fleet and leasing.

Nissan has increased the dealer fleet network from 54 to 72, within its total network of 195, giving the company greater expertise across a wider section of the country.