In the spotlight: Suzuki 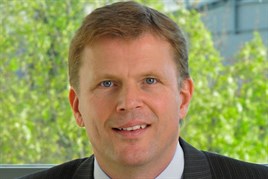 Suzuki conjures up images of small car and niche 4x4s.

The company has defiantly avoided the fleet sector, putting all its energy into targeting retail buyers.

However, this is set to change with the launch of a diesel C-segment car.

This new crossover will join the range in October and is described by Suzuki as a fleet “trigger” car.

The trigger is the user-chooser segment, which will be attracted by the car’s looks, competitive pricing and low CO2 emissions.

The as-yet unnamed car will be based on the S-Cross unveiled at the Paris Motor Show in September and will be positioned as a rival to the Nissan Qashqai, Ford Kuga and Mitsubishi ASX.

Suzuki may be small in the UK with just under 25,000 cars sold last year (putting it in 22nd place), but it is a significant global company.

It is the second biggest engine manufacturer in the world thanks to its motorcycles, outboard motors and power equipment, holds approximately a 50% market share in India and sold 1.1 million units in its Japan homeland last year.

Historically retail focused, Suzuki has been emerging in the UK fleet market after redeveloping its proposition in 2010.

Currently, its biggest fleet seller is the Swift supermini which accounts for 40% of corporate sales. Alto, Splash and SX4 each add 15% with niche vehicles Jimny, Grand Vitara and Kizashi making up the balance.

Suzuki’s most obvious outwards statement of intent in fleet came with the appointment of Andrew Wale as national corporate sales and remarketing manager 16 months ago.

One of his initial objectives was to more effectively communicate Suzuki’s improving residual values – highlighted, in particular, by the the Swift Sport which has been achieving £1,000 more than the CAP Clean price.

Wale admits the relationship with the pricing guides needs to improve to reflect these improvements. “In order to compete, they need to be more reflective of what we are achieving,” he says.

Managing residual values and the total cost of ownership have been important areas of focus for Suzuki.

Labour time and service intervals are currently under review and it is likely that they will extend from the current 9,000 miles to help make SMR costs more competitive.