Rental reduction strategy dealt a 'bloody nose, not a broken one' 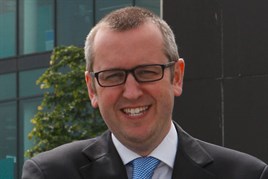 Six years ago Peugeot embarked on a strategy of rental reduction, cutting its exposure to the short-term hire market in a move intended to boost residual values and protect profits.

At that point, around 60% of its total car sales (retail and fleet) were on buy-back deals of less than 12 months: rental, bodyshops, company employees and the like had rich pickings.

Then, in 2008, the sterling-euro exchange rate collapsed, forcing Peugeot to take urgent and drastic action.

The strategy had to change and it did – the company has since reduced registrations to short-term rental firms by 60%.

So far, so good. However, this year it has hit a hurdle.

At the start of 2012, fleet and used vehicle operations director Phil Robson told Fleet News: “Our sales will rise even though we will follow our 50% cut in daily rental business last year with another 10% reduction this year.”

But it has not quite turned out that way.

Robson doesn’t hide from this.

He describes his 2012 fleet mantra as receiving a “bloody nose not a broken one” and talks about “hand-to-hand fighting” in both the fleet and retail sectors which has resulted in an entirely false market position of a near 5% year-on-year increase in total registrations.

“We have front-loaded our rental this year – we will end up just 14% higher than last year,” Robson says.

“It wasn’t planned, but the last thing we want to do is to sell cheap or delivery mileage cars in the last week of each quarter. This approach will have less impact than pack cars on our business.”

He adds: “The 2013 plan is to reduce rental again – we’ve written a 23% reduction into our plans which brings the total lower than our original plan this year. But we will change this if necessary.”

The impact of the rise is lessoned by the fact that Peugeot has also seen its true fleet sales increase (slightly), while it has taken out just over 1,000 cars from Motability.

Despite the rise this year, sales to short-term rental companies remain 60% lower than they were in 2006; they now account for 40% of Peugeot’s fleet registrations.