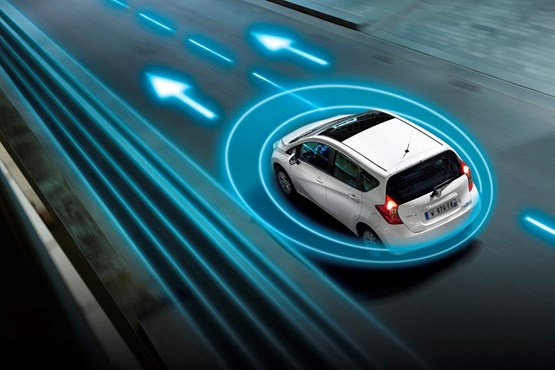 For many years, vehicle safety technology has focused on minimising injuries to a car’s occupants in the event of a collision.

Crumple zones, airbags and seatbelt pre-tensioners have been introduced by manufacturers to deliver improved protection.

However, as technology has developed, the focus is switching to preventing collisions from happening in the first place.

Among the systems becoming more widespread is autonomous emergency braking (AEB), which automatically stops a vehicle if an obstruction is detected.

Research by Euro NCAP and ANCAP, the independent safety bodies for Europe and Australasia, found that low-speed AEB technology led to a 38% reduction in real-world rear-end crashes.

“Low-speed AEB is potentially an important active safety technology and widespread fitment through the vehicle fleet should be encouraged in the interest of improved vehicle safety,” says Anders Lie, group chairman of the Swedish Transport Administration.

Volvo’s Vision 2020 objective is that no one will be seriously injured or killed in a new Volvo by 2020, and AEB is used by the manufacturer as part of its focus on collision avoidance. The system is standard on its new XC90, which was awarded five stars in its recent Euro NCAP test.

Manufacturers often include AEB in safety packs, which include a range of technologies.

Nissan, for example, makes the technology more accessible to fleets by bundling it together in a Safety Shield pack that is available on Qashqai, Note, Pulsar, Juke and X-Trail models.

“These features are designed to enhance the safety of occupants in line with Nissan’s ongoing vision towards zero accidents, a sentiment underlined by the company’s commitment to produce commercially-viable autonomous vehicles by 2020,” says a Nissan spokesman.

It is the first car available with the manufacturer’s Intellilux LED lights, which consist of 16 LED segments (eight on each side of the vehicle).

The matrix system automatically and constantly adapts the length and distribution of the light beam to different traffic situations. It works in conjunction with the front camera system which detects the presence of other vehicles and then switches off the individual LED segments, preventing other road users from being dazzled.

The rest of the road and its surroundings remain brightly illuminated.

A study conducted by the Technical University of Darmstadt and the European LightSightSafety Initiative demonstrated that, at driving speeds of 50mph, drivers detect objects at the side of the road around 30 to 40 metres sooner than with conventional Halogen or xenon dipped-beam lighting.

This gives drivers around 1.5 seconds more time to react to a situation, for example when an animal walks into the vehicle’s path.

“We can imagine there are some businesses, keen to look after their drivers, who will consider the matrix lighting,” says Paul Adler, fleet marketing and motability manager for Vauxhall.

The development of other vehicle technologies can pose new safety challenges for manufacturers.

Electric vehicles (EVs), for example, are becoming increasingly popular, but their lack of engine noise may mean that pedestrians are not alerted to their approach.

To help tackle this, Nissan took a leading role in the European Commission-led eVader project to create an audible pedestrian alert system.

“Pedestrian safety is of the utmost importance to Nissan, which is why we already have a pedestrian alert installed in our EVs as a preventative measure,” says David Quinn, eVader project leader for Nissan.

The final version in the development of the eVader system features a camera built into the windscreen, which is programmed to recognise pedestrians, cyclists and other road users.

On detection of a road user, six loudspeakers directionally beam sound at the target to alert them of the presence of the EV.

The results collated from this project have formed reference material for future research into this area, and is likely to be used to shape future EU legislation on EV pedestrian alert sounds.

Jaguar Land Rover is developing a range of projects to reduce the number of accidents caused by drivers who are stressed, distracted and not concentrating on the road ahead.