Manufacturers are developing ever-more sophisticated systems to cut the number of collisions. Simon Harris looks at some of the latest technology 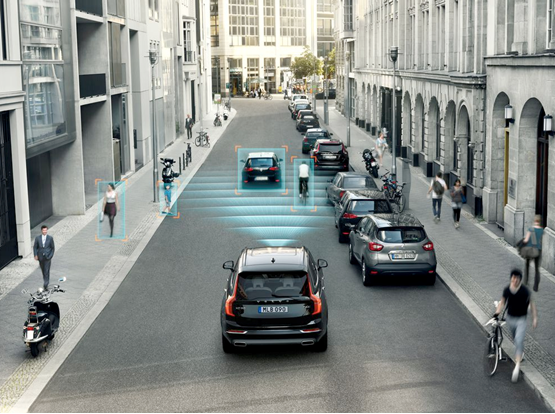 The speed at which car technology has advanced on the road to autonomous vehicles is astonishing.

As we outline some of the safety features available now on an increasing number of vehicles, it’s worth remembering that, if this were written just 10 years ago – less than two typical car generations – more than half of them wouldn’t exist.

With much of the technology available only as an option or included in a more expensive safety or assistance pack, there could be a cost associated with the feature that grabs your interest.

But it is worth pointing out that choosing a higher specification car because it has a particular safety feature as standard could see insurance costs cut.

Already, fleets choosing autonomous emergency braking have seen a reduction in car park prangs and low-speed bumps that come within insurance policy excesses or defleet recharges, and have a direct impact on the bottom line.

Other technology could help high-mileage drivers avoid fatigue but the value is perhaps more difficult to quantify. And some are building blocks on the road to fully autonomous cars that drivers will ultimately become familiar with as the systems permeate down from premium models to mainstream versions.

There are some features we now take for granted, so the list focuses on those items that are beginning to appear more frequently.

But it also begs the question that if we were writing this in 2026, could we even imagine what technology we would then be discussing?

What is it? Cameras placed around the car provide a comprehensive view of surroundings, shown on the dashboard screen.

How does it work? Rear-mounted cameras with the view displayed on the dashboard screen have been available for 15 years or more, but as cameras have become smaller with better picture quality, as well as less expensive, it has become possible to display the view all around the car when parking, or left and right ahead of the car when approaching junctions. It’s usually possible to switch between different views using the car’s touchscreen.

What is it available on? Many mainstream cars now offer this function as well as most premium cars, with the popular Nissan Qashqai perhaps making it most accessible as standard on a special edition.

What does it cost? A rear-view-only camera typically costs around £250 as an option, but full surround monitoring can be less than £400, even on some premium cars.

What is it? Applies hard braking in an emergency without intervention from the driver. While the technology has the generic AEB tag, manufacturers will often give it another name, such as Volvo’s City Safety.

How does it work? Laser and radar sensors continuously monitor the road ahead, and pick up any obstacles, which can include cyclists and pedestrians. If the system deems that a crash is imminent, it will give the driver an audible and visual warning, and if the driver doesn’t intervene, it will apply a significant braking force to try to avoid it. Euro NCAP research has found that the technology leads to a 38% reduction in rear-end crashes.

What is it available on? The technology is increasingly available, and is now offered by most manufacturers, often as standard equipment, as a result of Euro NCAP tests favouring cars with it fitted. The most sophisticated version can also help prevent collisions with crossing traffic at junctions.

What does it cost? Often standard, but when optional, usually between £250 and £400. Cars with it as standard usually have lower insurance groups than equivalent variants without it.

What is it? The driver is alerted if the car appears to unintentionally drift out of its lane, to prevent the vehicle veering into the path of other traffic.

How does it work? Lane markings are monitored and if the car moves close to the line without the driver indicating, a visible alert in the instrument display, sometimes combined with an audible alert or a vibration through the steering wheel is triggered.

What does it cost? Varies from £500-£700 as a standalone option or as part of a more expensive driver assistance pack, but is standard on some high-specification mainstream cars.

What is it? A semi-autonomous mode that allows the car to keep pace with frequent-stopping, slow-moving traffic, maintaining a safe distance to the vehicle in front and remaining within the lane without driver intervention.

How does it work? Usually a combination of autonomous braking and lane-keeping assistance systems monitor the road ahead and the edges of the lane to ensure the car deals with stop-start traffic autonomously. The most sophisticated versions of the technology recognise if the vehicle in front is turning off at a junction and won’t follow it, instead catching up to the next vehicle in front.

What is it available on? Most premium cars offer a version of it, even on compact- and medium-sized vehicles. Less common among mainstream brand cars for now.

What does it cost? Usually features as part of a driver assistance pack with prices around £1,000.

What is it? Detects vehicles approaching from the rear in the driver’s blind spot, alerting the driver should he or she be planning a lane change.

How does it work? When introduced by Volvo, it relied on cameras mounted under the door mirrors, which could often be fouled by grime. Now, it’s more common to use radar sensors that continuously monitor behind the car and illuminate a warning light in or around the door mirror on the side where traffic is approaching. Should this have been missed and the driver indicates to warn of a lane change, an audible warning sounds.

What is it available on? Originally on Volvo and premium badge cars, it is now more widespread on mainstream medium models, either as an option or part of a safety pack, and sometimes as standard on higher equipment grades.

What does it cost? Around £500-£600 but often in a pack that includes other features. For example, in a Ford Focus it’s £525, but includes power folding mirrors and one-touch electric windows front and rear.

What is it? Prevents the car from drifting unintentionally out of its lane.

How does it work? Linked to the same technology that monitors the edges of the lane, the car can make subtle steering inputs to prevent it from leaving the lane unintentionally. The steering correction can be overridden by the driver, and the system relinquishes control if it thinks the driver isn’t holding the steering wheel. Most systems are based on electric power steering systems, where it’s possible for the car to correct the steering using the power steering motor. Where it’s available on cars with hydraulic power steering, it makes the corrections to the car’s trajectory with subtle application of the brake on the corresponding front wheel to bring the vehicle back into line.

What is it available on? Offered as an option or part of an optional safety pack on most premium cars. Available on many mainstream cars, usually as an option, or sometimes standard.

What does it cost? Can be around £500-£1,000 as an option, or part of a more expensive safety pack, although it is fitted as standard to some high-specification mainstream cars.

What is it? Enables the selection of main beam at night full time without dazzling other road users.

How does it work? There are a few versions of this feature with varying levels of sophistication. The simplest one uses a forward-facing camera to detect lights of other vehicles or cyclists in the road ahead, then switches to dipped headlamp until the view is clear again. It is possible to offer a more complex version, especially with LED headlamps, where the main beam is masked from traffic ahead only in their location, with the dipped area moving with the other road user. It means most of what the driver sees is still lit with the  high beam.

What is it available on? Some form of automatic high beam is available on most cars that feature automatic headlamps, usually as an option. The more complex versions are typically offered on premium-badge cars and often as part of a lighting pack upgrade.

What is it? At low speeds or when stopped in traffic, it can warn a fast approaching vehicle behind to slow down or stop.

How does it work? Sensors at the rear monitor for approaching vehicles, and if their speed is too high and risks a rear-end collision, it will flash the hazard warning lights quickly to attract the attention of the driver in the vehicle behind and warn them to slow or stop. If sensors predict a collision is imminent, the seat belt pretensioners are activated and the brakes are also applied, to help reduce the risk of whiplash injury and reduce the distance travelled after being hit.

What is it available on? Available on some premium cars, such as the Mercedes-Benz E-Class, usually as part of a wider safety pack.

How much does it cost? On the new E-Class, part of the Driver Assistance Plus package, priced at £1,695.

What is it? When reversing out of a car park space, the driver is alerted to approaching vehicles and the car is prevented from moving.

How does it work? Activated when reverse gear is selected, sensors monitor the areas to the left and right of the rear end of the car and alert the driver if an approaching vehicle is detected. It might also be able to detect smaller objects such as cyclists or pedestrians.

What is it available on? Many mainstream cars now offer this function as an option or part of a driver assistance or safety pack. The technology is linked to the blind spot information system, so will be linked to that feature.

What does it cost? Around £500 when part of the blind spot warning system.

What is it? Monitors the road ahead on a single carriageway and prevents the car from veering into the path of an oncoming vehicle or other road users.

How does it work? Forward sensors linked to autonomous braking technology can prompt the car to alter its line smoothly to avoid a pedestrian suddenly stepping into the road, and return to the original line afterwards.

What is it available on? Mercedes-Benz offers it on some models, and it is likely to become more widespread.

What does it cost? Usually part of a more expensive safety pack. For example, included in the Driving Assistance Plus Package on the new E-Class for £1,695.

What is it? Monitors road signs and subtly adjusts the cruise control if set higher than the speed limit.

What is it available on? A number of mainstream cars now offer this technology. It made its debut with Ford on the latest S-Max.

What does it cost? Usually included as part of adaptive cruise control, but this can be standard on certain high-specification cars.

What does it cost? Included in the Advanced Parking Package on the BMW 7 Series for £1,100, or part of the Autopilot Convenience Pack with Tesla for £2,200.