Mobility: The shifting landscape of transport

Paul Zanelli, chief technology officer at the Transport Systems Catapult, identifies key innovation trends set to shake up the fleet industry in the next decade 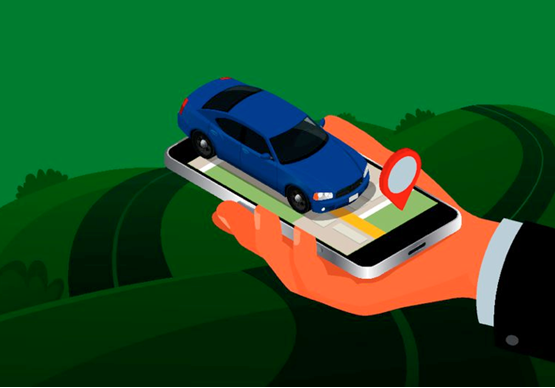 Three years ago the Transport Systems Catapult (TSC) was tasked with enabling the UK to remain at the cutting edge of transport innovation. We now find ourselves at the gateway of a revolution in transport technology, the like of which has not been seen since the invention of the combustion engine.

In those three years, we have seen the rise of ride hailing apps, causing traditional transport providers to rethink their business models. Meanwhile the race to develop autonomous vehicles has gone global – with international technology giants, established vehicle manufacturers and audacious new players racing to be the first to put working models on the road.

In 2017 we shall see the 10th anniversary of the smartphone, a device which has literally changed the way people live their lives. This tidal shift is now engulfing the transport arena. Some 72% of the UK travelling public now own smartphones and 54% already consider them to be an essential part of their journey.

These changes are bringing uncertainty and disruption into the transport and automotive industries. However, the digital revolution also brings with it a massive opportunity for positive change. We call this area Intelligent Mobility (IM) – the use of technology to create an integrated, efficient and sustainable transport system – and there are two key developments of which fleet managers should be aware over the next decade.

Autonomous vehicles will be the first major watch area for the fleet industry. This technology is developing quickly (we should see the first fully driverless vehicles being tested in the UK later this year) and is set to sky rocket between now and 2025 – with vehicles becoming readily available after this time.

Fleet managers will be more familiar than most with some of the technologies involved – telematics, driver safety systems, GPS and vehicle connectivity form many of the building blocks. However, completely autonomous vehicles will be truly revolutionary when they emerge. To put it in perspective, much of the built environment around us has been designed around ownership of the traditional car.
Cities could quite literally be transformed by this technology – potentially removing car parks and changing how roads are designed.

Behind the scenes there are also huge implications to be considered. Autonomous vehicles are unlikely to fit in with the traditional ownership mode, but will be operated as fleets, particularly in urban areas. At present cars are on average inactive for 95% of their life and operate at 20% of their capacity – driverless vehicles will not need to be restricted in this way. Autonomous vehicles will have the potential to be “always on”, completing journeys for different users 24 hours a day.

The TSC’s spin-out company, Immense Simulations, is already working on a commercial system which will allow the centralised management of fleets of autonomous vehicles over large geographical areas. The potential to map journeys around congestion, air quality and immediate events, as well as the ability to introduce new vehicle behaviours such as platooning (vehicles travelling close together to save fuel) could maximise the use of capacity and reduce environmental impact. Furthermore, those who drive for business purposes could well find hours of productivity time is released by the technology.

Fleet suppliers have a huge opportunity here if they engage quickly in the development of autonomous vehicles. More traditional fleet companies could offer access to a network of “always on” autonomous vehicles for businesses who do not necessarily need 24-hour access to cars – or to businesses in cities, where the difficulty of keeping vehicles has traditionally been a barrier.

Mobility as a Service

While new technologies will eventually have a huge impact, it will likely be a change to the way we use transport that will have a more immediate effect.

In the past three years we have seen the rise of ride hailing apps and car sharing schemes, as well a huge growth in smartphone apps for transport. Meanwhile, the way people expect to receive and interact with goods and services has been transformed by smart technology.

From this situation we see the emergence of “Mobility as a Service” (MaaS), involving a move away from personal ownership towards the provision of mobility contracts. These contracts will allow you to travel seamlessly between transport modes based on your unique circumstances.

In this scenario you would simply use a digital interface to select a destination and desired time of arrival. The application would do the rest, booking train tickets, taxis, driverless vehicles and even e-bikes before presenting you with a step by step itinerary.

To achieve this, we will need to break down many of the barriers between transport modes. We are already seeing a willingness to do this as operators begin to see increased demand for smart ticketing solutions and transport apps for smart phones.

One of the more interesting developments in this space is the blurring between traditional notions of “public transport” and automotive. In a mobility service plan you may be given access to a car for your journey if the situation requires it, meaning car ownership will no longer be necessary for
large segments of the population. Car sharing schemes are already demonstrating how this will work and the concept will be appealing to urban travellers who often find ownership of vehicles impractical.

There are clearly opportunities in this space for fleet management companies who are already providing vehicles as a service to clients. Managing fleets of vehicles for service providers who wish to add the use of cars into their offering is one example of a potential growth area. Meanwhile, many companies may also find that their expertise in providing cars for business use – and in managing these fleets – puts them in a unique position to become a MaaS provider themselves.

Adding alternative methods of travel into the traditional fleet offering and helping to manage customers’ travel itineraries could lay the foundation for a new area of business growth as the technology behind MaaS matures. There will be intense competition in this area, so moving quickly and exploring options now will be a must for anyone who does not wish to miss the boat when it comes.

If you would like to find out more about the work of Immense Simulations on the management of autonomous vehicles visit www.imsim.co.uk. The TSC has also recently published a report entitled Exploring the Opportunities for MaaS in the UK. To find out more visit ts.catapult.org.uk