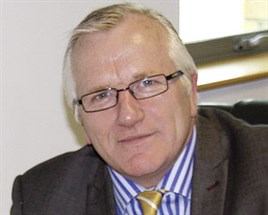 Fleet News What is your biggest achievement in your current role?
Colin Wilson The realisation that Northgate is more than just a rental company is my greatest achievement. It has seen us expand beyond belief. This includes the launch of our retail hire arm, which has proved to be very successful.

FN Who has had the biggest influence on your career?
CW The feedback we receive from our customers always informs my decisions. So, in a nutshell, every customer I’ve ever met.

FN What has been the pivotal moment in your life?
CW Witnessing my children being born put everything into perspective for me. It grounds you and makes you cherish the important things in life.

FN What is your dream holiday?
CW There’s so much to see and do out there so I’d have to say taking a couple of years out and touring the world to see as much as possible.

FN Who was the last person you received a text message from?
CW My daughter asking what time I’ll be home from work – my wife’s given up asking.

FN What is your favourite film?
CW I love any of the James Bond films – it’s the (second) best job in the world.

FN When was the last time you used any form of public transport?
CW I took the train to a meeting around three weeks ago.

FN What is the first thing you would do if you were made Prime Minister for the day?
CW Resign. What a terrible job.

FN If you won the Lottery, what would be the first thing you would buy?
CW A plane ticket to somewhere hot with no mobile phone signal.

FN What was your biggest mistake in business and what did you learn from it?
CW In the past, I have waited for other people to make decisions. So, now I have a motto: “Better to make the wrong decision than not make one at all.” Sometimes you have to drive things ahead to avoid standing still, which is never good in this industry.

FN You are going to a desert island – what three things do you take with you?
CW My family would definitely come first on the list, then my fishing rod and, finally, the ultimate essential, suntan lotion.

FN What is your guilty pleasure?
CW My wife would say my fly fishing rods, and I would have to agree. I have got far too many for one person.

FN Your favourite dish at a restaurant?
CW Steak, chips and fried egg.

FN What is your favourite book?
CW Origin of Species. It’s the only book that’s ever made sense to me. Other than a vehicle manual, that is.

FN What is your best childhood memory?
CW Most definitely the navy days and going on a submarine for the first time.

FN How would you describe your leadership style?
CW I’m a direct leader that gets to the point and I also believe it is very important to support and encourage employees.

FN When did you last feel guilty about the environment?
CW I feel a surge of guilt every time I put a piece of rubbish in the bin. There must be a better way than sticking it all in a landfill site and hoping for the best.

FN Who was your childhood hero?
CW I have always had a huge amount of admiration for my father. I think that a father figure should be every little boy’s hero.

FN What advice would you give your 18-year-old self?
CW I’d say: “Don’t ever hold back and always follow your instincts. It is so important to know your own mind and not be afraid to do what your gut tells you will work and be effective.”

FN What is the one object you couldn’t live without?
CW My alarm clock. Without it I’d never get up.

FN If you could work in another profession what would it be?
CW Definitely the Secret Service.

FN What’s the best gift you’ve ever been given?
CW The best gift has been my children. Family is extremely important to me.

FN Which superhero from comics would you most like to be and why?
CW The Invisible Man. Think of the fun you could have.

FN What is your dream car?
CW Anything with a Jaguar badge on.