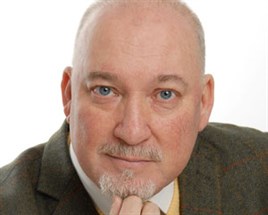 The creation of the largest telematics business in Europe through the integration of Masternaut and Cybit.

Who has had the biggest influence on your career?
Malcolm Butler. He was CIO at Lex Service Group and gave me my first general manager position when I was 26 years old.

What’s your dream holiday?
I want to do a tour of the Antarctic, flying from London to Cape Town, then by boat to the Antarctic, then up the east coast of South America to see it before it changes too much.

Who was the last person you received a text message from?
My wife of 26 years, Heather, to ask if I was home for dinner.

What is your favourite sitcom?
Blackadder. British comedy is just the best.  Clever, well written and never ages.

What is your favourite film?
Any one of the James Bond films. These entertain, have typically British style and professionalism, as well as creating technology to solve the challenges of the world.

You are on a desert island – what three things do you take with you?
A Kindle with solar charger crammed with books of all sorts, suncream – I have a delicate skin – and an iPod with lots of music on it.

What was your biggest mistake in business – and what did you learn from it?
A guy called Steve Dixon once told me that as a general manager people expect emotional consistency. As a young man I was often angry then happy. I learned that my team wanted me to present a calm, consistent approach to management. I have practised this ever since.

What is the first thing you would do if you were made Prime Minister for the day?
Introduce a better tax structure where you pay for what you use.

When was the last time you took public transport and where were you going?
I often use public transport: trains to our offices in Aberford near Leeds, trains to London, tubes and even buses. I am an Oyster card believer.

If you won the Lottery, what would be the first thing you would buy?
Houses for my kids. Getting on the housing ladder is so difficult for young people.

What is your best childhood memory?
My father worked for British Airways so we were often taken for exotic holidays. My earliest memory is being thrown into Valetta Dock in Malta – sink or swim!

What is your favourite dish at a restaurant?
Liver and bacon cooked Italian style.

What is your favourite book?
Montmorency by Eleanor Updale because of the Victorian spy theme. The audiobook read by Stephen Fry is fantastic.

What would you say is your guilty pleasure?
It would be beer and chocolate – but not at the same time.

How would you describe your leadership style?
Forthright, deliberately open and on the theme of “please don’t embarrass me”. Bad news does not get better with time and people learn by mistakes. If I don’t know about an issue, I cannot fix it. Hence, don’t embarrass me.

When did you last feel guilty about the environment?
I am a great fan of old motor cars. I can only drive one at a time, but they do guzzle petrol.

Who was your childhood hero?
Colin Chapman, the founder of Lotus. As a boy, I dreamt of the early-1960s Lotus Elite.

I have most of them but an Aston Martin DB5 would fit nicely into the collection.

What advice would you give your 18-year-old self?
Work as soon as you can; learning to enjoy and be satisfied by work is key. Independence provides confidence and motivation.

What is the one object you couldn’t live without?
My Apple Macbook Air. I love technology and the internet provides a window to the world I could not live without.

What’s the best gift you’ve ever been given?
Five sons.

What was the pivotal moment in your life?
I have two: meeting my wife, Heather, at age 18 – “leading every good man is a successful woman” – and buying my first company with two mates when I was aged 28 with the help of 3i and the Bank of Scotland because it set me up for the rest of my life.

If you could work in another profession what would it be?
I’d be a professor at a university teaching Business Studies.