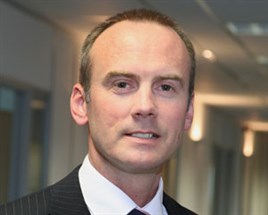 What has been your biggest achievement in your current role?
Returning the business to sustained profitability and re-energising new business sales through a focused growth strategy.

Who has had the biggest influence on your career?
My wife, who has never questioned the hours I have worked, the times I have been away from home for long periods, the jobs I have decided to do, and has patiently listened when I have come home stressed or in a bad mood.

What is your dream holiday?
The coast in Cornwall when the sun is shining, because the scenery is marvellous, the beaches are fine sand and not crowded, the sea is clean, mobile phone reception is awful, restaurants and pubs are great and there is no hassle in having to fly to get there. However, if it’s raining then I love Cyprus and Lanzarote.

Who was the last person you received a text message from?
My son – after some cash again.

What is your favourite sitcom?
I don’t really watch sitcoms.

What is your favourite film?
Zulu – I must have seen it 10 times.

You are going to a desert island – what three things would you take with you?
Photo of my family (including the dog, rabbits, chickens, and horses), a case of Châteaux Neuf du Pape 1995 and Fearless, a small teddy bear that my wife gave me a few weeks after we first started to go out together and that I always carry when we are apart.

When was the last time you used any form of public transport?
July 2012 –  a taxi in London to Euston station following a meeting with a customer.

If you won the Lottery, what would be the first thing you would buy?
A Harley Davidson to get the mid-life crisis out of my system.

What is the first thing you would do if you were made Prime Minister for the day?
Terminate the coalition.

What is your favourite book?
I don’t read a lot of books so I don’t really have a favourite.

What was your biggest mistake in business and what did you learn from it?
I kept a senior person who I had inherited for too long and he was not up to the job, which slowed down a number of projects. Surround yourself with the very best people you can find and don’t mix empathy with business.

What is your best childhood memory?
Learning to ride my bike – it gave me freedom and a sense of being able to do what seemed to be impossible at the time.

What is your favourite dish at a restaurant?
Salmon. I just love the taste and texture of it.

What would you say is your guilty pleasure?
Sticky toffee pudding.

How would you describe your leadership style?
Open, focused, inclusive.

When did you last feel guilty about the environment?
I wouldn’t say I feel guilty because I have always tried to adopt good environmental
practices as much as I can.

Who was your childhood hero and why?
Clint Eastwood – his characters always beat the bad guys.

Which historical character do you most identify with?
I wouldn’t go as far as to say that I am like him but I admire “Monty” Montgomery for his strategic skills and determined leadership. He believed that success came from thorough planning, training, practice, and clarity of instruction. He was intolerant of failure and detested negative attitude.

In retrospect, what advice would you give your 18-year-old self?
Slow down, listen to others, consider things, and follow your head and your heart.

What is the one object you think you could not live without?
A pen.

If you could work in another profession, what would it be?
A barrister.

What is the best gift you’ve ever been given?
A work bench.

What would be your dream car?
Has to be a convertible Roller.

What has been a pivotal moment in your life?
Being at the birth of my first daughter. Firstly, being part of the labour of childbirth puts a lot of things into perspective and, secondly, life is the only really important thing to worry about.

Which superhero from comics would you most like to be?
Judge Dredd – he gets the bad guys and he gets to ride a motorbike all day.