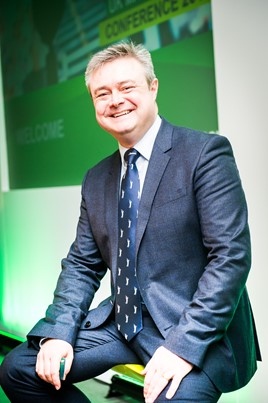 There has understandably been a lot of noise about the changes to BiK tax on pure electric vehicles.

However, this has drawn a lot of attention away from the 2% tax reduction for all new vehicles registered from April 2020 onwards.

When reviewing the ramifications of this change, fleet managers must also consider that April is the first month that all new vehicles will be measured using full WLTP standards, rather than the NEDC-correlated figures.

This change was initially expected to increase BiK tax for company car drivers by quite a significant amount. So, while the 2% reduction is positive news, it is perhaps mitigating against what could be seen to be an excessive tax increase rather than actually delivering a cost saving for fleets.

Given the potential BiK incentive, I’d expect to see a lot of people delaying changing their vehicles until after next April. However, there may be an additional motivation behind this for businesses who use diesel vehicles.

At present, diesel vehicles that aren’t compliant with RDE2 regulations incur an additional 4% tax surcharge due to the additional NOx emissions.

However, day-by-day manufacturers are releasing more and more vehicles that are compliant and therefore avoid this charge. So, waiting until April may mean having access to vehicles that do not incur this charge.

As a consequence, I expect there will be increased demand for temporary, flexible solutions such as mid-term rental, giving drivers access to the latest motoring technology rather than keeping hold of older vehicles that have reached the end of their cycle.

While the 0% BiK tax on pure electric vehicles may be the catalyst for many businesses to make the transition, a lot of firms simply aren’t ready to do so just yet.

However, if businesses have electric ambitions they will probably be wary about committing to long term leases on petrol or diesel vehicles.

Many lease contracts contain early-exit charges so if businesses sign up to a four, five year lease in April they’ll be locked into this even if their transport strategy evolves and they want to make the switch in one or two years’ time.

Businesses committing to electric vehicles must also be wary of potential tax increases in 2023.

While the Government has confirmed that BiK tax will increase incrementally by 1% each year up until that date, no certainty has been provided beyond then.

Yet another reason businesses will be hesitant about committing to longer-term deals in case tax rates change while they are mid-lease, creating a potential financial headache for the firm and its employees.

The other challenge for businesses right now is understanding just how effective electric could be for their operations.

One way for fleet managers to assess the viability of electric vehicles without any commitment is through hourly hire off the street from providers such as E-Car Club. This provides a ‘right time, right place’ cost-efficient and simple way for businesses to begin to introduce electric to their mobility options.