Fleet and the election: best of the rest 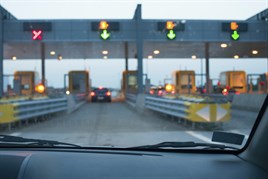 We asked three of the other political parties likely to win seats at the election to outline their views on some of the major transport issues. Andrew Ryan reports.

What is your view on local or national road pricing?

Green Party: We support the principle of road charging, as this can be used to reduce traffic in areas where it is most harmful. However, it would not be introduced where it would cause a significant increase in the use of other roads, especially those passing though built-up areas.

SNP: We are against road charging in Scotland. The SNP abolished the last remaining bridge tolls in Scotland in 2007.

UKIP: We will never introduce a road pricing system and will remove all road tolls wherever possible. This includes the Dartford Crossing where some 15% of people are now being fined for non-payment of the toll since the barriers were removed. This is a scandal as the tolls should have gone when the bridge was paid for; it took an act of parliament from the Labour government to ensure the tolls would remain.

What is your view on investing in road infrastructure and maintenance?

Green Party: There would be no new road building or widening schemes implemented except for essential access. A review of all proposed schemes would be eventually undertaken, with the assumption that these will then be all deemed unnecessary.

SNP: We recognise that infrastructure investment has an essential role in delivering sustainable economic growth by supporting jobs. Since the SNP came to power in 2007 there have been 23 major improvements to Scotland’s motorways and trunk roads completed. Maintaining the condition of Scotland’s strategic road network is vital to the economy and enables our most dynamic growth industries.

UKIP: Motorways, which are our safest roads, are being ‘upgraded’ to managed motorways with the hard shoulder being removed and variable speed limits introduced, along with speed camera enforcement every few hundred metres. UKIP will put an end to the roll-out of managed motorways.

Despite decades of population growth, we have hardly any new roads and effectively the same motorway capacity as we had in the early 1970s. The only new motorway to relieve congestion around Birmingham is the M6 Toll which is a privately-owned toll road costing £5.40 for a 27-mile journey.

The limited spending on road repairs and maintenance seems to go on traffic calming, traffic lights, managed motorways and reducing road space such as turning dual carriageways into single lanes with paint and build outs.

Almost nothing is spent on resurfacing our roads and keeping them in a good state of repair.

What is your position on fuel duty?

Green Party: The culture of company car provision and use will be challenged in all ways possible, including financial measures, to achieve a transfer of workplace travel to more sustainable modes.

Fuel tax is an important factor in encouraging users to be more mileage conscious and to opt for smaller, more fuel-efficient cars. We would increase tax incrementally until the revenue covers a high proportion of road traffic’s external costs, with adjustments for transport use and the nature of the fuel.

SNP: We have consistently called for the introduction of a fuel duty regulator, which is a simple, effective way to ensure prices remain stable and give confidence to those whose livelihoods depend on fuel costs. The SNP also wants action to be taken to ensure people in rural areas are not hit at the petrol pumps as, for many, a car is not a luxury but a necessity to get to work or access public services.

What is your view on re-introducing government road safety targets?

Green Party: Traditional road safety has concentrated on removing road designs that could be contributory factors in accidents. Regrettably, this has also resulted in roads that allow drivers to manoeuvre with less caution, allowing greater speeds. We will concentrate road design on reducing vehicle speeds. On major roads outside built-up areas, the maximum speed limit allowed would be 55mph.

SNP: We want to reduce the number of fatalities and injuries on all of Scotland’s roads. In June 2009 the SNP Scottish Government published Scotland’s Road Safety Framework to 2020, which sets out the first-ever challenging national road safety targets set by Scottish ministers.