Was this article useful?
Click the thumbs up >
MY usually cheerful tones have been somewhat muted of late as the day has finally arrived when our long-term Volkswagen Transporter is taken from us after a six- month stay.

To say I have enjoyed driving this vehicle would be a massive understatement. Of late, I have eschewed my normal mode of transport (a car) and have exclusively been using the VeeDub, which in my view far surpasses many cars in terms of power, driveability and usefulness.

The Transporter is a true wolf in sheep’s clothing – it may look like a run-of-the-mill model but under its bonnet lurks an outrageously powerful 174bhp turbodiesel engine that will push the van along at a surprising pace and apparently on up to 120mph. 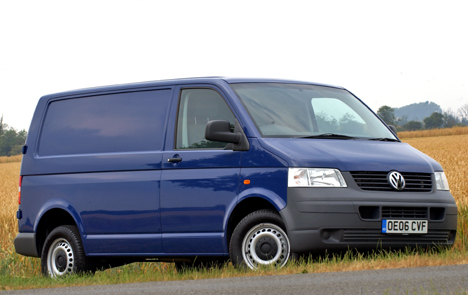 Obviously, we haven’t tested the top speed, but from the general demeanour of the Transporter we have no reason to doubt that this claim is true.

During its stay here, the van has delighted everyone who has driven it. Many are car drivers who openly scoff at vans, but all have handed the keys back to me with grudging respect, admiring the Transporter. They have all said it drives just like a big car and they are dead right.

This model also has many of the standard features of many cars. It comes with driver airbag, ABS brakes and ESP traction control as part of the package and our van also has a six-CD changer under the seat to augment the rather outdated radio/cassette player which comes as standard.

During its time here, the Transporter has been used for just about every imaginable purpose – house moving, motorcycle transportation and even as living quarters at a music festival. We’ve done the lot.

Needless to say, reliability has been impeccable and complaints have been almost non-existent.

Our only moan was the fact that the Transporter doesn’t have any side rubbing strips to protect it.

The result is that there are a couple of annoying little nicks in the dark blue paintwork where careless car drivers have banged their doors on its sides while alighting in city car parks.

Not many fleet drivers are going to be given this high-power model, it must be admitted, but it’s a telling example of just how comfortable, highly developed and car-like the Transporter can be.

I’ve driven lower-powered Transporters too and while they may not be as quick off the mark, they are all just as satisfying to drive.