Green transport: Is this the dashboard of the future?

Was this article useful?
Click the thumbs up >
HISTORICALLY, car dashboards have contained a speedometer, fuel gauge and temperature gauge.

Most now include a rev counter, and more modern vehicles will have a trip computer detailing fuel economy and miles left in the tank.

Broadcast information has got even more sophisticated. Communication systems have arrived and navigational aids have exploded in popularity. How much more data do we need? A professor believes new additions to the dashboard could change the way we drive and reduce carbon emissions into the atmosphere.

Steven Cousins, from the School of Industrial and Manufacturing Science at the University of Cranfield, submitted his idea to the Low Carbon Vehicle Partnership as part of its Low Carbon Road Transport Challenge.

Launched in 2005, the challenge threw down the gauntlet to academics, think tanks and anyone else who could construct an innovative policy proposal to promote low carbon vehicles and fuels.

Is this the dashboard of the future? 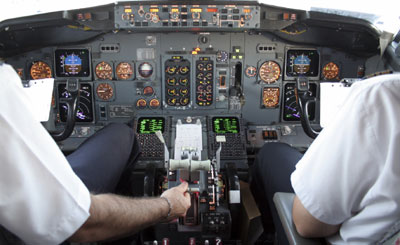 THREE relatively cheap and simple instruments could transform the way drivers view their environmental responsibilities, according to Steven Cousins.

If designers set their sights on creating devices to warn about carbon emissions and safety instead of dodging speed cameras, he believes reductions in CO2 could be made at a low cost compared to other schemes put forward.

The first instrument he recommends relates to enhanced speed information. Cruise control would encourage relaxed driving and discourage the habit of driving faster on a journey.

‘A related instrument is the overspeed warning device, which sounds an alarm when a preset speed is exceeded,’ Cousins says.

‘This is a very cheap instrument, retailing for £10. A related GPS-determined speed limit advice gadget is something that is now achievable for £100 per car or less and covers most UK roads.Overall, speed reduction offers the greatest opportunity to reduce CO2 emissions per vehicle because it affects fuel consumption and how much travel is undertaken in the time budget.’

Cousins says the fact that vehicles get more powerful as time passes makes the case for speed warning instrumentation because of the ease of exceeding the legal limit in current cars.

So, giving advice about speed is one way of slowing drivers down. But how about appealing to their watch and wallet with instruments for improving time and money perception?

This is something that Cousins believes can apply particularly to business vehicles. The value of time is the most obvious difference, where the elapsed driving times can be multiplied by the hourly employment cost of the individual,’ he says.

In a study at the Finnish post office, drivers were given incentives to achieve good fuel economy and adopt a safe driving style.

The result was a 15% reduction in fuel use and a 4% rise on productivity by smoother driving.

The drivers used an instrument that established the financial cost of the trip and included a built-in reward system that showed coins dropping into a piggy back.

The driver was able to claim a reward and the post office claimed it got its money back on the equipment after nine months in fuel cost reduction and fewer accidents.

The issue of driver risk could be addressed with instruments that combine speed, braking severity and acceleration rates to create a combined output, Cousins believes – a riskometer, if you like.

‘This could be displayed in the centre console area, where the passengers as well as the driver can see them,’ Cousins says.

‘Any of the car occupants can then respond to displayed changes in risk levels.’

Cousins believes instruments like these will improve drivers’ understanding of the costs and benefits of vehicle use, and have the potential to affect long-term behaviour.

He says the equipment will not be radically expensive, especially when made in large volumes.

‘The CO2 reduction gains lie somewhere in the 10% to 20% region but for a low capital expenditure, and will include driving style improvement, better trip choice decisions and more awareness of CO2 reduction issues,’ Cousins says.