Was this article useful?
Click the thumbs up >
FROM Audi to Volkswagen, we present a year of new launches.

THE Brera coupe loses its roof and becomes the Spider in February, sharing its 2.2 and 3.2-litre petrol engines. 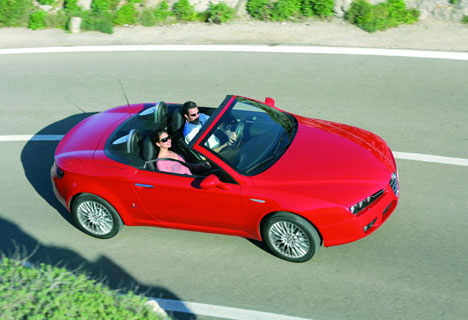 A YEAR of niche models, with the A5 coupe due in the summer, initially in high-spec S5, 3.2 FSI and 3.2 TDI quattro guises. Also new will be the R8 supercar in the summer and the TT Roadster in March. Expect to see an A3 convertible with a fabric roof at some point during 2007.

THE 320d will lower the entry level to the new 3-series Coupe range in April, at the same time as the revised X5 SUV goes on sale. The 3-series convertible with a folding hardtop arrives in March, while the V8-engined M3 should appear in the summer.

CADILLAC <> RIGHT-hand drive versions of the SRX SUV, STS saloon and Hummer H3 will all debut this year, and we’ve heard that an estate version of the Saab 9-3-based BLS is on the cards.

CHEVY’S first ever diesel – the Lacetti TCDi – arrives in February in either five-door hatch or estate guises. The 120bhp unit offers up to 50mpg. The Captiva SUV, sister car to the Vauxhall Antara, debuts in May with 120 and 150bhp diesel engines.

THE Sebring upper-medium saloon is due in June. A choice of petrol and Volkswagen-sourced diesel engines will be available.

THE C-Crosser SUV, sister car to the Peugeot 4007 and Mitsubishi Outlander, goes on sale late in the summer. A five-seat version of the C4 Picasso is due in the next few months featuring different styling to its seven-seater cousin.

A five-door Charade and the Meteria – a Nissan Note rival – are due in the middle of the year.

JULY sees the arrival of the Nitro, a chunky SUV powered by a 3.7-litre V6 petrol or 2.8-litre diesel engine. The Avenger upper-medium saloon is due in September and is the sister car to the Chrysler Sebring.

A BIG year for Fiat with the launch of the Bravo in the summer to replace the Stilo lower-medium sector models. The retro-styled 500 city car is due in December. The Grande Punto will also receive a new family of 1.4-litre T-Jet petrol engines offering either 120 or 150bhp. 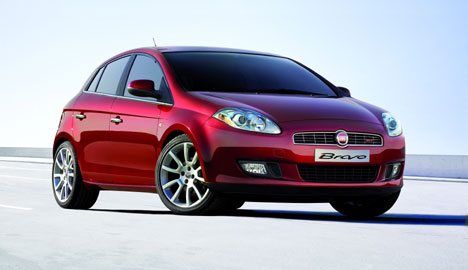 THE real star of the fleet year will be the new Mondeo which goes on sale in saloon, estate and hatchback bodystyles in June. At the same time, the facelifted C-MAX mini-MPV goes on sale. Also new will be an automatic gearbox for the S-MAX and Galaxy people carriers. 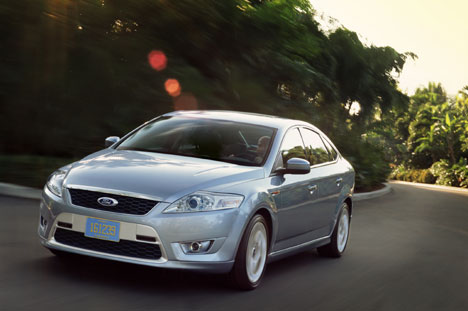 THE new CR-V and Civic Type S went on sale on January 1. The Civic Type R hot-hatch comes in March, followed a month later by the new FR-V mini-MPV.

NEW-look Coupe went on sale from January 1 with a choice of 2.0 and 2.7-litre petrol engines. A new lower-medium model, codename FD, arrives in the summer.

MARCH sees the debut of a facelifted Rodeo range of pick-ups. A new 2.5-litre diesel offers 140bhp – 35bhp more than before.

ALL three of Jaguar’s saloons receive attention this year. The autumn sees the arrival of the production XF – the S-type replacement, while in the late autumn the X-type will be refreshed. The Geneva show in March will also see the debut of the facelifted XJ range.

FOUR new Jeeps, starting in April with the two-door Wrangler and four-door Wrangler Unlimited. April will also see the more road-focused Compass, followed in July by the Patriot – a rival to the Land Rover Freelander2.

THE Cee’d five-door is on sale from February 1, while an estate version of the lower-medium sector challenger arrives in August. The range will be completed in December when a three-door version is launched. The facelifted Picanto will appear later in the year.

SPRING will see the 2008 model year Defender launched with a new engine and a revised interior, alongside a diesel Freelander2 with automatic transmission.

LEXUS will aim even more upmarket when the £90,000 LS600h hybrid goes on sale in the summer, offering petrol/electric power, and four-wheel drive.

ANOTHER entrant into the mid-size SUV market will be the CX-7, due to be launched in the middle of 2007.

AN all-new C-class arrives in June, although only in saloon guise. An estate and AMG versions will follow next year. Elsewhere, the CL coupe goes on sale in March.

THE entry-level MINI One with a 95bhp 1.4-litre petrol engine goes on sale next month, with a diesel version due to follow soon after.

TWO new SUVs arrive on March 1 – the Outlander and a revised Shogun. June will see the launch of the ‘i’ – a 660cc city car. The new Lancer range may appear in October, although it could be delayed until the Evolution X is ready next January.

THE Almera’s replacement, the Qashqai, is launched in February offering SUV styling and a choice of petrol and diesel engines. Four-wheel drive is an option.

THE big news is the launch of the new Laguna in the autumn. It will initially be available in hatchback and estate guises, with a third bodystyle to follow in 2008. Also arriving in the autumn is the funky new Twingo city car, this time in right-hand drive form.

SAAB <>P> A BIOPOWER 9-3 comes in the spring, as well as a thorough re-skin for the range in the latter half of the year.

DELIVERIES of the Altea XL began this month, while a 1.8 T FSI 160bhp engine will appear in the model later in the year. Sources also hint at a crossover XL with four-wheel drive in the mould of the Audi Allroad. The Leon Cupra arrives in March.

A BUSY March with the launch of the rugged Octavia Scout 4x4 and Roomster Scout, and the luxurious Octavia and Superb L&Ks. The new Fabia is due in May.

THE new fortwo goes on sale in the early autumn in coupe and cabriolet forms.

THE Auris goes on sale at the beginning of February in five-door form, with three-door and sporty T180 models at the end of the month. Later in the year will be a sporty Yaris SR with 135bhp.

THE Astra debuts a mild facelift in March, alongside the 192bhp Corsa VXR. The Antara SUV is due in May, while a new Agila, built in conjunction with Suzuki, will be seen before the end of the year. We may see the new Vectra towards the end of 2007. 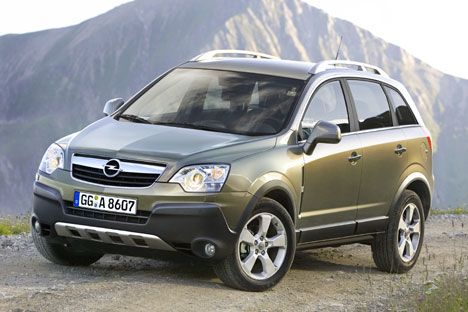 FACELIFTS dominate the early part of the year, with the new-look Touran arriving in February, followed by the Touareg in March. The Polo Bluemotion – a special Polo diesel which can return up to 72mpg – is pencilled in for a summer launch. The Golf estate arrives in August at the same time as the 155mph Passat R36.

A QUIET year for Volvo after an avalanche of launches in 2006. The new V70 estate will appear at some stage although it, and the production XC60 SUV, won’t go on sale until 2008.