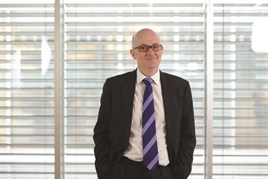 In mainland Europe, the company is already benefiting from the Renault-Nissan alliance with major fleet accounts as all three brands are offering in a group deal.

Now, Jim Wright, Infiniti vice president for Europe and the Middle East, points to a similar scenario in the UK.

“Nissan GB will help us out in introducing Infiniti to fleets,” he told Fleet News.

The company has big aspirations in the fleet sector and believes the new M car will appeal to corporate buyers.

“This car will open doors in fleet for us that the other cars haven’t been able to do,” Wright said.

He claims that around two-thirds of Infiniti customers are coming from the German premium brands with more than half from BMW alone.

“It’s people who know the cars – they travel to the US and see our cars there or they read the car magazines,” he added.

The global recession has been a set back for Infiniti which launched into Europe at the worst possible time. The UK has been particularly badly hit with delays to the development of the retail network.

Wright estimates the UK is “around a year” behind schedule. “We expected to be at nine sites by the end of the year; we are currently on four,” he said. “By the end of next year we expect to be at nine or 10.”

He added: “We are also around six months behind on our product development.”

The company will also exploit the deal recently signed with Daimler by adding Mercedes’ four-cylinder diesels into several models, likely to include the new M.

To check out the latest Infiniti car reviews, come to the Fleet News car reviews page.